Disclosure: This article is sponsored content from 3M Oral Care as part of our sponsored partner program.

Several years ago, I had a patient who went from having no problems and uncomplicated dental appointments to suddenly having to carry water with her everywhere. She also required frequent squirts of water during her dental cleaning just to help keep her mouth comfortable. As it turns out, she had recently started taking blood pressure medication. I could tell that this uncomfortable feeling was stressful for her, and I knew right away that she would start having problems with dental decay.

By now, you may be familiar with the damaging effects of xerostomia, as more and more patients show up at your practice with dry mouth symptoms, recurring dental caries and oral infections. As a former hygienist and current 3M employee, I have learned that xerostomia is even more prevalent and damaging than I had previously realized.

A more serious medical condition than its nickname ‘dry mouth’ would suggest, xerostomia can significantly compromise patients’ daily lives and oral health, if not discovered early and managed effectively. Xerostomia increases the risk of tooth decay and affects overall health. It is so common because its causes are so numerous.

More than 700 prescription and over-the-counter drugs cause or exacerbate xerostomia. These typically include drugs that treat anxiety, depression, allergies, high blood pressure, pain and other common conditions. Additionally, patients who regularly take multiple medications have a higher rate of occurrence.

Any time a patient takes a medication, their entire system can be affected — not just the disease they are trying to treat. Saliva is often a casualty, and both the volume and the quality of saliva can be affected. When saliva becomes thick and stringy, this means it may be lacking important components; and as a result, it’s not as cleansing or protective as healthy, whole saliva.

While prescription and over-the-counter drugs get most of the blame for causing xerostomia, many of the health conditions these drugs are meant to treat also contribute to dry mouth.

Here are five common health conditions that are strongly associated with xerostomia and affect people of all ages, along with my recommendations for hygienists to approach the conversation with their patients.

An estimated 16.2 million adults in the U.S. experienced at least one major depressive episode in 2016. Xerostomia is a known side effect of many antidepressant medications, but even without medication, depression itself can lead to a dry mouth. Depression has a natural anticholinergic effect on the body, meaning everything in the patient’s system is taken down a notch, including blood pressure and saliva flow. Taking anticholinergic drugs, which are typically prescribed for depression, can also contribute to dry mouth, especially when a patient first starts taking them. So, it’s no surprise that depression mixed with antidepressants can be a recipe for xerostomia.

Anxiety disorders affect 40 million adults in the U.S. population every year. Physically, when you’re having anxiety symptoms, a fight-or-flight response kicks in. And while a lot of your body’s systems speed up, some slow down, including saliva production. For example, you may notice that you get a dry mouth before speaking in public. People who suffer from anxiety may experience that level of dryness all the time. To make matters worse, nearly every medication used to treat anxiety has xerostomia as a side effect.

Each year, approximately 50 million Americans are affected by hypertension. It causes 40,000 deaths a year and is a contributing factor in another 200,000. Over the past 20 years, there has been a consistent increase in the use of antihypertensive drugs, with many patients requiring more than one drug to control their high blood pressure. These drugs, including diuretics, ACE inhibitors, calcium channel blockers and beta blockers, reduce saliva flow. Beta blockers can be especially problematic because, in addition to diminishing the flow of saliva, they can also change the composition of saliva. The composition of saliva is key to its function and affects its natural ability to keep the mouth healthy and clean and begin the digestive process.

We typically think of xerostomia affecting older patients, but it can occur at any age. About 6 percent of all American children are being treated for ADHD with medication. Stimulants like amphetamines are most commonly prescribed for children. They can cause dehydration and decrease saliva production. But antihypertensive drugs and antidepressants are also sometimes used to treat ADHD. The risk for xerostomia is compounded by the fact that somebody with ADHD might be taking two or three medications that cause dry mouth.

Asthma is a lifelong disease that affects people of all ages. About 25 million Americans have asthma — that’s one in 13 Americans — and the number has increased in all age, sex and racial groups since the early 1980s. Mouth breathing can cause dry mouth problems for asthmatics, but the big problem is the systemic medications used in the inhalers, including bronchodilators, corticosteroids and beta2-agonists. They reduce the body’s response to a stimulus, which almost always reduces saliva flow. And a major portion of an inhaled drug stays in the mouth and tends to dry out the tissues.

A few years ago, I had a teenage patient who started on an asthma inhaler. Suddenly, he had four cavities, but no previous history of dental decay. His doctor had never mentioned the dry mouth side effects, and the patient was caught totally off guard.

Consult your patients’ medical history forms and ask them about their medical conditions and prescribed medications. Patients who indicate they have a condition that may result in xerostomia should be assessed for symptoms of dry mouth. In some instances, it is advisable to check with their drug prescriber to see if there are different, less drying medications the patient could take, or whether the patient’s dosage could be reduced to relieve side effects.

It is also important to educate patients about lifestyle issues, such as limiting their caffeine intake or eliminating cigarette smoking, as these can help to alleviate their dry mouth symptoms. Educating patients about proactive measures they can take, such as drinking plenty of liquids and using sugar-free lozenges to keep their mouth moist, can also be very beneficial. In many cases, additional prevention measures, such as in-office fluoride treatments and high-fluoride toothpaste, should be recommended to help provide additional protection for the patient.

Xerostomia is an increasingly common medical condition. The earlier we can advocate for our patients and work with them to prevent or alleviate the effects of xerostomia, the better off they will be. And helping people is one of the most rewarding things about our profession. 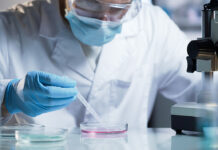 Refresher on Different Types of Scientific Studies and Their Clinical Relevance 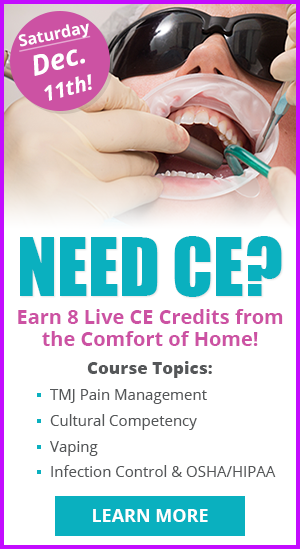 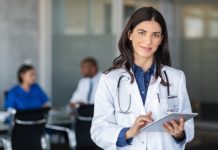 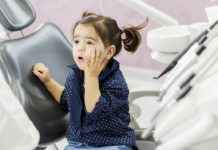 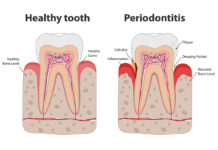 Why Are You Still Delaying Periodontal Treatments?