Several years ago, a popular talk show informed the public that dental X-rays could be a contributing factor in thyroid cancer. This was shared via emails and social media and incited fear in many people. People began declining dental X-rays and made dental professionals jobs quite difficult. Since that time, I still encounter patients that decline X-rays due to fear of excessive radiation exposure.

On average, Americans receive a radiation dose of about 620 mrem each year. Half of this dose comes from natural background radiation. Most of this background exposure comes from radon in the air, with smaller amounts from cosmic rays and the Earth itself. The other half (310 mrem) comes from human-made radiation sources, including medical, commercial, and industrial sources. In general, a yearly dose of 620 millirems from all radiation sources has not been shown to cause humans any harm.3 To give a little perspective, here is a list of ways you get more radiation than from dental X-rays.

Atlanta offers a wide range of attractions that might entice you to visit for the weekend. However, spend a mere three days there, and you will receive the same amount of radiation exposure as you would receive from your annual dental X-rays.1 Would you rather go to Denver? You only get to stay two days in Denver before you have exceeded your annual equivalent you would receive from dental X-rays.1

Let’s discuss your mode of transportation to get to your destination. If you are planning to fly, depending on your departure location, that is going to add another year worth of radiation exposure equivalent to, or exceeding, the amount you would receive from dental X-rays before you even reach your destination.

Although traveling and vacationing is much more fun than getting dental X-rays, when it comes to radiation exposure, it is safer to visit the dentist rather than going on that trip.

2) On Average, One Year of Watching Television

Binge-watching television shows seems to be a favorite thing to do these days. With so many options and easy access to streaming shows and DVR’s, binge-watching should be classified as an extreme sport. Most people aren’t interested in giving up their time with the tube, so why risk your health by giving up the opportunity to diagnose disease with a few X-rays at your next dental visit1? If you’re not one to watch a lot of television, be aware, computer screens are just as much a culprit, radiation-wise, as television screens. It is important to point out that most household products emit non-ionizing radiation. Although all radiation is cumulative, non-ionizing radiation differs from ionizing radiation in the way it acts on materials like air, water, and living tissue. Non-ionizing radiation does not have enough energy to remove electrons from atoms and molecules.7

The worldwide average indoor effective dose due to gamma rays from building materials is estimated to be about 0.4 m Sv per year, or 40 mrem, the equivalent of 80 dental X-rays. As individuals spend more than 80% of their time indoors, the internal and external radiation exposure from building materials creates prolonged exposure situations.2  If you have ceramic tile or granite in your home, you are receiving more annual radiation exponentially from being indoors than you will receive from getting your annual dental X-rays.

All organic matter (both plant and animal) contains some small amount of radiation from radioactive potassium-40 (40K), radium-226 (226Ra), and other isotopes. In addition, all water on Earth contains small amounts of dissolved uranium and thorium. As a result, the average person receives an average internal dose of about 30 mrem of these materials per year from the food and water we eat and drink.3 Here is a list of some of the most radioactive foods and drinks we ingest, Brazil nuts, lima beans, bananas, white potatoes, carrots, red meat, beer, and The annual dose you receive from food is equal to about 60 dental X-rays.

Most cat litter is made from clay (e.g., bentonite) which acts as an absorbent. Since clay typically contains elevated levels of naturally-occurring radionuclides, large amounts of cat litter can be measurably radioactive. Shipments of cat litter have been known to trip radiation monitors.

There are varying estimates of the amount of cat litter sold in the U.S., but for the sake of the calculation, let’s assume 4 billion pounds per year. If true, this means approximately 50,000 pounds of uranium and 120,000 pounds of thorium are purchased in the form of cat litter each year by the American consumer.4  This may explain why we hear about the “crazy cat lady” and not the “crazy dog lady.”

Naturally-occurring background radiation is the main source of exposure for most people. Natural radiation contributes about 88% of the annual dose to the population, and medical procedures most of the remaining 12%. Natural and most artificial radiation is not different in kind and effect.6 The sun and stars send a constant stream of cosmic radiation to Earth, much like a steady drizzle of rain. The Earth itself is a source of terrestrial radiation. Radioactive materials (including uranium, thorium, and radium) exist naturally in soil and rock. Essentially all air contains radon, which is responsible for most of the dose that Americans receive each year from natural background sources. All people have internal radiation, mainly from radioactive potassium-40 and carbon-14, inside their bodies from birth and, therefore, are sources of exposure to others.5

We live in a radioactive world, and radiation has always been all around us as a part of our natural environment.3 The list of potential everyday items that expose us to radiation is endless. Nail salons use UVA radiation when you get a gel manicure; smoke detectors, cell phones, smart watches, some gemstones, even microwave ovens produce small amounts of radiation*. All these things have made our lives easier, safer, and more enjoyable; the same can be said about dental X-rays**.

Digital dental X-rays produce between 80% and 90% less radiation than traditional X-ray films. Dental X-rays can help diagnose disease and pathology. The pros certainly outweigh the cons when it comes to having routine dental X-rays. Next time you are considering skipping your dental X-rays** due to radiation exposure, maybe you could skip a few days of watching television* instead. 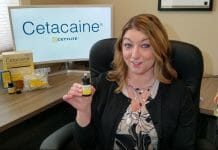 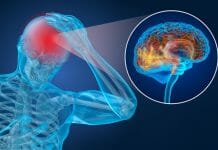 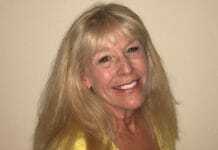 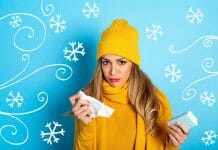