Home Dental Hygiene Cigarettes: The Cultural Reach of a Killer from Not Long Ago
Facebook
Twitter
Linkedin
Email
Print

In October, I found myself on a flight from Phoenix to Billings, Montana. I dislike flying. As soon as my butt found my assigned seat, I stuck my headphones in my ears and attempted to manifest a healthy headspace. I was irritated to find myself needing to use the restroom halfway through the flight since this would require me to break out of my fear-induced shell of make-believe calm and security.

I fought the urge to leave my seat for a few more songs and then had to accept the reality that Billings wasn’t coming soon enough. I staggered my way up the aisle to the front of the plane and found the Cracker Jack box of a restroom. I couldn’t believe my eyes when I opened the door. An ashtray? In an airplane? In 2022?

Jump forward to today: While researching information about the tobacco industry, I learned that smoking cigarettes was banned on commercial flights in 1990.1 I was born in 1992. The 1990s don’t seem that far away to me. It’s hard to imagine that only a few decades ago, people were smoking cigarettes in the confines of airplanes, dang near shoulder to shoulder with strangers.

I would have hated flying that much more.

Before the Civil War, tobacco was smoked in cigars or pipes, but cigarettes increased in popularity during the war. The soldiers who fought in the Civil War enjoyed Bull Durham tobacco. When they returned home after the war, they wrote letters to Durham asking for shipments of the rolling tobacco. This prompted a move from local sourcing to national distribution, and the big tobacco industry began to rise through this demand.1

A couple of decades after the introduction of cigarettes in the United States, many people were questioning the risks of this rising trend, though most questions were “largely motivated by moral and hygienic concerns rather than health issues.”2

I recently attended a 1920s-themed party where I learned that the long cigarette holders traditionally used by beautiful women served to keep the cigarette smoke from tainting their lovely gloves. This seems like a perfect example of how health wasn’t the first concern, but rather hygiene was.

By the early 1950s, it was suspected that a relationship between cigarette smoking and disease existed. The suspicion rose from a rise in lung cancer diagnoses that paralleled the increasing popularity of cigarettes. Two cohort studies published in the 1950s found a dose-related response to cigarette smokers and their health. They found that 96.5% of lung cancer patients in their control groups were moderate to heavy smokers.3

In 1964, the Surgeon General of the United States concluded that cigarette smoking causes laryngeal and lung cancers. The government also suggested links to “other illnesses such as emphysema, cardiovascular disease, and various types of cancer.”3

In 1969, the advertising of cigarettes was banned from radio and television, and change moved quickly from there. The 1970s saw a rise in public awareness, and it was discovered that secondhand smoke is a serious risk to the nonsmoking population. In 1979, the government banned smoking in government facilities, though smoking wasn’t banned in the White House until 1993.2

The 1990s showed the biggest change in the cigarette industry, starting with the ban on cigarette smoking on commercial airplanes. By the mid-1990s, multiple states had sued the tobacco industry to recover Medicaid costs due to tobacco-related illnesses. Forty-six states filed suits, and three states made settlements with big tobacco – Minnesota, Florida, and Texas.2

In 1998 the largest settlement in United States history was approved by the tobacco industry totaling $206 billion to be paid through 2025.2 This agreement is known as the Master Settlement Agreement. The agreement “requires the tobacco industry to pay the settling states billions of dollars annually forever, forbids participating cigarette manufacturers from targeting youth, imposes restrictions on advertising and promotional activities, bans or restricts transit advertising, outdoor advertising, product placement in media, branded merchandise, free product samples, and sponsorships.”4

I remember being a kid in the early 90s and seeing Marlboro merchandise around the house – hoodies, thermoses, backpacks, you name it. My dad smoked Marb reds, and I have since learned that Marlboro published catalogs advertising branded merchandise. If you smoked enough cigarettes, you could send in your labels to Marlboro in exchange for some sweet swag or merch. This clearly ended with the birth of the Master Settlement Agreement.

The Decline in Cigarette Sales

Cigarettes have been the leading cause of preventable death in our country, “resulting in nearly one in five deaths each year.” Thankfully, the data shows that tobacco use has been declining over the last 20 years and continues to do so. The global decline of tobacco use shows 32.7% of the population age fifteen and older used tobacco in 2001, compared to 22.3% in 2020.

Studies also show that tobacco is on the decline in lower age groups, with Millennials and Gen Z using less than the generations before.5

Cigarette sales have decreased from 9.8 billion packs to 9.1 billion packs from January 2020 to December 2021, and the price has increased in that time from an average of $6.76 per pack to $7.22 per pack. It is unknown whether the increased price slowed consumption or if the price was increased to make up for lost revenue.6

The global and nationwide decline of tobacco can be credited to many factors, organizations, and efforts. The terms of the Master Settlement Agreement clearly changed the landscape, but so did efforts from the World Health Organization, the Centers for Disease Control and Prevention, and, nationally, the Food and Drug Administration. Increased public health education and awareness have aided in the fight against big tobacco. Public restrictions, including clean air policies and increased ages of sale, are examples of how our national and local governments have assisted in protecting our public.

The COVID-19 pandemic may have also played a part in tobacco’s decline since cigarette smokers are a more at-risk population. I know a firsthand example of this. My grandpa was a cigarette smoker for the majority of his life (I assume). He contracted COVID-19 and has since had respiratory difficulties. Grandpa had to complete a series of nebulizer treatments to try and get his lungs back into shape and had to get an oxygen tank for his home. He loses his breath easily and hasn’t bounced back to the health he had pre-COVID. Thankfully, he has quit smoking.

The 1990s sometimes feels like yesterday, but on other days, the decade seems forever ago. As dental hygienists, I think it’s important to realize that, yes, our society has changed and has changed rapidly, but only in the last 30 years. When treating patients who are smokers, let’s not judge but consider the time period in which these patients grew up and how our past society may have influenced them.

We should also consider that, though smoking has lost popularity in our culture, it still isn’t completely wiped from it. We still see smoking on new TV shows. A good example of this is the strawberry blonde tornado, Beth Dutton, one of the most notorious characters on the very popular show Yellowstone.

As our society continues to improve and move away from big tobacco, let’s strive to reserve compassion and a little understanding for our patients struggling with tobacco addiction or less progressive about the subject. Change is difficult for some people, and it’s even more difficult when trying to break an addiction and a habit combined.

The times of social acceptance are gone, but the memories still remain. You don’t hear “smoking or nonsmoking” in Denny’s, and our vehicles aren’t designed with ashtrays in the center consoles or inside the passenger doors. Marlboro merchandise occasionally pops up on thrift store shelves for $3.50, where a 1990s baby might scoop it up for the nostalgia. Historical brick buildings in Uptown Butte or downtown Great Falls display faded, painted advertisements for cigarette brands. Grandfathers still smoke until they’re told they’re dying.

Some airplanes have ashtrays in the restroom. 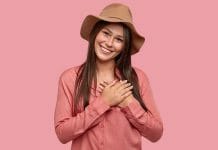 Starting the New Year from a Place of Giving and Gratitude 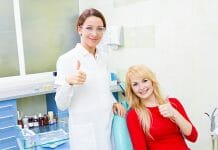 How to Build Relationships with Your Patients 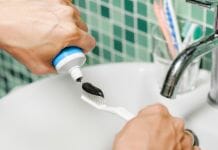 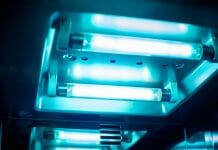