“It will never happen to me” is likely a mantra that many parents believe, especially when they become parents for the first time. In no time, those tiny hands and feet grow into tweens and teenagers, and you now are in the thick of raising young adults. You are about to face a multitude of worries — drugs, alcohol, late night curfews. One thing I did not expect was the life with a child who experienced an eating disorder (ED).

After having had a rebellious firstborn, it was an extreme pleasure to have a second-born child who was “the perfect child.” Rarely was there an issue! We mostly skated through high school without a problem, other than three concussions that took forever to heal. But from a behavioral perspective, there was not a problem! Until I learned during the last part of her senior year that I had not been privy to a problem that had been ongoing since middle school.

How could I not know? She lived in my house, and we were very close. There’s no way she would keep a secret from me for so long. I was, indeed, wrong. She did. My perfect world with her crashed with no signs whatsoever.

The thing is, she told me later, is that I did know or at least saw signs. She said the first one was when I was cleaning her teeth and noticed petechiae on her soft palate. I questioned her about having had trauma there or a major coughing fit. She chose the latter as her response. It gave her an out. She was thin, but not too thin, in my eyes. However, her migraine medication, Topomax, cites weight loss as a complication from taking the medication. After all, we had been seeing medical professional after medical professional during the times of the three concussions. Surely, she was fine.

Then the lightbulb came on for me, the mother, not the hygienist. The third concussion occurred at her workplace when she was 16 years old. I got a call that I needed to get there, that she had passed out, and they wanted me to take her to the hospital to be evaluated. Even that night I questioned if she had eaten, and she replied “A handful of things.” Twenty/twenty certainly is hindsight when you have the complete picture; the signs were there but weren’t all coming together. The concussion issues certainly obscured it all.

How can dental professionals help parents or family members identify potential eating disorder behavior? We have cardinal signs that we usually look for: erosion, especially the lingual of the maxillary anterior, which can also contribute to thinning enamel, tissue irritations near the back of the throat, Russell’s sign, callous that forms on fingers that are used for purging, and an increased rate of caries.1 But I can tell you that there are other signs that are less evident.

I can recall having a conversation with two patients shortly after my daughter’s diagnosis, which had put her into a day program for treatment. The first patient, probably late 20s/early 30s, exhibited the classic eroded enamel on the lingual of the maxillary anteriors. She was a new patient. She was also a runner who ran many miles and was relatively thin. Being the investigator that all of us are, I asked, “Do you have a previous history of sucking on lemons, had many episodes of vomiting, or perhaps an eating disorder?” She became quite abrupt with me, shutting down any conversation about this at all by saying, “That’s always been like that.”

At the next appointment with her, I questioned her again and received a similar response. After the appointment, she advised the front desk that she no longer wanted to see me. It was upsetting that I was doing my job and the patient was not able to value that. However, I can say I would not do a thing differently because patients deserve all the help we can give them, even if it seems that talking to a patient about the potential of having an ED does not seem like the norm for a dental visit.

The second patient I saw was actually forthright with the doctor and myself after being diagnosed with multiple areas of decay. It was a very intimate moment for me to be able to participate in her care and having the privilege to educate her. From that moment on, there was a bond between the two of us. I was able to share the journey I had been on with my daughter.

It seemed as if the patient felt she was in good hands and was able to trust me to care for her needs as a patient with ED. Each time she returned, we made it a point to say hello, and that was an opportunity to check in very causally. She had embraced where she was with ED and knew that it was something she would live with day in and day out. She had specific goals dentally that she wanted to achieve, so she saw us as her advocates, trusting us with her care.

Education of the ED patient is vital. Dental professionals need to show extreme compassion to the disease, which is a mental illness. 1 How should we educate? For patients with bulimia, we should advise to not brush for 30 minutes after a vomiting episode. Instead, rinse with a sodium bicarbonate rinse and recommend use of fluoride at home. 1 Additionally, advising fluoride treatments at routine hygiene appointments is necessary. If the patient is taking any antidepressants, which can be common, discussions surrounding xerostomia would be necessary as well.1

Nutritional counseling is also an important educational tool, but remember to be compassionate with the ED patient. Be aware of what a discussion about “diets” can trigger. Advising against highly acidic drinks will be critical to the reduction of further enamel erosion for patients with bulimia. Encourage the ED patient to choose a balanced diet that follows the advice of any treatment plans they may have from their recovery programs or dietitians with whom they may be working.

What can we see in the oral cavity of a patient with ED? According to Nutrition for Dental Health, the following are highly likely to be evident: ditched amalgams, enamel erosion, sensitivity, irregular incisal edges, and discolored teeth.1 Use of intraoral imagery will be beneficial in documenting the progression of these dental issues. Keep in mind that some patients will require minor dental care and others will be in need of full mouth rehabilitation, which should be considered once the patient has been able to change their ED behaviors.1

As a dental hygienist and now dental hygiene educator, I have had the privilege of sharing my daughter’s story and the journey we have walked with ED. It is difficult to say that it is a passion of mine to talk about ED because that just seems wrong. If I can change the life of just one patient, student, or family member, then I have done my job well. ED should not be a taboo topic; it should be discussed appropriately, so consumers are aware of the risks while being educated on how to deal with this mental illness head-on. 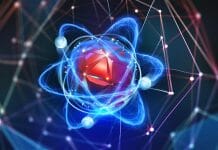 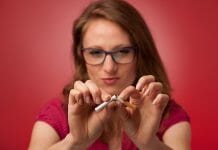 Former Smoker, Also Your Hygienist: Best Advice I Got to Quit 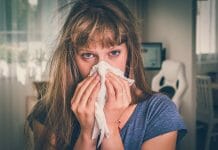 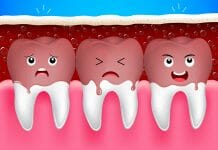