In May 2020, the World Health Organization (WHO) estimated that around half a billion people worldwide are living with genital herpes, and several billion have oral herpes. While available antiviral medications help reduce symptoms, there is no cure.

A paper published in the science journal Nature Communications reported that a team of researchers were able to eliminate over 90% of latent herpes simplex virus ‒ which causes oral and genital herpes ‒ in mice.1 Curing mice is a long way from curing humans, but it’s still an exciting step.

Herpes is a small family of viruses that cause infection throughout life. Herpes simplex virus type 1 (HSV1), for instance, is a neurotrophic herpes virus that sets its latency within sensory neurons. This is the version we know as cold sores. After the first infection, the virus will replicate within mucosal epithelial cells and enters sensory neurons via nerve termini. The virus is then transported to neuronal cell bodies, where latency can be established.2 Periodically, the virus reactivates. HSV1 is typically transmitted during childhood, whereas type 2 (HSV2) is the cause of most genital herpes occurring later in life. When the virus wakes up, it then travels back out of those nerve cells, and that then causes the ulceration or lesions that we see visually.

An interesting note on the fight against HIV: Having the herpes simplex virus raises a person’s risk of acquiring HIV two to threefold.3 In parts of sub-Saharan Africa, almost half of all HIV cases that exist can be traced back to a pre-existing herpes simplex virus infection.

Acyclovir medication has been used for over 35 years. The drug basically pushes the virus back into a sleeping phase. The drug slows it or tamps it down. Next-generation drugs such as valaciclovir and famciclovir do the same, but some are a bit better or a little different. The results are similar. They work by decreasing the production of the virus’s DNA.4

In 2019, acyclovir was the 157th most commonly prescribed medication in the United States, with more than 3 million prescriptions.5,6 Keep in mind that patients with poor liver and kidney function have the potential for serious side effects.

Everyone who is infected establishes latency; however, not everyone will develop symptoms. They also may never pass it on and may never even know they have the virus. Unfortunately, a group copes with reactivation that is common as often as every month or every couple of weeks.

When the virus goes night-night in nerve cells, it coils itself into a circle that resembles our own DNA. Cells are encoded and contain billions of those DNA letters, and herpes contains about 150,000 arranged in that circle floating around within a nerve cell. Each nerve cell may have multiple copies, maybe 10 or 20. The latent herpes virus is literally asleep. It does nothing. There is only one part that makes a tiny bit of RNA (a cousin to DNA), and it makes a piece that the immune system won’t recognize. There’s nothing about the process that acyclovir can inhibit.

Then a brilliant doctor looked for a solution to find the DNA and make it go away. He started his quest over 10 years ago.

Dr. Keith Jerome, a physician and medical researcher on the faculty in the Fred Hutchinson Cancer Research Center at the University of Washington, began to dig into an area of research called gene editing. During the last few years, we have all heard about CRISPR, which is a particular type of gene editing.

CRISPR, however, is only one type of protein for gene editing, and Dr. Jerome dug in ages ago with something called meganucleases. He realized that gene editing proteins have a special potential to look at specific DNA ‒ such as in the case of herpes, a virus ‒ and ignores everything else. He then figured out that gene-editing proteins can find an infection like HIV, herpes, or hepatitis B and then destroy the DNA leaving the rest of the body alone.

His thought was that if he could selectively destroy the viruses, there may be a cure.

His approach with gene editing is to actually cut little circles of viral DNA in a couple of places and make it fall apart. The body can recognize it, degrade it, and get rid of it. Once again, an out-of-the-box thinker was frowned upon by some scientific circles. Funding was hard, but a couple of foundations liked his “crazy” idea. Early on, getting the National Institute of Health (NIH) to take the research seriously wasn’t a slam dunk. Through trial-and-error, Jerome’s team was able to remove 90 percent of the latent virus in mice and did receive a grant from the NIH.

The cutting is the fancy part. Meganucleases are the name for molecular scissors that Jerome used to locate the virus. It has been around a long time and evolved from studies of yeast. They recognize a specific type of DNA ‒ in this case, 20 letters of DNA. The letters must be in the perfect order and combination. If the meganucleases see the 20 letters in exactly the right order, it will make a cut in the DNA. That’s how they destroyed herpes.

The reason we don’t hear so much about meganucleases is that it is getting replaced by the CRISPR system. To replace the 20 letters in the correct order, CRISPR can do it overnight, whereas meganucleases take months. However, there are some advantages to meganucleases with herpes ‒ one being that they couldn’t get nearly as efficient destruction of herpes with CRISPR.

Getting to human trials will take a few years, and they are working on the generation of similar data for HSV2. The research for HSV2 will use guinea pigs, which, unlike mice, experience natural reactivations of herpes virus infections, just like humans. There is also hope that these meganucleases may be effective for viruses like herpesviruses 4 (also known as Epstein-Barr virus) and herpesvirus 6 (which has been connected to multiple sclerosis, chronic fatigue syndrome, and other conditions).

Science is amazing yet can be painfully slow. In late 2021, Stanford scientists released data in their development of a drug that blocks herpes in mice and will also be tested on COVID. In their animal experiments, they used peptoids. Peptoids are different than peptides which are quickly degraded by enzymes. Ultimately the dosage can be much lower, simple, and inexpensive to make.

Sharing some of this research with dental patients gives hope to those who suffer from cold sores. Additionally, as clinicians, we should be up to date with the latest scientific advances that will help treat our patients and elevate our role as health care providers.

As always, the future is bright, and perhaps those annoying cold sores will be a thing of the past.

Note: Hygienists should not treat patients with active oral herpes. Read why here. 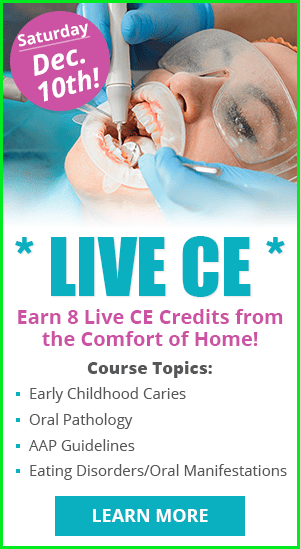 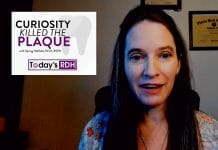 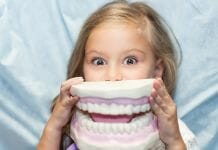 Ask Kara RDH: Only Polishing Children and Considering It a Child... 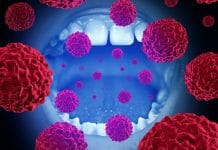 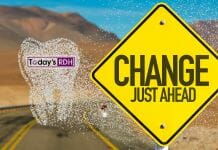 Today’s RDH: The Winds of Change