The recent pandemic has caused some concern among hygienists about the future of their careers. Many have voiced concerns about going back to work, and many have toyed with the idea of starting a new career. Dentists have made bold statements going as far as claiming “dental hygiene as a career is done.”

These concerns seem to be stemmed from the fact that we will need to up our PPE and infection control game. The expense seems to be the concern of the dentists, and the fear of not having proper PPE is the concern of the hygienists. This seems like a minor adjustment to make in order to safely accommodate our patients and continue to treat periodontal disease. We know that periodontal disease is not innocuous; we would be doing our patients a disservice by ignoring this important fact or eliminating a member of the dental team that addresses and treats periodontal disease daily.

If history is any predictor of the future, dental hygiene is far from done. Although many hygienists may not be aware of it, this is not the first challenge dentistry will face, nor will it be the last. Hygienists may need to accept some serious changes moving forward, but the need for treatment of periodontal disease will live on.

The challenges we face currently are quite different than those we have faced in the past. In the past, the challenge was finding effective treatment and maintenance of periodontal disease. Currently, we face the challenge of highlighting the need to continue the treatments we struggled to perfect. The need for well-trained and educated dental hygienists to continue to serve alongside dentists to improve not only oral health but overall health as well, still remains.

There is clear evidence that, as far back as 5000 BC, people were suffering from periodontal disease. The Royal Library of Ashurbanipal holds thousands of clay tablets with information showing indications of periodontal disease and the treatments that were used in early civilization. One such remedy states, “…if a man’s teeth are loose and itch, a mixture of myrrh, asafetida, and opopanax, as well as pine-turpentine shall be rubbed on his teeth until blood comes forth and he shall recover.”

Hippocrates wrote about the dentition in The Hippocratic Collection. He specifically describes what he believed to be the etiology of periodontal disease. He believed it was due to the accumulation of calculus, which is referred to as “pituita” in his writings. He describes the disease as, “The gums are detached from the teeth and smell bad.” Most dental professionals agree that is a very good description of periodontal disease.

Aulus Cornelius Celsus, a Roman encyclopedist, known best for his medical writings in De Medicina wrote about periodontal disease as well. He described it as a disease that affects the soft parts of the mouth. He goes on to describe treatment as, “If the gums separate from the teeth, it is beneficial to chew purslane or pears and apples and keep their juices in the mouth.” 1

Periodontal Disease in the 1800s

In the 19th century, there was much debate about the cause and treatment of what was described as “destructive gum disease.” The center of the debate was whether it was a systemic or local cause of disease. It is interesting to think that debate raged on for hundreds of years before we came to a clear consensus.2

Periodontal disease went by a variety of names in the 1800s, including Riggs’ disease. Riggs’ disease was described as a purulent inflammation of the dental periosteum. It was named after the American dentist John Riggs. Dr. Riggs was Mark Twain’s personal dentist and one of the main characters in Twain’s short story Happy Memories of the Dental Chair. In his short story, Twain describes the experience of his personal periodontal therapy.2,3

Twain mentions, for example, what Dr. Riggs told him at the onset of his disease diagnosis, “He said most people have Rigg’s disease, especially people whose teeth appeared to be perfectly sound and flawless; said one did not often find it with bad teeth, said it was heritable – where it existed in the parents, it would usually be found in the children.” 3

Periodontal Disease in the 1900s

In May 1914, two female dentists, Gillette Hayden and Grace Rogers Spalding, led the establishment of the first national organization focused on the diagnosis and treatment of periodontal disease. The organization was the American Academy of Oral Prophylaxis and Periodontology. In 1919, the name was changed to the American Academy of Periodontology.

Prior to World War II, dental requirements for soldiers included military recruits must have six opposing teeth. During recruitment in the 1940s, it was discovered around 400,000 young men were disqualified because they did not possess six opposing teeth. The standards were lowered to be able to accommodate the need for recruits to serve in World War II. Although much of the tooth loss was attributed to dental caries, this situation was brought to the attention of the US Congress. Soon after, on June 24, 1948, President Harry S. Truman signed legislation to form the National Institute of Dental Research. It would later be renamed the National Institute of Dental and Craniofacial Research (NIDCR).

This research program has been responsible for many significant contributions to dentistry, particularly in the area of periodontal research. Scientists at the NIDCR were the first to culture a spirochete. They have also done extensive research in the areas of oral microbiology/immunology, extracellular matrix biology, and epidemiology as it applies to periodontal disease.2

Periodontics in the 21st Century and the Future

Dentistry has trudged ahead in many areas. The introduction of community water fluoridation reduced caries by 30% to 50%. The introduction of dental implants has been a game-changer for tooth replacement. Some dentists/scientists are even isolating stem cells to use for tissue reconstruction. Yet, periodontal disease has remained stationary with a primary focus on treatment and prevention.

Instead of focusing on the difficult time we are all experiencing now, let’s focus on where we are going in the future. Dental hygienists need to push to have more autonomy to treat patients by encompassing our full scope of practice.

Don’t get me wrong. I am not advocating for independent practices, although some hygienists may like to see that. What I am advocating for is the ability to treat and diagnose periodontal disease, treat patients in long-term health care facilities that are being neglected, and become a more central figure in health care.

Clearly, periodontal disease has played a major role humans’ development of health-care strategies. We have learned a lot through the years, and we continue to better our understanding of this complex disease that has plagued man from the beginning of time

Do we have challenges before us? Absolutely. Have we dealt with some serious challenges in the past? You bet; however, dental hygiene has triumphed. I would love to see more hygienists pushing forward and fewer burying their heads in the sand or giving up altogether. Dental hygiene as a career has come a long way. In my estimation, there is still a long way to go. Stand strong, my fellow hygienists, we are in this together, and we will prevail better and stronger on the other side of this pandemic. 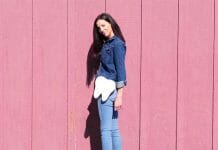 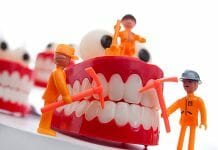 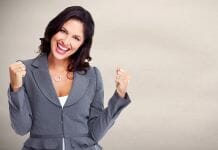 How One Hygienist Became a Dental Hygiene Educator & Changed Her... 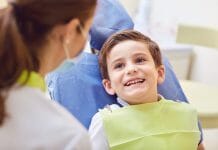