Our goal as hygienists in treating active periodontal disease is not only to remove calculus contributing to bacterial growth and chronic inflammation but also to kill the bacteria which causes periodontal disease progression. Many of us were taught in school to irrigate periodontal pockets with chlorhexidine gluconate following non-surgical periodontal therapy/SRP to ensure bacterial destruction, as chlorhexidine has been designated as the gold standard of antibacterial treatment for periodontitis. However, is this truly benefiting our patients? This article examines research which indicates chlorhexidine inhibits fibroblasts in the human body, possibly harming our patients more than helping them.

Chlorhexidine gluconate 0.12% (CHX) is a powerful antimicrobial rinse intended to combat gingivitis. It has high substantivity in the mouth, allowing for an antibacterial effect lasting over 8-12 hours. A longer period of use is also beneficial to treat gingivitis. A study quoted on the Daily Med website found after six months of use, both aerobic and anaerobic bacteria in the mouth were reduced by 54-97%.

CHX is commonly prescribed in the dental office to combat bacteria causing bleeding and inflamed gingiva. Patients are instructed to swish for 30 seconds, twice per day, to achieve these effects. CHX works because it binds to negatively charged sites on the bacterial surface wall through electrostatic forces. This interaction pierces the membrane structure and causes leakage of intracellular components, leading to bacterial destruction.

Because of these strong antimicrobial effects, chlorhexidine is often used off-label for post-SRP irrigation. The goal is to kill the pathogenic bacteria deep in the periodontal pocket to allow for periodontal reattachment to the freshly scaled root surface. Usually, CHX is delivered in the form of irrigation, but for reference, PerioChip® is a brand name of another CHX product used to treat periodontal disease. It is a 2.5mg dose of chlorhexidine inserted directly into the pocket, providing immediate antibacterial effects, as well as gradual release over time. However chlorhexidine is delivered, it is a powerful tool when used correctly. Gingivitis does not require formation of a long junctional epithelium to heal, so the strong antibacterial powers of CHX are appropriate. However, after periodontal therapy, the formation of a long junctional epithelium is desired.

If you were to ask a group of hygienists about the drawbacks of chlorhexidine, the overwhelming first response would likely be “stain.” I think we are all familiar with the efforts required to remove this brown stain and patients’ understandable dissatisfaction with staining. Despite our frustrations, we know stain does not negatively affect gingival or periodontal health. It sticks to existing plaque, so with good home care and regular hygiene visits, staining should not be a reason to avoid chlorhexidine. The only concern with chlorhexidine stain is for a patient with anterior restorations with rough margins, because stain may tenaciously adhere to these surfaces.

Some patients report minor alteration of taste following chlorhexidine use, but this generally resolves over a short period of time. There is also evidence noting that chlorhexidine usage increases supragingival calculus formation, which no hygienist is thrilled over. There is no conclusive result about subgingival calculus formation related to chlorhexidine usage at this time, but this information about side effects (also found on the Daily Med website) should be taken into consideration when recommending this rinse.

The most serious charge against chlorhexidine is inhibition of fibroblast formation in the periodontal pocket. The main study revealing this information dates back to 1991. This experiment coated the roots of human teeth in 0.12% chlorhexidine for three minutes and then incubated with human fibroblasts for varying amounts of time ranging from 1 to 8 hours. There was a statistically significant difference in cell attachment between the control group and all chlorhexidine coated teeth. The authors of the study found, “Exposure of root surfaces to chlorhexidine significantly inhibits subsequent fibroblast attachment which may interfere with regeneration of the periodontium. Hence, the data suggest that efforts should be made to minimize chlorhexidine contact with the root surface with physical barriers” (Alleyn et al., 1991). It is important to note that 0.12% chlorhexidine is the same concentration we use clinically.

Polimeni, Xiropaidis, & Wikesjö published a study about healing following periodontal surgery, which is certainly more invasive than non-surgical therapy, but the general goal of tissue healing is the same. In tissue healing, a fibrin clot first forms over a cleaned root surface. This clot transforms into a long junctional epithelium, clinically realized as pockets with reduced depths. The study explains, “Collectively, these studies all appear to support the vital importance of unimpeded absorption, adhesion and maturation of the fibrin clot for formation of a connective tissue attachment over a long junctional epithelium, as discussed above” (2006). They elaborated, “Detachment of the maturating fibrin clot from the root surface owing to a lack of wound stabilization will inexorably compromise periodontal wound healing, ultimately jeopardizing the regenerative process” (Polimeni et al.,2006). The fibroblasts role in creating the long junctional epithelium is of utmost importance. Aside from reduced swelling of tissue, this is how we achieve reduced probing depths and create an environment that is healthier and easier for our patients to clean at home. CHX irrigation interferes with this healing process.

An article abstract by Gianelli, Chellini, Margheri, Tonelli, and Tani, explained the destructive effects of CHX were known regarding bacteria, but they had concerns about damaging good cells as well. They stated, “CHX is highly cytotoxic in vitro and invites to a more cautioned use of the antiseptic in the oral surgical procedures” (2008). This substance is very powerful, too powerful to be used for post-SRP irrigation.

Another study performed in 2016 also added to the alarm. Wyganowska-Swiatkowska et al. studied the concentration of chlorhexidine that is harmful to gingival tissues and discovered a 0.002% dilution of chlorhexidine has effective antibacterial effects with minimal cytotoxicity compared to stronger dilutions used clinically, but it is still harmful to tissue compared to the control (2016). This experiment was designed to mimic the conditions found in the mouth. The cells were exposed to chlorhexidine for 15 minutes, longer than the time used for oral irrigation and at home rinsing, but much shorter than the prolonged exposure due to the gradual release of CHX in the tissues.

The researchers stated, “The low concentration (0.002%) of CHX does not interfere with the proliferation and morphology of gingival fibroblasts. The higher concentration (≥0.04%) of CHX inhibits cell proliferation and, to a certain extent, affects cell morphology. Thus, the application of CHX in the post-surgical antiseptic treatment of the oral cavity should be limited” (Wyganowska-Swiatkowska et al.,2016). The regular dilution of chlorhexidine is not recommended for the promotion of tissue healing. The 0.002% concentration of CHX needs more research to determine if it is clinically effective in post SRP healing, but as the higher concentration has dubious results (Ohler et al.,1998), it is unlikely to be helpful in treating perio disease. Wyganowska-Swiatkowska et al. list the damaged cells from CHX (concentrations greater than 0.002%) as gingival fibroblasts, gingival epithelial cells, periodontal ligament cells, cultured alveolar bone cells, and osteoblastic cells, with reduced gingival fibroblast adhesion to root surfaces (2016). Even diluted chlorhexidine can be harmful, and if it is watered down, the antibacterial effects are also diluted, and the results are not useful.

While I may sound alarmist, I am not advocating going back to our offices and pouring all of our chlorhexidine down the drain. Instead, my intent is to update what many of us have learned in college and referenced for CHX use. It is a good tool when used correctly to treat gingivitis, but the evidence presented indicates it should not be used following SRP because it inhibits fibroblasts from accomplishing our desired attachment.

Some alternatives to SRP irrigation which are currently being discussed are laser therapy, diluted bleach, or a Povidone-iodine solution. It must be noted, Povidone-iodine has also been found to inhibit fibroblast attachment and deserves further research (Balin & Pratt 2002). Each of these alternatives is intriguing and deserve an article of their own. It is important that no matter what we attempt with our patients that our decisions are founded on evidence-based research. 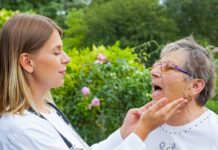 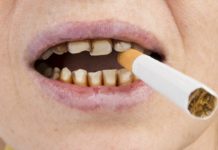 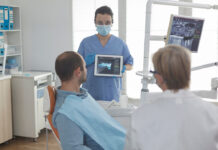 Dental Prevention vs. Treatment: Breaking It Down 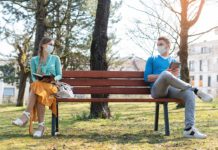