Landing my first dental hygiene job was a breeze. I had just graduated from the dental hygiene program and was excitedly looking for a position to jumpstart my career. The third office I walked in to hired me on the spot after I handed them my very green resume. I was beyond perplexed but also extremely ecstatic. I smiled the whole way home.  It took me a few weeks, but I eventually solved the riddle of my instant job. This was no dental office; this was a cattle mill.  I was forced to see any and all people who wanted their teeth cleaned whether they had an appointment or not! I knew I was just beginning my career, but I was smart enough to know that this isn’t how a dental office should be run and more importantly; how patients should be treated. Because I was crunched for time, it left no room to affiliate with the patients. Needless to say, I didn’t stay very long at this office nor do I have much recollection of my patients.

A year later, I started fresh in a new office in a new state.

It was here that I was able to slow down and build relationships with my patients. Until I was familiar with them and could remember tidbits about them, I would write little facts I had learned during the appointment on a sheet of paper that I tucked in their chart. Patients were touched that I “remembered” that they were taking a trip to Europe or that they were expecting their first grandchild. This laid the foundation of a patient-clinician relationship. Eventually, I didn’t require these notes. I’ll admit that this tactic was initially done to gain likeability. I felt if I came across as personable, they would accept me as their new dental hygienist easier. I was right, they did. Year after year I treated these patients without fail and right before my eyes unintended relationships formed. I found myself looking forward to their visits, and they expressed the same sentiment. I realized that these people were not just patients but were slowly becoming my little work family. However, this job came to an end three years later when my boss spontaneously retired without selling the practice.

As luck would have it, a dental office opened 3 miles from my home, just months after my previous office closed.

I began my journey here as the new dental hygienist yet again. I was pleased to have another job, but at the same time, I knew that I had a lot of ground to make up considering I would see all new faces. I began the same routine of trying to remember at least one fact about the patient that I could recount at their next visit. And again relationships bloomed.

It wasn’t until I had been working at this office for a few months that the impact I had made on my patients became apparent. A familiar name appeared on my schedule, and to my surprise, it was a former patient from my last office. It was during that appointment that I learned that he didn’t just find me by luck, he sought me out. He told me that he couldn’t imagine anyone else cleaning his teeth and he enjoyed my personality.  I was humbled.  But it didn’t stop there. Once, while shopping a woman ran up to me and said, “Oh my goodness, it’s you! I finally found you!” She was yet another patient from my previous office. People began to talk, and before long I had managed to recruit a plethora of prior patients completely unintentionally. Did I touch these people that much? It struck a chord with me. Those whom I never even realized I built a relationship with, were seeking me out.

Now, I am constantly thinking of ways I can make my patients smile or ways I can be of help. Why do you ask? I do these small things because I care about them! I send cards to patients who are sick, have lost loved ones, or have moved out of state to let them know I wish them the best. I have even bought small gifts for patients when I felt the need. I once had a man proudly come in on his 80th birthday to have his teeth cleaned. Waiting for him was a special birthday cupcake. I clip coupons for them, research products, and invest in prophy paste flavors they will enjoy. I come to work, and I give them me. I listen when they need to vent, cry with them when they share their sorrows, and I always laugh out loud when we share our joys. These connections build trust and bonds. These bonds make my job easier, and their appointment anticipated because these patients know that they are more than just teeth. 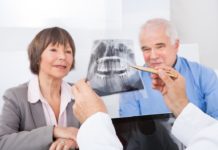 The Relationship Between Poor Dental Hygiene and Cancer

DENTISTS: Why You Should Give Your Hygienist 60 Minute Appointments

What Other Hygienists Do: A Look at a School-based Dental Program 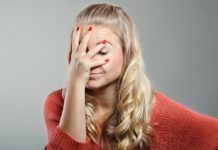 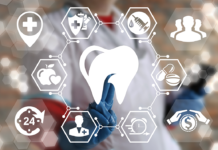 Bridging the Gap between Medicine and Dentistry 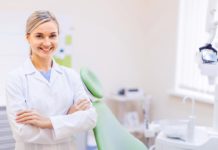