Health trends are like bad friends, they come and go. It is easy to get sucked into the pressure of the latest diet and lifestyle trend that is sure to give you that bikini body you have been working to achieve since high school. “Probiotic,” “good bacteria,” “microbiome,” “healthy gut,” are they just trendy buzzwords or have scientists finally found the key to disease prevention? Hippocrates said it first, “All disease begins in the gut.” I am sure “probiotics” are nothing foreign. We know, just eat some yogurt, and we can reap the benefits of this good bacteria.

So, it’s easy. Jump on this anti-inflammatory diet bandwagon, take a probiotic, and you are well on your way to autoimmune conditions, cancer, and disease prevention. When we eat this way, we are happily feeding the 100 trillion bacteria they have found living in the gut. Well, how many bacteria are living in our mouths? And wait, isn’t periodontitis an inflammatory condition, hence the “-itis?” Dental hygiene is seriously missing out on this functional health trend! The application of probiotics in disease prevention of the periodontium poses a huge opportunity to take a stand within the nutritional science arena. Our mouth is the gateway to all health. Therefore, does disease truly begin in our gut or did it actually start in our mouth? There is an entire world outside of one nutrition course for hygienists to explore to help their patients!

By definition, probiotics are live microorganisms that when administered in adequate amounts confer health benefits upon the host. Probiotics have a positive influence on the stability and development of the microflora in the gut and have proven to inhibit the growth of pathogens. These miracle bacteria have a mechanism of action of creating a positive tropic effect on the mucosal barrier stimulating both the innate and adaptive immune systems. The most common strain used in various studies are Lactobacillus and Bifidobacterium. A few studies have been conducted to gain knowledge of the application of probiotics on the oral mucosa. With a focus on caries development, periodontal health, and halitosis, the research shows that probiotics do have the scientific potential to improve conditions within the periodontium. The question is how significant and thus, how useful would these effects be within the field of dentistry?

A study was conducted out of the Department of Oral and Maxillofacial Diseases at the University of Helsinki.

The main objective of the study was to further efforts in the understanding of the interaction between probiotics and pathogens that arise in plaque biofilms. The research tests the capacity at which probiotics can be used to strategically treat and prevent the growth of harmful strains of bacteria that lead to oral diseases, tooth decay, periodontitis, and candidiasis. Researchers used multiple species of biofilm models built on glass disks containing saliva-coated hydroxyapatite surfaces. Six different strains of biofilms were used to explore the ability of probiotic Lactobacillus rhamnosus GG to present positive activity.  The six bacterial strains included both mono, dual, and multiple mixed-species groups. Results showed that L.GG was able to integrate into all oral biofilms on the saliva-coated hydroxyapatite discs. This integration reduced the growth of S. sanguinis, C. albicans, and lowered the biofilm-forming ability of F. nucleatum. The application of L.GG showed only minor effects on the adhesion and growth S. mutans and C. albicans. Based on the findings of this study, researchers concluded that by altering biofilm compositions, probiotics have a plausible, positive effect on the management of oral infectious diseases.

Another study, published in the European Journal of Clinical Nutrition in 2011 sought to assess the effects of the probiotic milk drink Yakult. Over a period of 28 days, test subjects consumed the beverage to help researchers explore clinical inflammatory parameters of the gingiva during various phases of plaque-induced gingivitis. The prospective study was comprised of 28 healthy adults (ages 20-35, non-smokers) divided into a study and control group. The study group was advised to drink Yakult daily during a period of 4 weeks, along with a control group who did not receive any probiotic food or drink. Yakult is a fermented skim milk which contains 6.5 billion live Lactobacillus casei Shirota strains (concentration of 108 colony-forming units per ml) per 65 ml bottle. After two weeks into the study, participants were advised not to brush their teeth for 14 days. Data was assessed on each test subject using the plaque index (PI), gingival index (GI), gingival crevicular fluid (GCF) volume and bleeding on probing (BOP) as baseline data as well as on days 1, 3, 5, 7, and 14 of the study. At baseline, the PI was significantly higher in the test group compared with controls. Upon the cessation of oral hygiene, increased inflammation parameters were found in both groups. At day 14, the control group’s parameters PI, GI, GCF volume and BOP were significantly higher compared with baseline. However, at day 14 for the study group (those consuming the probiotic beverage), BOP levels and GCF volume were significantly lower compared to the control group. Results from the study draws the conclusion that a daily consumption of a probiotic milk drink reduces the effects of plaque-induced gingival inflammation associated with a higher plaque score due to the contents of the probiotic milk beverage.

Probiotics, therefore have great potential to alter the bioburden in the oral cavity! The scientific research backing such claims is fairly new, few, and conducted in-vitro (Petri dishes) rather than on humans. Yet, the research is very intriguing! More studies are needed. However, it could not hurt to recommend a “real or whole food” probiotic drink to patients suffering from the spectrum of chronic oral health diseases. Scientists determined there were improvements in the breakdown of bacteria composition of various species. So, why not add this to our oral hygiene instruction toolbox? A probiotic drink like Kefir, a fermented tea like kombucha, or a shot of apple cider vinegar is worth adding to a daily regimen to experiment with the effects it can have on one’s oral health status! 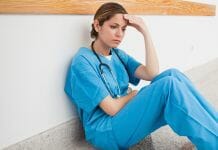 Dental Burnout: You Don’t Have to Work Full Time to Work... 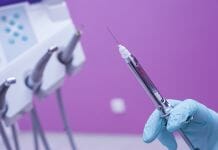 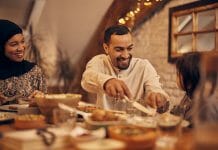 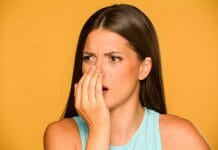 Halitosis: Methods for Dental Hygienists to Broach a Sensitive Topic