Learning the theoretical frameworks of health promotion and disease prevention is an extremely important and useful tool for dental hygienists providing patient education. For health educators to deliver useful interventions to the public, we first need to be aware of the theories involved to understand how our population relates to behavior changes.

According to an article by the National Institutes of Health (NIH), “Theories can help us understand the nature of targeted health behaviors. They can explain the dynamics of the behavior, the processes for changing the behavior, and the effects of external influences on the behavior. Theories can help us identify the most suitable targets for programs, the methods for accomplishing change, and the outcomes of evaluation. Theories and models explain behavior and suggest ways to achieve behavior change.” This statement made by the NIH shows how theories are ways to help understand a population better when it comes to certain health behaviors.

The social cognitive theory is derived from the observation and ideas that people learn behaviors from their environment and others.

Bandura1 states the underlying principles that this theory was derived from, “Persons are neither autonomous agents nor simply mechanical conveyers of animating environmental influences.” This statement made by Bandura shows how people are influenced by the environment, but are also self-aware, and are able to self-direct their actions rather than being solely driven by external influences.

When using this theory in health education, the idea is to want the person to be motivated to change by another person or their environment. However, the actions directed at making the changes for the person’s self-needs have to be self-directed in order for the change to be successful. A person will not have a long-lasting change if someone tells them to do it. The person needs to want to make a change for themselves. Bandura2 states, “quality of health is heavily influenced by lifestyle habits.” This shows that utilizing some of the core concepts of social cognitive theory, and taking into account a patient’s lifestyle habit, can be very helpful when delivering the health education.

If people are able to change their lifestyle habits, as Bandura2 has stated, then they are able to “exercise some measure of control over the state of their health.” Bandura mentions this specifically as today we are seeing a shift from a disease model to a health model. Individuals are the only ones who have control over their own body and need to be the ones to make the changes towards a healthier behavior. Bandura2 notes, “In order for a behavior change to last, individuals need to take control over their own motivation and health-related behavior.” The statements made by Bandura shows us, as health educators, that we must consider these concepts when delivering our health education and take into account patients desire to make a change for our oral health concepts to be effective.

One section of the social cognitive theory that Bandura2 describes is that of socio-cognitive factors. “In social cognitive theory, the socio-cognitive factors that form the prediction model are essentially the same as those that inform the intervention model. The theory provides prescriptive guidance on how to alter the socio-cognitive factors governing self-regulation of habits that promote health and those that impair it. The successful translation of theory into practice is illustrated in two large-scale programs of research that have developed new health-promotion models founded on the self-regulatory mechanisms of social cognitive theory.” This shows how the social cognitive theory is used to find the health habits of individuals and use it in research to create new health promotion models that can be utilized to create a change in people’s behaviors.  Using this research benefits health educators in identifying reasons why patients have certain health behaviors. It can provide health models to work with to effectively create and deliver education that will enhance a patients knowledge and hope for positive behavior changes for the future.

Bandura2 states, “Health habits are not changed by an act of will. Self-management requires the exercise of motivational and self-regulatory skills. Self –regulation models differ somewhat in particulars, but they are rooted in three generic sub-functions. These include self-monitoring of health-related behavior and the social and cognitive conditions under which one engages in it, adoption of goals to guide one’s efforts and strategies for realizing them, and self-reactive influences that include enlistment of self-motivating incentives and social supports to sustain healthful practices.” This statement shows how the social cognitive theory works in health education.  Bandura claims that a person cannot change a behavior on their own, they need help from many different areas including a person’s outside environment, self-monitoring their own behavior, and social and self-support to sustain the change. Bandura is reiterating that in order for a person to make a positive change, they have many phases they need to undergo to become successful.

Through the use of the social cognitive theory as health educators, we can address certain health concerns of our patients by utilizing the idea that they learn behaviors from others and their environment.

A prime example of the social cognitive theory at play is shown in the disease of breast cancer. Through the use of media, we can see how prevalent breast cancer is and how many celebrities breast cancer has affected. Celebrities like Angelina Jolie and Giuliana Rancic explaining the use of preventive measures, and how it is crucial to screened early, can save lives. Due to this media coverage, we now see more women getting screened at an earlier age3. The female population relates to these women and learns from these individuals about the importance of early and regular breast cancer screenings.

Once a health educator has found a way to get a message through to their patients, it then makes the patient aware of a health concern that may directly impact them, and that’s when we start to see positive changes happening. Today more than ever dental hygienists play a huge role in our patients’ health. We do more than “just clean teeth.” We are the first responders in oral health, and our patients rely on our education to help keep them healthy. 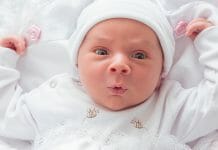 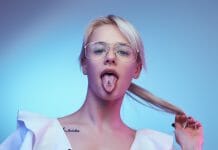 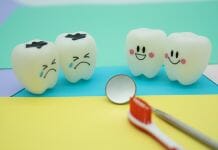 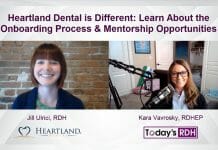 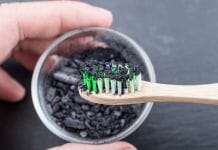 Charcoal Whitening Toothpaste Trend: Should it Stay or Fade Away? 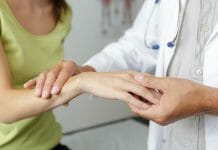