In 2009, when the economy was taking a nosedive, I was working for a small dental practice in a wealthy suburb of Chicago, Illinois. I was under the false impression that, as long as there were still patients on my schedule, that I had “job security.” Needless to say, I was stunned when the dentist took me aside one October Saturday after the end of the workday. I was informed he couldn’t afford two hygienists, and since I was the newest to be hired, I was being “let go.” Don’t get me wrong, I was unhappy there for a dozen reasons, but I was not having any luck with my job search, so I was sticking it out to pay my bills.

I graduated dental hygiene school in May 2006. Since then, I can count on one hand the number of interviews I have had for full-time dental hygienist jobs offering benefits. In my experience, most are part-time, 1 to 3 days a week, with very limited benefits if any at all. Add in the struggling economy at the time, the job availability becomes even less, with more and more unemployed hygienists competing for job positions.

The dental hygiene job interview is an interesting phenomenon.

Usually, the interview is with the dentist and takes at maximum 20 minutes. Dentists, in all their training, are never taught how to interview people. In most cases, I am asking them more questions than they are asking me. Then after 15 to 20 minutes, I am walking out of the office having no idea how it went. For me it may have gone well, but what was the dentist looking for? How can I be confident that he/she will pick me?  With so many applicants, most of them never do pick me, and I am back where I began.

On the other hand, sometimes the interview is with an office manager, usually a woman with much-interviewing experience. These are by far better interviews. You can bet they will last well over 30 minutes; you will be asked questions that pertain to all aspects of the job and how you will perform it.  These interviews give the prospective employee an idea of how the office is and how they fit in with the office and the job. You walk out of there knowing pretty well how you did and what your chances are of getting a callback and a job offer.

Does the office know what they are looking for in a dental hygienist?

At one interview, the dentist told me right away that he hasn’t hired a hygienist in 20 years and he didn’t know what things even to ask me. He had a stack of 200 resumes he had received for the job, so I felt honored that he had called me for an interview. I proceeded to lead the entire interview. I walked out of there knowing I couldn’t work for someone that I would have to explain everything to.

While I appreciated this dentist’s honesty, it left me wondering if this office values the role of a dental hygienist. Did the dentist just not know what he was looking for in an employee or did he not care? This also makes me wonder about the quality of leadership in the office. A strong leader is a necessary component in building a strong team that serves patients to the highest standards. Without clear leadership, how comprehensively are the patients being treated?

Are the current employees happy?

Another time I was interviewed by a dental office where both the father and son were dentists. The son was a new dental school graduate who didn’t really want the job with his father’s office and was open about it. We spent the first ten minutes of the interview talking about our respective job searches before we got down to talking about the available hygiene position.

Now, this may be an unfair example because I completely understand that the son wanted to make a name for himself and to work for his father may not have allowed him to do so. This newly graduated dentist may have also have been trying to be relatable and personable by sharing this with me. However, were these the only reasons he didn’t like working with his father or was his father hard to work with? Did he not share the same patient care standard as his father? It is imperative as a dental hygienist to share the same patient care standard with those you work with and for. Otherwise, treatment plans may clash (think needed perio treatment and the doctor not agreeing), and tension in the office can occur.

What is your first impression of the office atmosphere?

Then there was the interview with a dental office in the mall. My interview had been set up with a temp agency. When I walked in, the receptionist was so busy answering the phone that she did not even acknowledge I was standing in front of her, much less greet me. As she was answering a slew of phone calls, she was shoveling yogurt into her mouth and eating a muffin, right there at the front desk. I sat down in one of the waiting room chairs when finally she acknowledged me and said, “You must be the hygienist.” I know that the agency gave her my name, but I just said, “Yes,” and introduced myself. She told me she would be with me in a few (more) minutes. In a few minutes, she invited me to sit with her at the front desk. Apparently, this is where our interview is going to be. She tried to talk with me, but was bombarded with phone calls and was unable to have a true conversation. At this point, I am looking around for hidden cameras thinking maybe I was being Punk’d! As I was just about to pack up and offer to come back at a better time, the phone became eerily silent. She was able to ask me a few short questions, find out my salary requirement, and tell me she would be in touch.

The receptionist did call to find out if I could do a working interview on a specific day. It was a day I couldn’t do, so I politely asked for a different day. She stated she would have to call me back. I heard nothing. I called her the next day and left a message. When I was called back, she asked about the same day as before. I repeated I couldn’t do that day and asked if there was an actual position available or did she just want a temp? To that, I got no response and no further callbacks. This was a good thing because I do not think I could have worked in such a chaotic office.

This was a multiple-issue learning experience. Not only about paying attention to the first impression I received when I first walked through the front doors but noticing the chaos. Patients would notice this too, and that’s not how I wanted patients I see to be treated. While it is an assumption that if the front office were chaotic, the back office (clinical side) would be too, but I certainly didn’t want to find out. Further, this office was dishonest about having a hygiene position; in reality, they were probably just looking for a temp. If they were willing to “fib” about a job position, what else would they pull if I was an employee?

Currently, I work for a temp agency and am still trying to find my forever office to call my dental home. While I might seem picky to some, I’ve learned it’s best to work for someone, and with a team, that not only works well together but shares my same patient care standard. No office is perfect, as we are all human, but I must uphold my morals and ethics as a healthcare provider and preventive specialist. If it takes some time to find my forever office, so be it. It’s worth it to me and the patients I treat. If you are still trying to find your forever office, I encourage you to be patient and hold true to your morals and ethics. 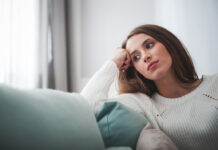 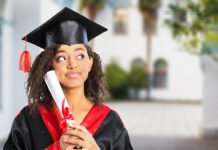 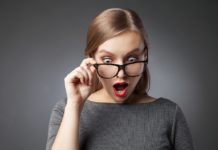 5 Things You Did Not Learn in Hygiene School 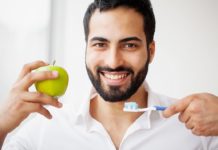 Why You Should Discuss Nutrition with Patients to Increase Homecare 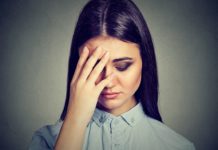 Confessions of a Dental Hygienist: My Kids Have Never Been to... 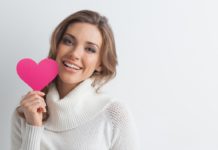