Get in your car and drive into town and pay close attention to the cars around you. If you see a billowing cloud of smoke rolling from within the car, you have found a “vaper” or e-cigarette user. I recollect the first time I witnessed this monstrosity. My initial thought was the car was on fire. To my wondering eyes, I discovered the driver was smoking an e-cigarette. I was amazed at the amount of smoke that little, electronic device produced. While it was odorless, it definitely produced more of a fog than traditional cigarettes. According to researchers, that’s not all it produces.

The e-cigarette idea was said to have been initially thought of in 1927 by Joseph Robinson. The first device in the recent innovation in e-cigarettes was not introduced into the world until 2003 by Chinese Pharmacist, Hon Lik (first to Europe).[1] Sadly, his motivation stemmed from the fact his father had passed away from lung cancer. E-cigarette use has increased considerably in recent years, growing an astounding 900% among high school students from 2011 to 2015.[2] Because of the marketing of the variety of flavors, and the claim of being less unharmful than traditional cigarettes, many young children and teens are jumping on board.

The e-cigarette is a device which allows users to inhale an aerosol containing nicotine, flavorings, and other additives. Other names commonly used for these devices are: “e-cigs,” “vapes,” “e-hookahs,” “vape pens,” and “tank systems.” E-cigarettes are composed of a battery, a reservoir (for containing the liquid), heating element or atomizer, and a mouthpiece.

The e-cigarette heats the liquid creating an aerosol that the user inhales. E-cigarettes are available in a variety of shapes and forms. Early devices simulated an actual cigarette, cigar, or pipe. Second generation devices are shaped like pens, and often referred to as the “tank system” due to the large transparent reservoir that holds the e-liquid. Third and fourth generation e-cigarettes represent the more square and rectangular shape. Trending currently is the JUUL, which is a device that mimics a USB drive. Some users are even building or modifying their own e-cigarettes because of the availability of component parts. These devices are referred to as “mods.”

E-liquid currently comes in an estimated 7,700 flavors.[2] Many vape shops (and they are everywhere) allow for custom flavors, thus attracting even a larger clientele. Flavors are broad and come in fruit, candy, coffee, and exotic flavors, such as Fruity Pebbles. Flavors help to mask the tobacco flavor and attract a younger audience.

However, some flavoring is said to have diacetyl, a chemical linked to serious lung disease.[2] E -liquids are also comprised of nicotine, heavy metals (tin, lead, nickel), volatile organic compounds, ultra-fine particles, propylene glycol/vegetable glycerin, and cancer-causing chemicals.3 During the heating process of the liquid, additional toxicants are created. Studies report e-liquids labeled nicotine-free, were said to have been positive for nicotine when tested.

Puff the Not So Magic Dragon

One of the many arguments of e-cigs is the ornate ability to control the variables in nicotine consumption. However, just because the e-liquid purchased may contain a lower nicotine amount, doesn’t mean the user is actually consuming less. Studies show experienced e‑cigarette users were found to have puff volumes that were significantly higher.[2]

JUUL e-cigarettes are very popular among teens due to its discreet shape and have recently dominated the market with an increase of 769% in sales over the last year. One JUUL pod contains as much as a pack of 20 regular cigarettes.[3] E-cigarette usage may not instantly impact the body, just as regular cigarettes may not produce instantaneous symptoms, however, in one 18-year-old girl, it did just that. Only three weeks after starting e-cigarette use she developed hypersensitivity pneumonitis, or wet lung, which required hospitalization, a respirator, and drainage tubes in her lungs. The patient’s pediatrician states chemicals in the e-cigs led to lung damage and inflammation triggering an immune response.[4]

The volume of consumers is skyrocketing quickly with high school students creating a soar in these numbers. Recent studies indicate roughly 3 million high school kids are currently using e-cigarettes, up from 1.7 million from last year, according to the CDC.[5] The quickly increasing rate of adolescent usage has FDA Commissioner, Scott Gottlieb, labeling this problem as reaching epidemic proportion.

While adolescents are creating a startling rise in the e-cigarette community, U.S. adults are not helping the numbers. Roughly 10.8 million American adults are currently using e-cigarettes.[6] While some people claim to have picked up the habit of e-cigarettes to assist in the cessation of conventional cigarettes, there are no concrete studies which suggest this is a proven method. In fact, instead of quitting 59% become dual users.[7]

The FDA has recently made strides in attempting to combat this epidemic. They have even threatened to pull e-cigarettes to prevent the rise of use in youth. The five major e-cigarette companies were recently given 60 days to develop strategies to reach youth, or they would be asked to stop selling flavored products that appeal to children. In June 2018, the FDA led one of the largest coordinated enforcement efforts in FDA history which resulted in 1,300 warning letters and fines to retailers who sold e-cigs to kids.[8]

The battle has just begun, and unfortunately, it will take mounds of education and effort to diminish the usage of e-cigarettes. As dental professionals, we are given the gateway of opportunity to spread that knowledge to our patients who are currently using or even considering e-cigarettes. Collectively, health professionals alike can begin the slow, persistent, uphill battle in proper education, and hopefully, cessation.

SEE ALSO: The Oral Implications of Frequent Marijuana Use

DON’T MISS: The Relationship Between Poor Dental Hygiene and Cancer 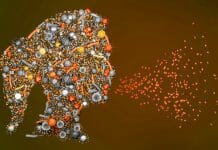 Pathogen Classifications: Where Dentistry Has Gone Since The “Complex Theory” 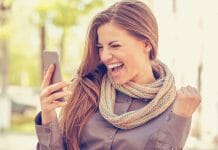 Good News You Might Have Missed: A Dental Hygiene Update 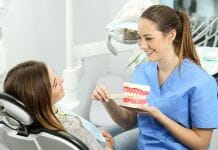 Identify, Restore and Protect: Personalized Care for Your Caries-prone Patients is... 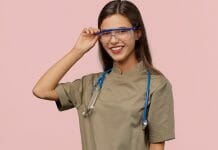 Dental Therapists: A Solution to the Lack of Dental Care Needs...