We can all think of that patient. You know, the patient you see in your schedule that makes you question whether the sudden onset of flu is approaching. When you see that name, all of the agony you know that upcoming appointment holds for you flashes through your mind, as you break into a cold sweat and your hands become so clammy that your gloves get stuck halfway up your fingers.The thought of taking that patient and moving them from your schedule to another hygienist’s schedule has definitely crossed your mind. It is at that moment; I loathe the fact that I have a conscience.

So here he is again. My “most difficult” patient. I look at his chart to make sure that he is really due for his prophy. Six months and one day. My heart sinks even further. I think to myself, “It feels like he was just here, how could it have already been six months?” I walk down the hall and into the waiting room. “Mr. Jones, I am ready for you!” Instantly, his snide sense of humor begins. “Well, I am not ready for you,” he replies. A shudder runs down my spine as he gets up to follow me down to, what I know will be quite possibly the longest 45 minutes of the next six months, of my life.

The appointment begins as I review his medical history. I remember the problem we had at his last prophy when he forgot to pre-medicate, and his appointment had to be rescheduled. I ask, “Mr. Jones, did you take your pre-medication today?” He looked around like a guilty child and stated, “I remember I am supposed to say yes.” Of course, to me, it sounds like he did not take his pre-medication, so I say again, “You know it is very important for your health and safety that you took your pre-medication, are you sure you took the 4 Amoxicillin tablets an hour before your appointment?” His reply was the same. I said, “Mr. Jones I am going to get the doctor so he can review your medical history with you because it is a little complicated. I quickly find the doctor, as each moment passes, I know I am losing precious time that I desperately need. When I find the doctor, I quickly explain the issue, and he goes to speak with the patient. Of course, when doctor asks him, the patient quickly replies, “Of course I took the pills, she doesn’t believe me.” Already irritated with how this appointment is going, I begin to take radiographs.

This was not Mr. Jones first dental appointment. He was well aware of the process of taking radiographs. “Please open,” I said. He then closes his mouth and shakes his head back and forth. This continued throughout the entirety of taking bitewings. Finally, what should have taken two minutes had eaten up ten more minutes of the appointment. Each and everything I tried to do, he made difficult. He moved around purposely while I was scaling his teeth and pretended he was going to bite me making gnawing motions at my hands. Not once, but through the entire appointment. When his appointment was complete, I was glad, but now I was running behind and was irritated and frustrated.

I would like to say Mr. Jones was the only patient I have ever had a problem dealing with, but as I am guessing, every hygienist has those select few. Another patient I dread is the “radiograph refusal” patient. Radiographs are important for several reasons. We as hygienists explain these reasons to the patient, but many times they have their own agendas. They cannot afford the X-rays, they do not want the radiation, they believe they do not need X-rays because they have no pain, or they do not have time for X-rays because they are in a rush.

There is the “you are making me bleed” patient. “Mrs. Smith, I am going to check and measure your gums now.” I see on the medical history that she has written she brushes three times per day and flosses daily. I look at the wall of calculus from the linguals of #22-#27, as every part of my consciousness wants to give her a piece of floss and have her show me how exactly she could possibly floss on a daily basis. I bite my tongue and begin the prophy. Moderate inflammation, moderate plaque accumulation, and moderate bleeding is present. Mrs. Smith sits up to spit, “You are making me bleed so much!” I explain that as I had told her during the periodontal charting, her gums were infected and inflamed. “No, It is because you are poking me with those metal things.”

Next, there is “the bossy patient.” You can probably tell who these people are because they will tell you how to do your job. That is followed by “cell phone addict” or the “chatty Cathy.” The truth is, there are difficult patients. We all have them. There are difficult people in the world, and there always will be. However, sometimes you can get to the root of the problem.

As Mr. Jones stood up to leave, I noticed him wincing in pain. He grabbed his back as he was getting up. I walked behind him down the hall to schedule his next appointment watching him limp and struggle the entire way. A sense of compassion overwhelmed me. This man was in pain every moment of every day of his life. While I did not appreciate his sense of humor, It may have been his way of coping with the pain he was dealing with day in and day out. His dental appointment was his time to loosen up because he felt comfortable with me. The fact that he was joking and teasing was actually a compliment to me.That “chatty Cathy” and “boss patient” have been dreading their dental appointment for the last six months because they have a dental phobia. The “cell phone addict” just found out that his employee did not show up for work, and rather than canceling his prophy at the last minute, he was trying to make things work the best he could.

Life is all about perception. Maybe these people are just difficult, but if we try to see the best in people, even if the best is not always true, it can give us as clinicians the strength that we need to get through those, what seems to be, long appointments. It does not mean the appointment will not be challenging, but I have found that compassion makes even the most difficult appointments more bearable. I encourage you to find your compassion, even when it’s most difficult! 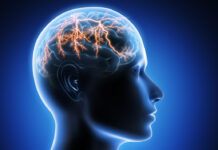 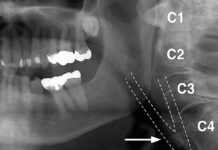 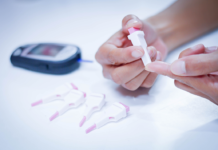