Researchers show further evidence that smoking can have a negative impact on a person’s ability to heal after non-surgical periodontal treatment. The data was presented at the EuroPerio9 conference in Amsterdam.

A Closer Look at the Study

The research presented at the EuroPerio9 conference shows that smoking can impact a patient’s ability to heal properly after non-surgical periodontal treatment. For the study, the dentist and a team of researchers gathered the dental records of over 1,550 Swedish patients spanning from the years of 1980 to 2015.

Dr. Naji, a noted periodontist from the Centre for Oral Rehabilitation in the Department of Periodontology in Sweden, originally wanted to conduct the study to observe how the residual effects of smoking affected a patient’s ability to heal one year after undergoing periodontal treatment. The dentist’s research team analyzed the results and found a significant reduction of the clinical parameters among patients who smoked and patients who did not. For example, patients who smoked had a reduction of 51%, while non-smokers experienced a pocket depth reduction of 72% overall. Besides it possibly impairing their ability to heal, the level of plaque reduction was only 53% in people who smoked cigarettes a year after receiving treatment. Non-smokers experienced up to 69% less plaque.

Dr. Naji acknowledged during the conference that further research should be conducted since there were several unknown variables in the study. In particular, Dr. Naji stated that the scientists were limited by the fact that they could not control how many cigarettes the participants consumed or fully understand how their previous smoking habits had an impact on their dental health before the study.

Overall, Dr. Naji wanted to encourage dentists and other researchers to investigate how smoking can affect a patient’s ability to heal after non-surgical periodontal treatment. The dentist also believes future studies should compare the dental health of patients who smoke versus non-smokers. 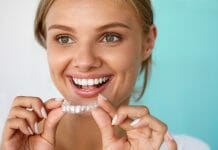 The Importance of Seeking Professional Dental Treatment for Teeth Whitening &... 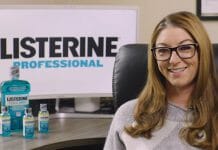 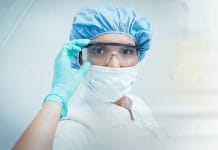