Physicians are excellent at keeping diseases at bay. Similarly, dental hygienists help prevent oral health diseases and screen for cancer and systemic disease. As we know, frequent visits to a dental health professional are one of the ways to keep a patient’s mouth healthy and their entire body healthy too.

However, recent research results reveal that most adults in the U.S. continue to fail to seek dental care. Of course, we don’t necessarily need a study to tell us this; we know. This case was prevalent among the low-income class, especially black adults. Compared to white American adults, people of color recorded higher untreated oral health problems rates.

According to a recent NIH report, this disparity in oral health has not changed in the past 20 years. But this recent study might be a light at the end of the tunnel.

George Wehby, a professor at the University of Iowa College of Public Health, led the team of researchers who found how expansions in public coverage of dental care services may help solve the problem. The team discovered a possible solution to the current disparities. And that is the increase in public dental coverage.

The Affordable Care Act (ACA), passed in 2010, was the reason for the increased eligibility for Medicaid. It assisted U.S. citizens who lacked resources and wanted access to medical and dental services. As such, low-income citizens in states that accepted Medicaid became eligible for dental coverage.

In 2014, researchers studied how the 2010 CARE Act affected disparities in medical care and dentists. Responses from American adults on their oral health services provided data for the findings. These researchers analyzed responses from those who accessed Medicaid in 2014. Based on income, the researchers compared answers from those:

The study involved 5700 U.S. adults in Medicaid-supported states. These states also offer not less than 100 dental health procedures in their medical services. Hence, there was a spike in the number of dental hygienists’ visits by people of color. Dental visitations among Hispanic adults increased from 14% to 21%, and Non-Hispanic Black adults recorded increased dental visits from 20% to 26%. However, there was no significant change in the dental visits of non-Hispanic white U.S. adults.

“We found that increasing eligibility for public access to dental care contributed to the increase in use of dental health services. It also helped in reducing ethnic and racial disparities,” Wehby says. Even without research, anecdotally, this makes sense.

Meanwhile, the data showed that dental visits among U.S. citizens are still low. Regardless of the state’s status in the adoption of Medicaid, most people generally fail to obtain dental services. And this cuts across the three largest races and ethnic groups in the United States. However, the team noted that income and insurance are among the leading factors affecting dentists’ access.

“Insurance coverage also plays a significant role when accessing CARE,” says Wehby. “When it comes to the low-income population, there’s no doubt that several factors affect the use of dental services and access to Medicaid.”

According to Dr. George Wehby, there’s still a need for more research on the effect of increasing access to dental insurance on the use of oral health benefits.

“At this stage, we only demonstrate how oral health services research could contribute to addressing the menace of ethnic disparities in dental health access,” said Wehby. 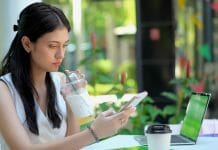 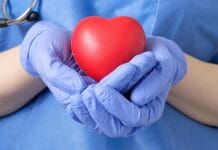 The Oral Implications of Organ Donation 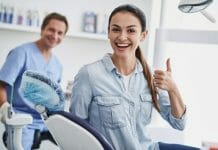 You Can’t Want It for Them: Raising Expectations of Oral Health 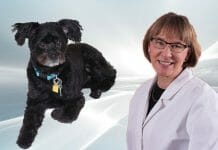