In dentistry, there are few topics that come up more in conversation with our patients than whitening. Most hygienists will answer questions regarding teeth whitening treatments more times than they can count, but is the information we are giving our patients correct?

This past week I was discussing this very subject with a long-time patient. He informed me he had just seen an article on a news outlet website that stated teeth bleaching treatments were damaging to the teeth. I had not seen the article or heard about this story, so I told him I would have to research it further. I also told him that as far as I knew, if used correctly and under dental supervision, whitening treatments were safe for the teeth.

I immediately started to research what my patient had told me and, sure enough, there was a news story being circulated throughout several media outlets regarding the safety of teeth whitening treatments.

The story points to a study recently conducted at Stockton University in New Jersey by a Chemistry professor, Kelly Keenan Ph.D., and undergraduate students. The study they conducted sought to determine whether whitening the teeth through chemical bleaching with Carbamide Peroxide or Hydrogen Peroxide was damaging to the tooth structure. The results of their research indicate that some damage does occur as a result of exposure to these chemicals. The most surprising finding was that the damage is not to the enamel layer but the dentin layer of the tooth.1

Seeing this new study splashed all over the internet, and then even on my local television news, made me feel like I had done my patients a disservice for all of these years of telling them that teeth whitening is completely safe under the right circumstances. Then I remembered how, only a few years ago, the news media had twisted the facts and told everyone that flossing was now totally unnecessary! I figured I should do my own research into this story.

After reading through several studies on the subject, I have come to the realization that for decades now our gold standard for teeth whitening, Hydrogen Peroxide or its predecessor Carbamide Peroxide and the effects that they have on the teeth are not well understood. The study conducted by Keenan is one of the hundreds that have been conducted over the years by various researchers, and the cumulative results are basically conflicting.

The majority of the teeth whitening research which has been done over the years is focused on the effects that it has on the enamel. While many of these studies show that no changes occur to tooth enamel as a result of Hydrogen Peroxide exposure, just as many reports that changes do occur. As I said before, the results are frustratingly conflicted. The one reassuring takeaway from these findings is that, of the studies that reported changes to the enamel, most noted that they were minimal. One even comparing the exposure to bleaching treatments as similar to drinking one soft drink or a cup of juice.2

What sets this newest study apart is that it focuses on the effects that bleaching has on the dentin, not the enamel. According to the results reported by the Stockton University study, the collagen in dentin, which is its predominant protein, is completely broken down by Hydrogen Peroxide exposure until it “disappears.3” What remains unclear is whether the tooth can repair and replenish this collagen fully.

Keenan stated “Collagen in dentin can be replaced by cells that reside in the pulp and people are born with a lifetime supply of these cells. It is a slow process as the pulp does not have a high level of blood supply.4” In addition, the study was not conducted on live patients and vital teeth. The study was carried out on extracted teeth placed in foam to simulate gingival placement and suspended in artificial saliva. In my opinion, that does not give us a realistic representation of what is occurring in a vital tooth in the mouth of a live person during bleaching. She states herself that the collagen could potentially replenish itself.

What does all of this mean for the safety of Hydrogen Peroxide whitening treatments and what should we be telling our patients?

Not to completely discredit the study, but clearly more research is needed to determine the tooth’s ability to repair itself. With that said, I see no reason at this time to stop recommending tooth whitening treatments for patients as long as they are being carried out under the proper protocols. Short-term whitening treatments of no more than two weeks are still considered safe even in light of this new research due to the fact that collagen is most likely replenished over time in vital teeth.

The official statement from the American Dental Association spokesman Dr. Edmond Hewlett regarding the new study was, “The effects have been studied quite extensively, and we just don’t see any reason to dissuade people or no cause for concern at this point.” The ADA maintains that under proper supervision and instruction Hydrogen Peroxide whitening treatments are safe to use.3

Due to the current widespread popularity of this current headline among the major news outlets, I anticipate many more questions from patients regarding the safety of these treatments. I think we, as dental professionals, can inform patients of the possible side effects of whitening treatments including sensitivity, gingival inflammation, and even the possibility of dentin collagen breakdown as pointed out by the Stockton study. We can also recommend fluoride application or ACP (Amorphous Calcium Phosphate) application post bleaching to mitigate some of the risks.

If patients are uncomfortable with the possible side effects and risks involved, then they simply can choose not to whiten their teeth. Teeth whitening is, after all, a purely cosmetic procedure. By fully educating patients of the pros and cons, we can provide them with the information they need to make an informed decision for themselves regarding teeth whitening. 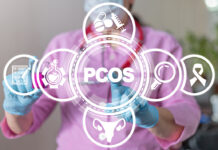 Can Self-Care be Painful? The Hard Work of Deep Self-Care 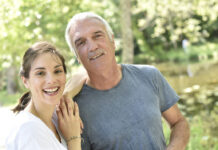 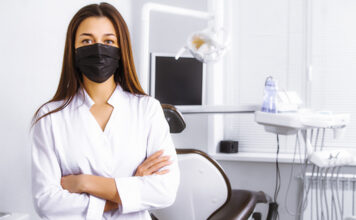 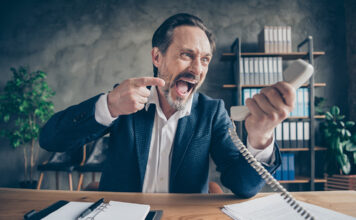 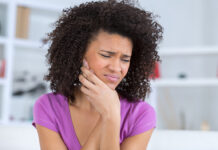 Jaw Pain: Evaluating the Severity of Injuries from Dental Treatment 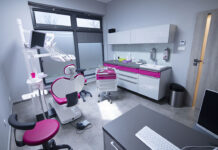 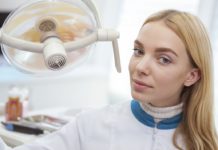 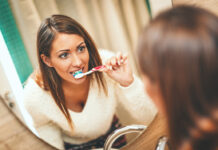 Systemic Health: 5 Things Dental Hygienists Should Be Talking About 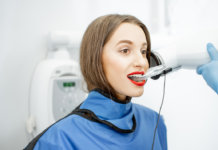 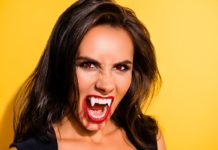 The Vampire Hormone: What Dental Hygienists Need to Know