A study published in Scientific Reports revealed an important advancement in the emerging field of regenerative dentistry. The researchers discovered certain drugs could help teeth regenerate and repair themselves. Dentists currently remove decay from a patient’s tooth before restoring the tooth. However, dentists may be able to use this regenerative method to help patients’ teeth heal naturally instead of using synthetic materials to fill decayed surfaces.

Teeth Have a Natural Ability to Heal Itself

Teeth may have an innate ability to heal themselves, but there are certain limitations. For example, when enamel is worn down over time due to exposure to microbes and acid, it can expose the layers of dentin underneath. Dentin is comprised of dental pulp which is made out of stem cells. If enamel erosion and tooth decay expose the teeth’s dental pulp, it can trigger its odontoblasts, which are cells inside the pulp that produce dentin, to create new organic tissue. Unfortunately, many patients usually develop dental decay anyway because the damage is too severe for the regenerated dentin to restore the tooth to its previous condition.

A team of researchers at King’s College London, a public research university in the United Kingdom, conducted a study to find out if the stem cells inside dental pulp could be manipulated to make it easier for teeth to regenerate and heal themselves. The scientists based their study on earlier research which revealed a signaling pathway of molecules could communicate on a cellular level and stimulate stem cell development. Paul Sharpe, one of the lead researchers, theorized the signaling pathway might also be involved in the self-repair process for teeth.

The researchers, who used mice as test subjects, first drilled holes into the rodents’ molars to simulate cavities. Next, they exposed sponges made from collagen to certain drugs which are known to stimulate the signaling pathway. One of the drugs was tideglusib, a medical compound that was previously used in clinical trials to treat neurological disorders like Alzheimer’s disease. After the sponges were soaked with drugs, they placed them inside the molars and sealed the top of the tooth. The researchers checked the progress of the test subjects’ teeth four to six weeks later to see if the drug exposure stimulated the signaling pathway and helped the regeneration process by activating the stem cells inside the dental pulp.

The scientists had one control group where drugs were not added to the molars and another test group where mice received traditional dental fillers. At the end of the study, the researchers concluded the mice who received drugs grew significantly more dentin than mice whose teeth were left untreated or received dental fillers. Overall, the technique restored the rodents’ teeth to their former state. Sharpe noted, “It was essentially a complete repair. You can barely see the joint where the old and new dentin meet.”

Critics of the study point out that patients who receive stem cell treatments run the risk of developing unwanted tissue growth in different parts of their body. Sharpe addressed those concerns and shared his belief that this particular regenerative technique poses a very small risk of a patient experiencing uncontrolled tissue growth due to the small amount of drugs used.

Sharpe’s team of researchers are currently working on experimenting with different drugs to test their efficacy. They are also developing an alternative delivery system to repair teeth that involves dissolving the drug into a gel before scientists inject it into a decayed surface, then solidifying it with ultraviolet light before sealing the tooth.

The scientists are excited about possibly extending their regenerative research into clinical trials in the future. If dentists adopt this new method, it could revolutionize the way dental professionals treat patients with dental decay.

SEE ALSO: Why Caries Detection is More than Just Looking for “Stickiness” 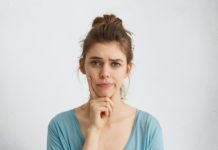 Dear CVS: I Have Concerns About Your Do-It-Yourself Orthodontics Partnership

How I Went from Dental Hygiene Student to Educator 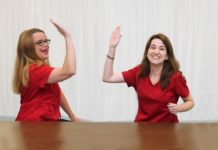 National Dental Hygiene Month: Even in 2020, Time to Celebrate!