An ongoing debate and lack of clear evidence have left the dental profession with unanswered questions about the role of traumatic occlusion in multiple oral conditions. Is it a contributing factor? How should it be managed? What is the proper protocol, and how do we clearly identify it?

So many questions come to mind, and I hope to answer them with the current evidence that is available.

During the 1960s and 1970s, it was proposed that occlusal trauma may spread the inflammatory properties of the gingiva into the periodontal ligament. This led to a lesion from the combination of periodontal pathogens and occlusal trauma.4,5

The current thought on traumatic occlusion and periodontal disease is that “excessive occlusal forces do not initiate destructive chronic periodontitis but are capable of causing periodontal injury.”3 However, because many studies were conducted in animal models, unanswered questions remain regarding the role of traumatic occlusion and periodontal disease, including “Can occlusal forces exacerbate the progression of periodontitis, and is eliminating occlusal discrepancies appropriate or necessary in the treatment of the disease?”3

Accordingly, the occlusal forces a patient may be experiencing and customizing treatment, such as occlusal equilibration and/or occlusal guards, should be taken into consideration. Managing such forces may improve the periodontal status and the outcome of periodontal treatments.3

Tongue, lips, cheeks, and biting forces play an intricate role in maintaining proper placement. For instance, we see hyper-eruption in teeth that lack an opposing tooth. Additionally, if these forces are not balanced properly, they can contribute to tooth mobility and tooth migration.

Tooth migration is often seen on the anterior teeth rather than the posterior teeth. Tooth mobility from occlusal trauma is common in individuals who are missing molars and must use excessive force on premolars and anterior teeth for function.6,7

The recession that appears in a v-shape has been determined to be associated with primary occlusal trauma. This type of recession is also referred to as Stillman’s clefts; the gingival tissue recession presents in the shape of a v rather than a u-shape. The process by which this occurs has been described as due to “excessive occlusal load, there is an intense and continuous stretch of periodontal fibers, especially those attached to the most cervical region of the alveolar bone crest.”8

This can be evident on radiographs even before clinical manifestations are evident. Radiographs may show a widening of the periodontal space and a thickening of the lamina dura. If caught early at the stage where it can be seen on the radiographs, providing the proper support for the tooth when traumatic occlusion and traumatic forces are a constant assault may prevent clinical manifestations in the form of Stillman’s clefts. There is some evidence that even after clinical manifestations, with proper occlusal adjustment, the gingival clefts can undergo “spontaneous repair,” meaning there is evidence the gingiva returns to a healthy state with the clefts healed without further changes.9

Additionally, the patient may report widespread pain and sensitivity to teeth experiencing excessive force. Over time, this may resolve, and other clinical signs may appear.8

According to Grippo et al., noncarious cervical lesions, which include abfraction lesions, develop due to multiple factors. One of those factors is stress, both endogenous and exogenous. Endogenous stress encompasses parafunction, occlusion, and deglutition.10,11 The theory of abfraction supports the idea that occlusal forces are a driving factor. The theory, according to Nascimento et al., states “tooth flexure in the cervical area is caused due to occlusal compressive forces and tensile stresses, resulting in microfractures of the hydroxyapatite crystals of the enamel and dentin.”11

Dentinal hypersensitivity can be a precursor for both recession and abfraction lesions due to excessive occlusal forces. Therefore, addressing patients’ concerns rather than dismissing them may prevent clinical manifestations.

Clear guidance on treatment and the best options to prevent further damage and clinical manifestations are still unclear. Some noninvasive treatment options, such as fluoride varnish and the application of desensitizing resins, should be considered when patients are suffering from dentinal hypersensitivity in an effort to prevent further damage to the gingival, periodontal support and tooth structures.

An occlusal adjustment has been proposed as an option to prevent and manage clinical manifestations of traumatic occlusion. However, this is currently not an evidence-based practice that should be disclosed to the patient when making the decision to adjust the occlusion.

This leaves dental professionals in a conundrum when deciding the appropriate treatment options for managing and preventing clinical manifestations associated with traumatic occlusion. Often, it is preferred to defer to the least invasive option, which is currently an occlusal splint.

Future studies and research may clarify and support other treatment options. Additionally, options that can be considered in the management of symptoms associated with suspected traumatic occlusion include fluoride varnish and desensitizing resins for dentinal hypersensitivity, surgical recovering procedures for recession, and restorative treatment (class V composite restorations) for abfraction lesions.11

More research is certainly needed in this area of dentistry. Yet, as it stands, we must use the most current evidence when discussing traumatic occlusion with patients experiencing signs and symptoms, and that evidence is unclear and should be described as such. Allowing patients to understand dentistry is an evolving practice, and dental professionals will always try to base treatment options on the most current evidence and research, even when the research is inconclusive. 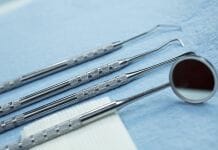 Why Dental Hygienists Should Sharpen their Own Instruments 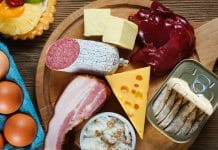 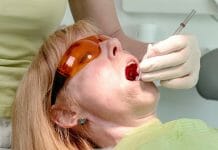 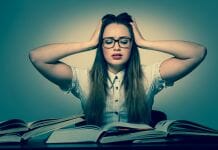 Ask Kara RDH: How did you deal with stresses of dental...