Over 90% of all head and neck infections develop from tooth abscesses. In rare cases, these infections may develop into potentially life-threatening sepsis. Other serious complications from odontogenic infections include obstructed airways, endocarditis, and tissue necrosis.

To understand the causes and progress of serious odontogenic infections, a German research team examined the characteristics that caused these infections to progress. The results have been published in “Severe odontogenic infections with septic progress – a constant and increasing challenge: a retrospective analysis,” which appeared in BMC Oral Health on August 2, 2019.

Researchers at the University Hospital Tuebingen retrospectively reviewed the cases of 483 patients who had odontogenic infections requiring hospital admission. The research team selected a period from February 2012 to September 2017 because they noticed increased occurrences of sepsis as a result of odontogenic abscesses during this time.

Of those 483 cases reviewed by the team, 16 patients (13 male, 3 female) had odontogenic infections that had spread to the head and neck. These patients also were diagnosed with sepsis. The average age of these patients was 52.8 years.

Prior to surgery, nine patients underwent computed tomography (CT) scans to determine the extent of infection. All 16 patients had surgery under general anesthesia to extract the infected tooth and to incise, drain, and irrigate the extraoral infection sites. Four patients had to undergo revision surgery at least once, with two patients having revision six times. Five patients suffered from multiple organ failure and circulatory arrest.

Because of the severity of their infections, all patients had to have intensive postoperative care, including a temporary tracheostomy to facilitate breathing. All patients were given postoperative antibiotics, and their abscess sites were irrigated multiple times daily. The average hospital stay for these patients was 27.8 days.

The Impact of Risk Factors on Odontogenic Infections

The German researchers found that all 16 patients had at least one risk factor or comorbidity that may have contributed to their infections and the resultant sepsis. These pre-existing conditions included diabetes mellitus, obesity, depression, smoking, chronic alcohol or opiate abuse, chronic heart failure, and COPD. The study also indicated that poor oral hygiene was a risk factor for all but one patient.

Risk factors such as these tend to exacerbate the advancement of sepsis, according to the research team. As a result, patients stayed in the hospital longer and had a more negative prognosis than those patients who did not have these comorbidities.

Other Findings of Note in This Study

The location of the infection was also important, according to the researchers. All 16 patients had decayed mandibular molars or premolars. This finding is similar to a 2011 Spanish study as well as a Dutch study in 2013 that identified a common tooth location for infections such as these.

The 16 patients all showed signs of limited jaw mobility, difficulty in swallowing, soft tissue inflammation, breathing difficulties, and swelling of the affected areas. These patients had positive laboratory results for sepsis, and a C-reactive protein (CRP) level above 200 mg/l with white blood cell counts greater than 19*1000/μl at the time they were admitted to the hospital.

Pathogens identified from intraoperative swabs for the 16 patients were primarily Streptococcus viridans, Staphylococcus epidermidis, and Enterococcus faecalis. The researchers reviewed the antibiograms, which are reports that indicate the susceptibility of pathogens to antibiotics gathered in this study. Using data from the antibiograms, the researchers advised that a combination of the antibiotics tazobactam and piperacillin be initially administered at a dosage level that would prevent the spread of infection and decrease the risk of serious complications.

A patient presenting with severe odontogenic infections and progressing sepsis need to be tested for high CRP levels and laboratory parameters for septicemia, according to the researchers at the University Hospital Tuebingen. CT imaging should be used to determine the scope of the infection. A collaborative team of oral surgeons, anesthesiologists, and intensive care physicians should take into consideration any comorbidities that a patient has when planning treatment and postoperative care.

Furthermore, the researchers emphasize that a severe odontogenic infection require an immediate surgical incision, drainage, and irrigation, followed by effective antibiotic therapy as specified by the antibiograms. A patient may need to have additional surgery for the infected site if prior surgery has not proved to be adequate to eliminate infection. 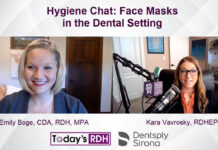 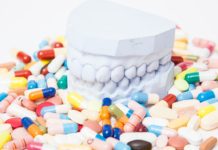 Are Patients Being Over-medicated and Are You Paying Attention? 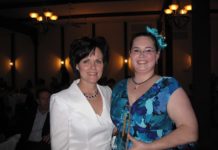 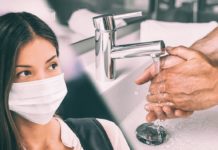 Coronavirus: What Dental Professionals Need to Know about COVID-19 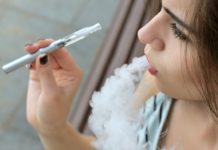