Educating patients on the importance of oral health and home care is a huge part of our job. However, sometimes, it can feel like we spend more time educating on the most basic things, such as teaching people the correct way to brush their teeth and, occasionally, almost pleading with them to do so. Though it’s absolutely part of our job to educate everything, no matter how basic they may seem, dental professionals come across this situation often, and we have to repeat ourselves to the same patients so often that a scientific study is inevitable.

A Naturalistic Study of Brushing Patterns Using Powered Toothbrushes is a small study that tells us what many of us already know about brushing patterns, length of time, and amount of pressure patients use. The researchers compared these results to the patients’ charts and current dental state, paying strict attention to caries and periodontitis.

The premise is simple: Powered toothbrushes, when used correctly, are more effective than manual brushes. That isn’t an argument. Most studies conducted on powered brushes have been comparing them to manual brushes and identifying brand-individual brush patterns, but little attention has been paid to how people are actually using the powered brushes in the real world.

A Study of Powered Brushes

We go over proper brushing techniques at hygiene appointments, but are we specifying which technique we are educating on based on which kind of brush a patient uses? We can’t use the same information when talking to them about the powered brush. Further, depending on if the powered brush is oscillating or sonic, the education on brushing techniques is modified. Because of this, the researchers decided to observe people brushing their teeth in their natural habitats with powered toothbrushes that include sensors. They observed not only video-recorded brushing but also measured the actual total area brushed, the length of time they brushed, and noted any pressure differences.

Twelve college students were chosen because they are old enough and concerned enough about their appearance to maintain a somewhat proper at-home routine. At the same time, some early college students still don’t make their own dental appointments, and if their parent still does it for them, they will probably go.

Each student took a toothbrush home and was given three weeks to use them. They should have brushed their teeth around 50 times by the end of the three-week period. They were given basic instructions and were to go home and brush their teeth however it felt best for them.

Almost 92% of the twelve healthy college kids, who grew up with access to routine dental care, did not brush as long as they were supposed to, which was 2 minutes, despite the brush having a timer. It was evident in the numbers that each participant brushed until their teeth felt clean. For some, that meant under a minute, while it meant close to two minutes for others. The time that some participants took to brush was relatively consistent each time, without their knowledge. A few varied so much in time that they were probably late for class or some other important activity.

Researchers also discovered that everyone began brushing in different places and concentrated more heavily on varied locations when the ideal is to have an even brushing pressure throughout your entire mouth. Just over 15% of the participants used too much pressure, potentially causing damage, especially on the occlusal surface. Most participants brushed the buccal area twice as long as the occlusal surface. One individual didn’t have any semblance of a routine, making the study of his particular results both interesting and a little chaotic.

While the participants knew that they were part of the study, not a single one brushed for the recommended two minutes. This led the researchers to believe that the participants were taking the study seriously, but there was no attempt to ‘impress the judges.’ The lingual surface of the molars definitely needed more attention from all participants involved.

The researchers concluded, “Our findings underscore the limited uptake of generic oral self-care recommendations and emphasize the need for personalized brushing recommendations that derive from the objective sensor data provided by powered toothbrushes. Simply asking individuals to brush longer or more frequently may not result in more thorough brushing behaviors.”

In summary, the results suggest that we should check in with our patients and determine which they prefer to use, powered or manual, and if powered, which kind. Most of us already do this, but dental professionals should be mindful and base our home care instruction on the areas that need more attention based on what we see during hygiene treatment and educate on the specific brushing technique for the particular brush used. Despite our detailed home care recommendations, the researchers stated, “There are manifest discrepancies between professional recommendations on brushing techniques and what is actually practiced in the home setting.”

Again, this study was small, which is a limitation of the study, but it is interesting to see that even when using a powered toothbrush with detailed home care instructions, patients don’t always tend to hit the mark and brush correctly. As dental hygienists, we already know this!

Before you leave, please consider checking out the Today’s RDH self-study CE courses. All courses are peer-reviewed and non-sponsored to focus solely on high-quality education. Click here now. 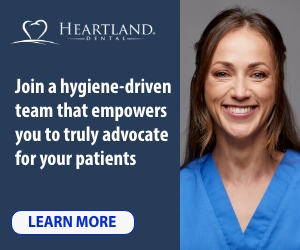 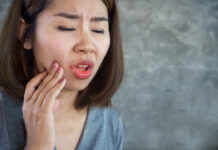 Stomatitis: How Dental Professionals Treat and Manage these Conditions 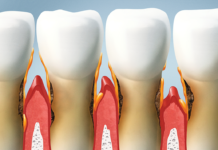 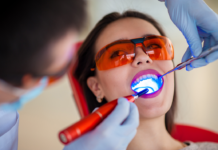 Do Genetics Play a Role in the Failure of Composite Fillings? 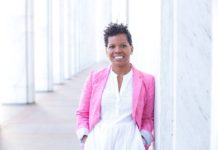 What Other Hygienists Do: Be an Advocate Through a Non-profit