Can we take a moment and address the pink elephant in the room? How often do you hear dentists have a high suicide rate? Maybe you have personally worked for a dentist that took his/her own life. Maybe you or someone you know wants to go to dental school, but the mere fact that looms over the possibility of fate suppresses the desire to do so. Or maybe you are sitting here reading this article with absolutely no idea that dental suicide accusations exist. However, maybe this has been a misrepresentation all along.

Four years into my dental hygiene career, the second dentist I ever worked for committed suicide four months after he abruptly shut our office down. I was deeply saddened, hurt, confused, and scared. It was then people began to tell me it wasn’t surprising he took his life, as dentists, in general, have higher suicide rates. I took the accusations as truth without ever exploring validity, until now.

A quick Google search will provide information with varied opinions about suicide in dentistry. Many will lead the researcher to believe the fate of dentists is inevitably going to end in deep depression and eventually suicide. Others compel the accusations dentists have high suicide rates. Both make great arguments.

Suicide is the nation’s 10th leading cause of death for ages 16 and older, claiming as many as 40,000 lives in 2012.[1] In the general population, suicide is underreported by as much as 33% due to the negative stigma attached to it.[1] Therefore, there is no current, reliable data supporting the prevalence of suicide in dentists alone. Healthcare workers, including dentists, rank at number 11 on the CDC’s list of the top 30 occupations likely to commit suicide.[2] The risk factors for occupational suicide include, but are not limited to, job-related isolation and demands, stressful work environments, work-home imbalance, and financial pressures, all of which dentists can relate to.

The belief dentists had a higher suicide rate of 2.5 to 5.5 times more than other white-collar workers stemmed from a series of articles in the 1960s.[3] The arguments are somewhat compelling and relatable. Confinement in a small, often windowless, room compared to the size of rooms in larger institutions is said to be one reason dentists are at risk for depression. Isolation is attributed to dentists who practice solo, thus lacking colleagues to vent frustration. This said isolation is blamed on the saturated dental field leading to competition among offices. The repetitive patient conversation which includes, “Are you a real doctor?” and, “I hate seeing you,” is also blamed for creating insecurities in dentists. And of course, one of the many reasons that are blamed for suicide is the dentist’s personality type, leading to unrealistic expectations of him/herself and extreme conscientiousness. While all of the above facts may be relatable and factual, it does not corroborate that dentists are more likely to commit suicide.  Dentists only contribute to 3.7% of reported suicide deaths.[2]

How can you prevent the dark cloud?

Dental professionals can and should buffer work-related stress to maintain a healthier mind. Some programs are incorporating occupational stress programs to prepare students better before beginning their careers. A study in which 55.6% of schools responded revealed 27 schools were offering predoctoral students lectures on professional stress, but only 7 taught dental hygiene students about stress.[3]

Engaging with dental colleagues, and relatable professional groups can help alleviate stress by simply conversing and listening to others who can relate. Utilization of daily lunch breaks, and taking much-needed time off from work, are also a few suggestive ways dentists and dental professionals alike can buffer occupational stress. Physical activity can also help alleviate stress after a taxing day at work. Scientists have found that regular participation in aerobic exercise has been shown to decrease overall levels of tension, elevate and stabilize mood, improve sleep, and improve self-esteem.[4]

So basically, dental professionals are at no greater risk of committing suicide than other professionals. Each career has various contributing factors and stressful environments which can assist in leading to depression. What truly matters and makes a difference, is how one approaches these situations and how they respond when faced with adversity. Remembering boundaries, respecting one’s self, and disconnecting from work, can help achieve a less stressful career.  Lay those worries to rest; you are not doomed after all.

If you or someone you know is struggling with depression or has had thoughts of harming themselves or taking their own life, get help. The National Suicide Prevention Lifeline (1-800-273-8255) provides 24/7, free, confidential support for people in distress, as well as best practices for professionals and resources to aid in prevention and crisis situations. 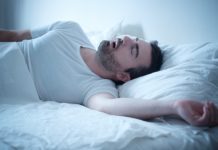 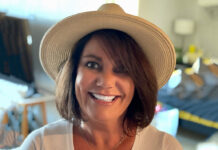 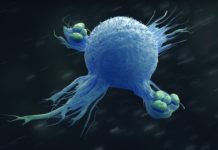 The Role of Macrophage Polarization in Periodontal Disease and Gingivitis