Orthodontics are nothing new to us today. In fact, 4 million Americans wear braces.1 It is very common to see children, teens, and even adults going through orthodontic treatment. Orthodontics is the most common method used to move teeth around to a more desirable position.

We all love and desire a perfect smile, and Dr. Charles Gemmi of Orthodontics Limited said in an article, “Americans are obsessed with perfect teeth because they know the power of a beautiful smile.”2 But when did this “obsession” start, how far back do braces go, and how far have they come? Most would be surprised to know that braces date back as far as 50,000 years!

According to Norman Wahl, in the American Journal of Orthodontics & Dentofacial Orthopedics, archeologists have found misaligned teeth remains dating back as far as 50,000 years.3 The very first braces were made from animal skin attached to teeth the same way modern dentists attach wire braces. Archeologists believe that catgut may have been tied to crude metal bands around the mummy’s teeth to provide pressure to move the teeth.

Archeologists believe that the first orthodontic procedures were practiced as early as 1000 BC in Greece.4 The Etruscans who lived around Italy between 770 BC and 270 BC had very expanded burial rituals. As part of their burial ritual, they would prepare the body of the diseased, and part of that preparation was the placement of a mouth guard device. The device was placed in the mouth to prevent the teeth from collapsing inward over time.

Aulus Cornelius Celsus was a Roman encyclopedist who was known for his extant medical work. Celsus holds the recorded attempt to straighten misaligned teeth by using routine finger force alone.

Later, Celsus’ Roman colleagues created dental hardware that looked like the braces modern dentists use today. Small golden wires were attached to the teeth in an attempt to correct misaligned teeth.

The man known as the father of modern dentistry, Pierre Fauchard, invented the very first well-known orthodontic device. Fauchard, who was also the author of “The Surgeon Dentist,” pioneered the orthodontic device called the “bandeau.” The bandeau was a mouth guard-like device, also described as a “horseshoe-shaped piece of iron”5 device that was used to help teeth remain in the desired position and expand the palate. Later in 1757, the dentist and author of “The Dentist’s Art,” Pierre Bourdet, improved the bandeau in several ways. Bourdet was the first dentist on record who recommended and saw the importance of premolar extraction to help with overcrowding.

Christopher-Francois Delabarre created the very first modern braces for teeth in 1819. The braces Delabarre created were a wire “crib” that were placed directly over a set of two teeth to keep them in place. In 1844, Dr. Edward Maynard added elastics to improve jaw alignment. E.J. Tucker cut rubber bands from rubber tubing, improving the design, which made it more comfortable for patients.

In the early 20th century, dentists had yet to figure out how to bond braces individually to each tooth temporarily. The first modern braces required wrapping wire around each tooth because bonding techniques weren’t strong enough to fasten wire to the front of the tooth temporarily. When it came to materials, dentists used whatever they could find at the time. Ivory and zinc were very popular materials, but nothing more popular than gold.

The 1970s came around with several breakthroughs, like the arrival of stainless steel and dental adhesive to the front of the tooth. These breakthroughs allowed braces to be significantly less painful, less damaging, and shortened the duration of treatment.

The breakthroughs that the 1970s brought were great, but people wanted braces to be less noticeable. It wasn’t until 1977 that two Stanford graduates with no dental training launched Align Technology. Zia Chishti discovered that his teeth would start to shift if he didn’t wear his retainer, which was part of his orthodontic treatment. Once he would put the retainer back in, he noticed that his teeth would start to move back to the proper alignment.6

Chishti took this discovery and formed an alliance with Kelsey Wirth and created a method that combined 3-D computer technology with the plastic retainer. The concept behind the plastic retainers involved a series of removable clear plastic aligners, which were aimed for adults who wanted a more discrete option when it came to orthodontic treatment.

From catgut tied to crude metal on mummies teeth to aligners that are barely noticeable, braces and the world of orthodontics have come a long way. This alone is definitely a reason to smile! 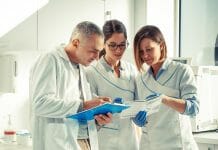 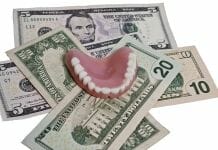 Ask Kara RDH: What should I do about doctor cutting my... 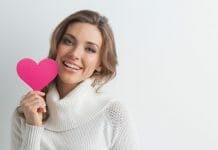 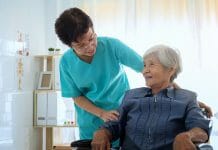