A new study by New York University Rory Meyer College of Nursing researchers found that each tooth you lose increases your risk of dementia and cognitive impairment. In their findings, published in JAMDA: The Journal of Post-Acute and Long-term Care Medicine, the researchers report a decreased risk of cognitive decline in older adults using dentures.

These findings suggest that you can reduce the risk of cognitive impairment by seeking early treatment for tooth loss using dentures. The Center for Disease Control and Prevention reports that 1 out of 6 adults above 65 years lose their teeth. Previous studies also linked tooth loss to declining cognitive function.

Researchers have offered varied explanations for this link. In one explanation, they associate it with nutritional deficiencies arising from your inability to chew after tooth loss.

According to the experts, when your chewing is impaired, your body is deprived of essential nutrients. The cut promotes changes in your brain cells, causing diminishing cognitive function.

The researchers at NYU Rory Meyers Nursing College conducted about 14 studies involving 34,074 adults. Out of these, 4,689 had diminished cognitive function. They carried out a meta-analysis using 14 longitudinal studies of cognitive impairment and tooth loss.

In their study, they found that 23.6 % more adults without dentures had cognitive impairment. This finding mirrored a higher number than the 16.9% of those who had dentures and exhibited symptoms of cognitive decline. The results showed an insignificant risk of cognitive decline in adults using dentures.

The researchers established a relationship between the extent of tooth loss and the severity of the cognitive decline. People who lose more teeth exhibit more severe symptoms of cognitive impairment than those who lose fewer teeth.

In their findings, the researchers confirmed that each tooth you lose increases your risk of cognitive impairment by about 1.4%. It also raises your chances of developing dementia by approximately 1.1%.

These findings underscore the significance of oral hygiene. Good oral health helps to preserve your teeth and cognitive function.

According to Bei Wu, a professor of Global Health at New York University’s Rory Meyers College of Nursing, there is a link between poor oral health and the increasing cases of dementia and Alzheimer’s disease. He urges people to seek a deeper understanding of this link and use every opportunity to improve their oral health throughout their lives. 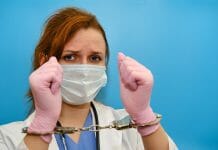 Nurse’s Conviction: Could Hygienists be Criminally Prosecuted for Errors? 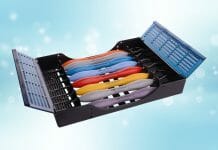 A Comprehensive Review of LM Sharp Diamond™ Instruments During COVID-19 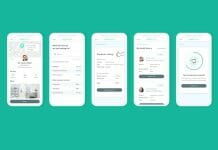 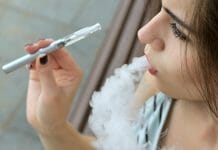