Recently, Governor Mike Parson of Missouri signed a new law that restricts the ability of dentists to prescribe opioids. Under the new law, dentists cannot prescribe more than the equivalent of 10 Vicodin pills per day, and can’t write prescriptions for time-released opioids like OxyContin at all. The bill was crafted in cooperation with the Missouri Dental Association, who welcomed the opportunity to collaborate and develop guidelines to help address the growing problem of opioid addiction.

While the Missouri law may seem to be unnecessary, a groundswell of research in recent months shows that pain management in oral health may be a significant contributor to opioid addiction, particularly in young people. Dentists prescribe just 6-8% of all opioids in the US but are the primary prescriber of opioids to young people aged 10-19. Over 30% of young people with a prescription for an opioid drug received it from their dentist. Unfortunately, we now know that even prescription opioid use in young people is a significant predictor of later addiction.

In fact, according to a study from JAMA, young people who received an opioid prescription from a dentist had an elevated risk of persistent opioid use and a greater risk of opioid abuse. A startling nearly two-thirds of 14- to 17-year-olds receive opioids following a third molar extraction, often creating a “first exposure” to these highly addictive drugs. Even among 12th graders who do not use illegal drugs and disapprove of marijuana, a legitimate opioid prescription makes them up to 33% more likely to misuse opioids after high school.

As the issue of opioids in dentistry has drawn more scrutiny, even more studies are being done. A recently released study analyzed data from October 2018 to January 2019 and found that dentists in the United States prescribe opioids 37 times more often than dentists in the UK. Dentists in England rely on analgesics and NSAIDs for pain management, while dentists in the US are frequently prescribing opioids with a high potential for abuse. Interestingly, science suggests that acetaminophen and NSAIDs work synergistically, and may be even more effective at treating severe pain than opioids. Ibuprofen and acetaminophen provide the maximum pain relief, as proven in repeated studies going back to 1989, and certainly offer the greatest balance between benefit and harm in treatment of dental pain.

The ADA is taking steps to respond to the role of dentists in the nation’s opioid crisis, as President Jeffrey M Cole shared during the National Institutes of Health Pain Consortium in May. According to Cole, the ADA is actively working to update and communicate their policies on pain management and opioid prescriptions throughout the dental community, to help providers be more informed about opioid abuse. At the same consortium, Dr. Martha Somerman, the Director of the National Institute of Dental and Craniofacial Research, talked about the need to develop better strategies for medication for pain management and referenced the upcoming Surgeon General’s 2020 Report on Oral Health, which will devote a chapter to orofacial pain and pain management.

Traditional approaches to pain management by dentists have always counseled that a dentist take into account any prior history of medication abuse. However, it’s only in the past year that we have begun asking dentists to consider a young person’s potential for future abuse when given a prescription for an opioid medication. As the US struggles to control the opioid epidemic, and information and policy are being shaped every day, Missouri may not be the only state considering legislative means to reduce access to these drugs. Dentists are eager to collaborate with policymakers and other agencies to create and clarify dental pain management strategies that pose fewer risks while still caring for their patients. 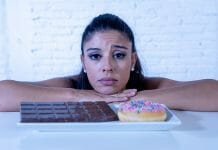 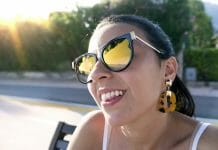 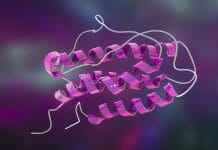 A Clinical Trial of Topical Erythropoietin Use During Gingival Graft Surgery 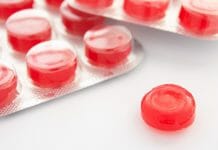 Study Shows Some Xerostomia Lozenges May Cause Dental Erosion