Aloe vera gel has shown remarkable promise in treating a variety of oral health conditions, as demonstrated in study after study.

Recently, a small study examined the effects of aloe vera gel in conjunction with SRP to treat chronic periodontitis. Patients were given standard SRP in one quadrant, with SRP and local aloe vera gel in another quadrant. Upon reexamination on the 30th and 60th days after treatment, the plaque index in all patients and quadrants remained the same. However, the aloe vera treated quadrants had significantly lower gingival index and probing depth. While this study only included 20 patients, and further research is needed, it reinforces what researchers have been discovering about aloe vera for years.

Another study has examined the use of aloe vera to treat recurrent aphthous stomatitis (RAS). RAS affects 20-30% of adults, and a greater percentage of children, at some point in their lives. Overall lifetime prevalence of the disease in the United States and Canada is estimated at 46 – 69%. RAS is characterized by one or more discrete, shallow, painful ulcers on the oral mucous membranes. Individual ulcers typically last 7-10 days, but larger ones can last for several weeks or months and may cause scarring.

The effects of RAS vary dramatically. For some, these ulcers are a minor nuisance and can be treated with avoidance of irritating foods and beverages. For others, they may be painful enough to interfere with normal eating, drinking, and even speaking habits.

Unfortunately, when not associated with a systemic disease, the cause of RAS is not entirely clear. While it is statistically associated more strongly with young people below the age of 30, women, stress, and trauma, the lack of a single, identifiable cause makes this painful condition difficult to treat. Research has actually suggested that different subgroups of sufferers have different causes for the condition. While it is generally treated with topical steroids, these treatments reduce the severity of the condition without preventing recurrence.

However, researchers in Iran completed a study using topical 2% aloe vera gel, widely prized for centuries for its anti-inflammatory, wound-healing, and antibacterial properties. Researchers found that aloe vera gel significantly reduced pain and healing times in RAS against placebo. While studies regarding the role of aloe vera in the recurrence of RAS have yet to be completed, it is shown to be competitive with other current treatment strategies that consist of reducing pain and speeding healing to the affected area.

Another study examined the role of aloe vera against Enterococcus faecalis. E. faecalis is the bacteria most responsible for failed obturated root canals and endodontic treatments. It is highly resistant to intracanal medications and can survive in the root canal without the support of other bacteria.

This study compared the efficacy of aloe vera gel along with other intracanal medicaments in the proliferation of E. faecalis in deep dentin. The study examined the effects of:

The results of the study found that all these treatments were effective against control in reducing colony-forming units of E. faecalis in deep dentin. TAM was the most effective, but aloe vera gel and propolis were also helpful in fighting E. faecalis.

Aloe vera gel has also been shown to be as effective as commercial dentifrice in fighting harmful oral microbes, an effective treatment for oral lichen planus, and to stimulate dental pulp cell proliferation and dentin formation. Furthermore, these treatments are simple, inexpensive, and have virtually no risks or side effects. Aloe vera gel may open up new avenues for treating patients with complex health conditions or risk factors, and the low cost, the simplicity of use, and ease of access may increase patient compliance. We look forward to more studies exploring the exciting potential of aloe vera in oral health. 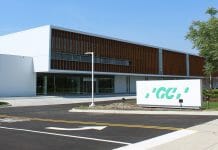 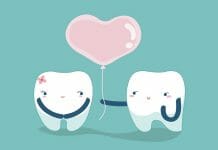 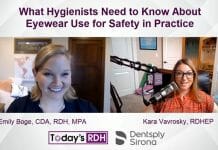 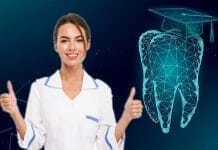 Dental Hygienist’s Letter: I Am Qualified to Provide Care for Patients