We all know how drinking alcohol affects your liver, kidneys, and perhaps even personal lives, but what about your mouth? Does drinking ethanol, or alcohol, negatively affect your teeth and jaw? A new study, entitled Ethanol Binge Drinking Exposure Affects Alveolar Bone Quality And Aggravates Bone Loss In Experimentally-Induced Periodontitis, examines what damage sporadic or binge drinking cause on your mandible, in the alveolar region specifically.

Sporadic binge drinking is different from everyday alcoholism and hasn’t been studied concerning dentistry as much as alcoholism has. A college kid who overdrinks every Friday and Saturday night isn’t seen in the same light as a person who drinks to get drunk every single day.

Of course, the teeth and saliva of someone who drinks every day are going to be affected by the ethanol, that’s a given fact. But are there any negative effects on the mandible of a person who parties once or twice a week? If the mandible is affected, how is it affected and what can come of continued, though sporadic, alcohol abuse?

The same researchers have spent their time studying the effects that heavy and consistent drinking has on jaw and teeth. In the past, they have discovered a direct and significant relation between ethanol and ligature-induced periodontitis, with a loss of bone, and therefore teeth, in their subjects. Their subjects, however, have been mice and rats in lieu of humans to maintain absolute control over the experiment.

The researchers have directly observed that intermittent drinking, concerning a subject’s genes, disrupts bone remodeling. It has also been discovered that binge drinking increases the amount of bone reabsorbed in orthodontic treatment and bone mineral density changes. But what they hadn’t studied was the effect binge drinking had on alveolar bone loss in ligature-induced periodontal diseases.

A micro-CT scan was used on the mice to derive all relevant information. The researchers discovered that weekend binge drinking that does not continue indefinitely but decreases in intensity with age, does not negatively or permanently affect vertical alveolar bone loss. It has been found that the effects such drinking has on the jaw depend on the subject’s age and the length of time using alcohol.

It has also been discovered that anyone who already suffers from ligature-induced periodontitis will be negatively affected by alcohol intake no matter what. Direct exposure to alcohol causes inflammation and oxidative damage. This manipulates bone homeostasis, slowing or stopping bone formation while increasing bone absorption, all causing tooth loss, and further jaw damage.

Bone density is reduced in people (and mice) who drink routinely, aggravating any level of osteoporosis, which is also a leading cause of tooth loss. Alcohol also increases a person’s chance of suffering from a bacterial infection that enters the body through the mouth.

The researchers have decided, through direct study of the subjects and test results, that episodic alcohol intake does decrease the strength of the alveolar bone in those already suffering from periodontitis. Alcohol greatly increases the damage that can be caused by the disease and alcohol dependence is what causes permanent and extremely serious mandibular periodontitis.

Those who do not suffer from periodontitis do suffer from a weakening of the mandibular structure concerning the ligaments that keep your teeth in place are in danger. But stopping the sporadic binge drinking in time may heal the damage caused and the bone tissue can regenerate and strengthen. Total healing may be too late for someone who has been drinking for years, especially every day.

So, a college kid, or the like, who goes out drinking once or twice a weekend but discontinues the practice after a year or two may not suffer any lasting effects in the mandible and associated ligaments. A person, on the other hand, who has been drinking every week, or every day, for many years may not realize what they are doing to their teeth and bone.

A hygienist, or another dental professional, can carefully inquire about a person’s drinking habits and carefully discuss the short and long-term effects that drinking has on the future of their oral health. It may also be prudent to discuss this issue with high-school-aged children, especially those who are in orthodontic treatment.

Oncological Treatment in Children May Alter the Development of Dental Occlusion 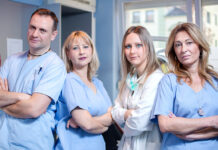 Examining Growth of Mid-level Dental Practitioners Inside and Outside the U.S. 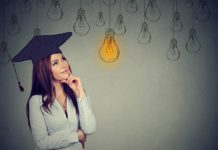 What’s Next? My Personal Experience towards a Bachelor’s Degree