There are few other terms in dentistry that can provoke a debate the way the word “fluoride” does. Despite the CDC deeming community water fluoridation as one of the ten greatest public health achievements of the 20th century, petitions to remove fluoride from drinking water sources and pushback on implementing community water fluoridation (CWF) is not uncommon. This is due in part to the immense amount of conflicting information surrounding the effects of fluoride.

What is fluoride and how does it work?

Fluoride is a naturally occurring element found in many minerals, water supplies, and foods. All water contains some fluoride, but some sources do not have enough to prevent dental caries, while groundwater and natural springs may contain naturally high levels.2

Fluoride has topical and systemic benefits; water fluoridation benefits are primarily topical because of the fluoride in saliva, but there are also systemic benefits to water fluoridation.3  Systemic fluoride from food, beverages, or dietary supplements benefit the unerupted tooth enamel of the permanent dentition by helping to make tooth enamel stronger and more decay resistant. After the permanent dentition has erupted into the oral cavity, topical fluoride from sources like toothpaste helps to rebuild or remineralize weakened tooth enamel.4

What is community water fluoridation and why is it needed?

Seventy-four years ago, it was unknown how to prevent tooth decay. While most children barely get their full adult dentition by age 13, it was not uncommon at that time for most to have already lost at least one permanent tooth by that age to decay. As recently as the 1950s, half of American adults had lost all permanent teeth by age 65.6 Community water fluoridation began in Grand Rapids, MI in 1945 and is the simple addition of fluoride to community drinking water to increase natural fluoride to levels recommended to prevent dental caries.2,4

Dental caries can cause pain, trouble eating, speaking, and poor school performance. It is estimated that 1 in 4 children living below 100% poverty level had untreated tooth decay between 2009-2010 and that over 51 million school hours are lost yearly due to dental-related illnesses.4,7

Today, 3 in 4 Americans that use public water have enough fluoride to prevent decay. Community water fluoridation keeps a low level of fluoride in the mouth, in dental plaque, and saliva throughout the day. It has been proven to reduce decay rates by 25% for children and adults with an average of two fewer decayed teeth per person compared to populations without CWF.2 Drinking water accounts for 40-70% of fluoride intake for children ages six months to 14 years old, and 60% of fluoride intake for adults.7

A bonus of community water fluoridation is that it is also cost-effective. Compared to the cost of a filling, CWF can cost a population of five-thousand approximately $3.70 per person per year.  This drops to $0.50 per person per year in communities of twenty-thousand.7

Why is there opposition to community water fluoridation?

Despite the proven oral health and cost-effective delivery benefits of community water fluoridation, implementing the addition of fluoride to a community’s drinking water often faces an uphill battle. Due to concerns over “mass medicating,” public health officials have had to weigh risk vs. benefit of CWF as a public health action that may encroach on an individual’s preferences.

After a thorough review of community water fluoridation standards in 2015, the Surgeon General reiterated that CWF remains a “feasible, cost-effective method of delivery for all regardless of age, education, or income.” This is backed by clear evidence that community water fluoridation has caused significant declines in the prevalence and severity of dental decay in the United States over time.2,6,7

Silicofluoride, the compound used in community water fluoridation, is rapidly hydrolyzed to fluoride when added to drinking water. There are concerns that this compound is poison or industrial waste, but these concerns are unfounded. Non-profit, non-governmental agencies such as the American Water Works Association, NSF International, and the American National Standards Institute regularly test community water sources and align with World Health Organization findings that amounts of silicofluoride in drinking water fall well below contaminant concentration guideline values.7

Dental fluorosis is the only potential unwanted health effect from community water fluoridation.  A NHANES comparison of dental fluorosis rates from 1986-87 to 1999-2004 did show an increase in samples of American children from 23% to 41% respectively. This increase was thought to be due to increased availability of other sources of fluoride such as toothpaste, drops, supplements, lozenges, and bottled fluoridated water. In order to balance OTC fluoride availability and dental fluorosis risk, a panel updated the recommended amount of fluoride to 0.7mg/L in 2015 from the previous range of 0.7-1.2mg/L implemented in 1962.2,7

During the 2015 review, the CDC gave the public an opportunity to comment on their support or opposition for community water fluoridation. These are the five major concerns against water fluoridation that presented from those comments:

What are the risks of discontinuing community water fluoridation?

In 2007, the community of Juneau in Alaska voted to discontinue their community water fluoridation program. A landmark study sought to find out if the cessation of CWF in this community had any effects by comparing Medicaid dental claims of patients aged 0-18 from 2003 when there was optimal CWF to the same age group in 2012 (five years after cessation).5 Results found statistically significant increases in the mean number of caries-related procedures completed for the group with suboptimal fluoride from 1.55 to 2.52.

Not surprisingly, the age group that had the largest increase in caries treatment procedures and cost on average were those born after community water fluoridated had been stopped.5 Caries treatment-related costs increased across all age groups from 28-111% proving that cessation turned out to be costly for this community. This study provided a strong argument that community water fluoridation reduces cost burden, prevents the prevalence of dental caries, and advances oral health.

What can Dental Hygienists do?

Dental hygienists have a strong role in educating the public about the importance of community water fluoridation, and it is important that we understand it ourselves. In a study done at the University of Maryland, dental hygiene students were surveyed on the benefits of community water fluoridation. CWF, dental visits, limiting sugar, sealants, fluoride varnish, and brushing with fluoride toothpaste were all weighed. Only 44% of the dental hygiene students correctly identified CWF as the single best option to prevent tooth decay in populations.1 A secondary questionnaire found that most students felt they had received mixed messages from faculty about CWF benefits and felt unsure in their knowledge. This study concluded that if oral health providers are confused about preventative strategies, we are not able to effectively educate the public or other health providers.1

For further resources on community water fluoridation, the ADHA has provided a Fluoride Fact Sheet, or you may also visit the ADA’s website. The CDC’s My Water’s Fluoride page also allows individuals to determine if their drinking water source is fluoridated to optimal levels. 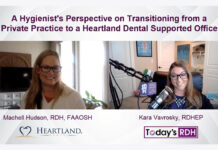 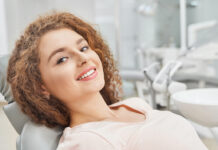 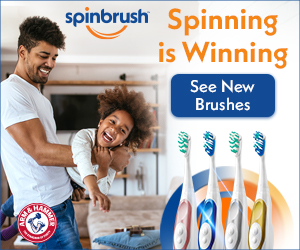 How to Spot a Toxic Dental Office During a Job Interview 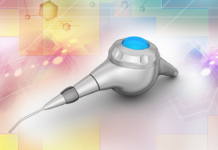 You Down with APP? Yeah, You Know Me! 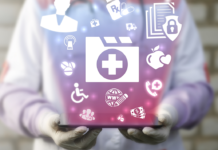 The Medical History Mystery: Getting Patients to Understand the Importance of... 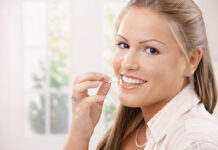 Sugarfree Gum: How It Can Benefit Oral Health 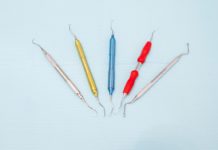