New research reveals there may be a potential link between tooth loss and cardiovascular disease. Researchers presented data from a recent study at the Lifestyle and Cardiometabolic Health Scientific Sessions during the 2018 American Heart Association’s Epidemiology and Prevention conference. According to the results of the preliminary study, middle-aged patients who lost two or more of their natural teeth had a higher chance of developing cardiovascular disease.

Researchers from the Tropical Medicine and Harvard T.H. Chan School of Public Health and Tulane University School of Public Health studied a group of middle-aged adults who ranged from 45 to 69 years of age. The researchers analyzed the impact of tooth loss over a duration of eight years. None of the adults had any type of cardiovascular disease at the beginning of the study. The participants had to report to the researchers if they lost any teeth and researchers documented the number of their remaining natural teeth.

One of the authors of the study, Lu Qi, M.D., Ph.D., is a professor of epidemiology at Tulane University in New Orleans. Qi says they decided to conduct the study because past studies revealed tooth loss was correlated to inflammation, but researchers still weren’t sure how it could influence the patient’s risk of developing cardiovascular disease. Previous studies also analyzed the patient’s dental health for the duration of their life, while Qi and his research team decided to shorten the time period of the study to just eight years.

It was found participants who lost two or more of their natural teeth were 23 percent more likely to develop cardiovascular disease when compared to other people who didn’t experience tooth loss. The team noted there wasn’t a big increase among people who reported losing only one tooth during the eight-year period. However, participants with fewer than 17 natural teeth at the beginning of the study were 25 percent more likely to be at a higher risk. The cardiovascular disease risk among all the participants increased 16 percent among those who lost two or more teeth during the study when compared to those who didn’t lose any teeth.

Overall, the results of the study demonstrated how poor dental health, like tooth loss and periodontal disease, could affect the heart. Healthy lifestyle factors, like a low body mass index coupled with a healthy diet and exercise regimen, were not a factor in the participants being at a higher risk factor for cardiovascular diseases. Participants with unhealthy factors like high blood pressure, diabetes, and high cholesterol also did not seem to make an impact.

Dr. Vincent Bufalino, a cardiologist and director of the Advocate Heart Institute in Chicago who was another researcher for the study noted, “This study highlights an interesting trend that shows that dental issues actually do play a role in coronary heart disease.” The research from the study provided data demonstrating the missing association between cardiovascular disease risk and tooth loss. Besides poor oral health and bad habits, inflammation and diabetes are also related to cardiovascular diseases. The physicians noted one important limitation of the study was that participants were asked to report themselves if they lost a tooth, which could lead to misclassification.

Finally, the researchers believe the results of the study reveal how important it is for primary care physicians to pay attention to oral health. Tooth loss and other changes to their patient’s oral health can be a sign there are more serious underlying health issues. Specialists like dentists can also refer patients to a cardiologist when necessary since it can be a contributing factor to developing cardiovascular diseases. Patients can also improve their own health outcomes and prevent heart disease by not smoking, eating healthy foods, and monitoring their cholesterol, and blood sugar levels. 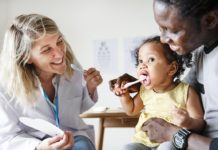 Ambassadors: Ways to Market a Dental Practice Internally and Externally 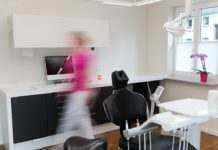 Getting Out of the Op: Advice is Everywhere, but Beware 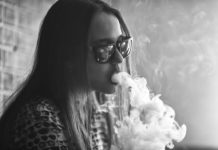 E-cigarettes May Increase Rate of Caries in Youth 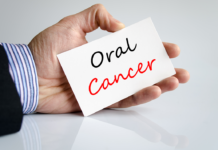 The First Line of Defense Against Oral Cancer