The nationwide trend toward wearing masks has precipitated a new concern for dental patients − oral malodor, aka bad breath. Oral malodor is an “unpleasant odor” created by gram-negative anaerobic bacteria that produce volatile sulfur compounds (VSC).”1,2 Malodor roughly affects over 50% of the population, and the causes vary from pathologic to nonpathologic in nature.

The dental hygienist plays a key role in determining the cause and treatment of the presence of odor malodor.

The primary cause of oral malodor is volatile sulfur compounds (VSC) such as hydrogen sulfide, dimethyl sulfide, methyl mercaptan, and sulfur dioxide. VSCs originate from proteinaceous substrates that include oral epithelium, salivary corpuscles, accumulation of food debris, saliva, and blood.2 Past studies indicate that roughly 90% of oral malodor originates in the oral cavity; however, the causes may vary.3

The malodor source is typically the tongue, which acts as the perfect vesicle for VSC to reside due to the anatomy of the tongue’s surface. The tongue is made up of a variety of papillae that allow food debris to be trapped in the crevices.

Non-pathologic causes − Non-pathological causes of malodor are typically temporary and are a result from receptors that can be easily altered. One example of a non-pathological cause is smoking. A study conducted in 2017 evaluated 37 patients on the effects of smoking versus nonsmoking.4 The smoking patients presented with malodor, periodontal disease, and oral home health habits.

The study results comparing smokers versus nonsmokers indicated an increase of hydrogen sulfide, the main component of malodor, in smokers as opposed to nonsmokers. The primary gram-negative bacterial components found in the saliva of the smokers included Fusobacterium and Campylobacter rectus. In conclusion, the study revealed that smoking promoted the “colonization of periodontal pathogenic bacteria in tongue coating influences oral malodor by increasing the amount of volatile sulfur compounds.”4

Another example of a non-pathological cause is prescription drugs. The results of xerostomia from prescription drugs increase the presence of malodor. Typically, sympatholytic drugs used for high blood pressure such as a-blockers, a-2 blockers, and beta-blockers interfere with salivary production.

Other examples that have a temporary effect are muscle relaxers and sedatives.2 Lastly, the accumulation of food debris, the consumption of specific foods that include onions, garlic, and some spices, the decrease in salivary flow during sleep, and metabolic functions have also been targeted as malodor causes.

Malodor indicated from food impaction is a result of defective restoration and subgingival pockets created from periodontal disease and inflammation as well as tooth crowding.

Malodor can also be indicted in nonoral extrinsic circumstances such as hepatic or renal failure, cancer, acidosis, and diabetic ketosis. Gastrointestinal conditions have also been indicated in the presence of malodor, but there is no supporting evidence to date.

The first step in evaluating odor malodor is to review medical history. The indication of pathological and non-pathological indicators should be accessed as well as the patients’ medication list and oral home care regime.

For example, in the presence of a bacterial infection such as periodontal disease, gingivitis, mucositis, or abscess, an antibacterial agent may prove to be the best form of treatment in reducing the gram-negative and gram-positive bacterial flora.

Alterations in oral home care recommendations due to dexterity issues caused by stroke, arthritis, dementia, or neurologic disorders should also be addressed. The use of an electric toothbrush or ergonomic toothbrush designed for physically-challenged individuals, such as those suffering from arthritis, should be recommended. Another recommendation would be the use of a family member or home health aide to assist in the daily oral care regimens.

Lastly, the recommendation of probiotics in cases where gastrointestinal disease and acid reflux is an underlying cause, nutritional counseling, and an increase in water consumption can be effective malodor treatment options.

Probiotics are “living microbes, or as food ingredients containing living microbes, that beneficially influence the health of the host when used in adequate numbers.”5 Studies have indicated the use of certain probiotics and certain foods have promoted healthy gut and oral health. 5 Nutritional guidance may also include a decrease of spices and spicy food intake as well as an increase in water consumption to reduce the acid production related to the presence of malodor.

Overall, mask or no mask, the prevalence of oral malodor is a concern with dental patients, affecting over 50% of the population. The cause and treatment of odor malodor is not a “one size fits all” model. Therefore, thorough clinical examinations and evaluations of the patients’ dental and medical history are important during treatment for oral malodor. 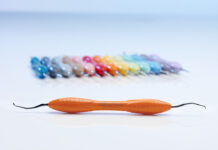 What Hygienists Should Say When Patients Refuse Dental Radiographs 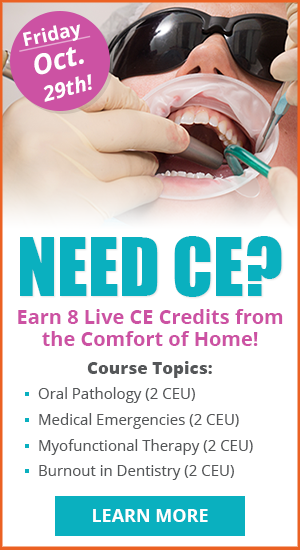 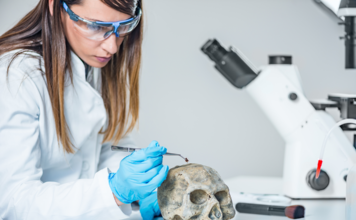 The Best Student: 7 Traits for Success in Hygiene School

Aspiration Pneumonia: Understanding the Importance of Oral Care among the Elderly 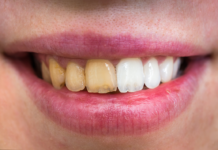 Ask Kara RDH: What can I recommend to patients with heavy... 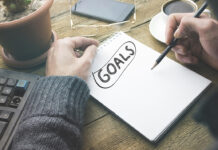 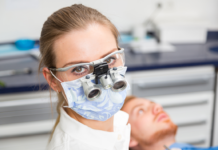