A recent study has shown that a woman’s oral health can be strongly linked to her menstrual cycle.

The study noted that, even when women practice good oral hygiene, the hormonal changes created during menstruation can present harmful, short-term changes in the microbial load in saliva. Consuming sugar and smoking can make these changes even worse.

The study, published in Frontiers in Cellular and Infection Microbiology in March of 2021, tested the saliva of 103 women in Copenhagen, Denmark, and logged the microbial differences that could be seen in three different phases of their menstrual cycles.

The women participating in the study were all of reproductive age and were separated into three cohorts. A total of 43 did not use any form of hormone-based contraceptive, 41 of the women used an oral estrogen/progestin combined contraceptive for a minimum of six months before the study, and 19 women used an intrauterine device with levonorgestrel, a synthetic steroid hormone. Its effect is similar to that of progesterone.

Women were studied at three different phases of their cycle each month and underwent an ultrasound at each visit to confirm that they were not pregnant. The first ultrasound in each of their cycles also confirmed that endometrium shedding was taking place.

The ingestion of sugar and smoking was self-reported, with sugar indulgence noted on a nine-point scale, and smokers were coded in four groups ranging from daily smoker to never-smoker. Those who participated were asked if they had visited a dental professional during the three months prior to beginning the study.

Saliva’s important role in supporting and stabilizing the microbes found in the mouth is well-researched, including its unique natural antimicrobial properties. In fact, after the large intestine, which has more than 100 billion cells per milliliter, saliva is the second most diverse microbiome within the human body.

However, it is also well known that saliva’s ability to affect microbial changes is highly variable. The antimicrobial properties present in saliva can vary according to age, sex, diet, and other lifestyle factors, as well as hormones. Estrogen has been found to reduce that antimicrobial benefit.

Other major hormonal shifts in women’s lives may also affect their oral health, including puberty, the use of birth control, pregnancy, and menopause. This raises dental professionals’ responsibilities to include the awareness of how women’s life stages and the more normal suspects of sugar consumption and tobacco use specifically affect women’s oral health.

Previous research has noted that saliva, aphthous ulcers (canker sores), and an increase in inflammation were linked to menstruation in women, but there was no follow-on research that found out what the underlying cause was for the observation that women’s oral health differed from men’s health.

By establishing a valid link with the changes to a woman’s natural hormonal cycles and cycles that are influenced by hormones introduced to her system through birth control devices or medication, the implications are wide-ranging for the dental field. According to where a woman is in her menstrual cycle, she may be more susceptible to heightened issues for her oral health at any given time and need more frequent dental support to maintain her oral health throughout her life. 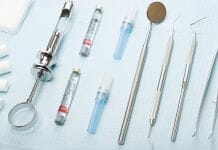 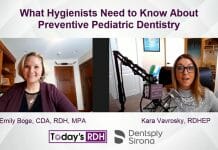 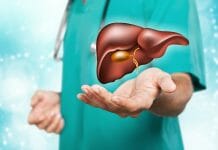 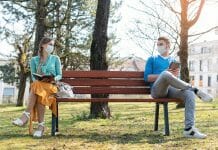