When patients dawn the door of their dentist, whether to spruce up their pearly whites or to cure a toothache, they do not think any further about the appointment outside of its purpose. Patients do not think twice about the radiographs that were taken, the charting that took place, or the molds that were made of their teeth; just as they do not anticipate becoming an unidentified body lying in a morgue. Let’s be frank, not many people think about their destiny ending in a morbid manner. However, the reality is U.S. medical examiner and coroners’ offices receive an estimated 4,400 unidentified human bodies every year, according to the first national census of medical-legal death investigations.[1] Of these, about 1,000 are still unidentified after one year, and 600 are buried or cremated.[1] Dental records are of the utmost importance in the forensic world, and with accurate documentation and dental radiographs, identifying human remains becomes inconceivably easier.

Forensic science dates back to the 700s when the Chinese used fingerprints to identify documents and clay sculptures. However, it was not until nearly the 18th century before dental forensics was used to identify human remains. Paul Revere is said to have been the first American forensic dentist when he was asked to identify the decomposed remains of Dr. Joseph Warren, who was slain in the American Revolution. Revere identified Dr. Warren’s body by the ivory dentures that Revere himself had crafted for the Major General.

Now, forensic dentistry is used consistently to help identify human remains. Dr. Bill Bass world-renowned forensic anthropologist, is the founder and driving force behind The University of Tennessee Anthropological Research Facility, famously known as the Body Farm (the first of its kind). Dr. Bass is renowned for developing evidence-based techniques which have helped solve thousands of cases. According to Dr. Bass, dental forensics are of the utmost importance and the best means of making positive identification. DNA analysis is another means to positively identify a body; however, it is not only costly but a very lengthy process. The average DNA analysis takes around 60 hours to complete.[2] This in itself exemplifies why using dental records is a much cheaper and quicker and, furthermore when DNA is not available; becomes the dominant means of identifying human remains.

Forensic dentists are real-world detectives and serve more than just identifying human bodies, but also can determine the approximate age at the time of death, and help in identifying bite marks. Dr. Bass, who has worked closely with dental professionals, states dental professionals can see things that forensic anthropologists cannot. He goes on to say, we not only have an immense amount of knowledge and understanding of the oral dentition but the surrounding areas as well, thus making our role in the forensic world pivotal.

Besides dental records, sometimes it is another dental-related material which aids in identifying a body. In 1949, John George Haigh, also knows and the ‘The Acid Bath Murderer,’ had killed his last victim and attempted to hide her body by dissolving it in a vat of sulfuric acid. When police combed through the remains, they discovered a complete set of dentures, unharmed, while most of the bone had been dissolved. Because the victim’s dentist had retained a cast of the custom-made dentures, she was able to positively identify the victim.[3]

While many will argue that bite marks are not conclusive, they certainly cannot be dismissed altogether, according to Dr. Bass. In fact, one of the most infamous bitemark cases of the 20th century is that of one of the most notorious serial killers of all time, Ted Bundy. It is widely acknowledged that the expert testimony by forensic odontologist, Dr. Richard Souviron, in relation to the bite mark found on murder victim Lisa Levy, was crucial in securing the conviction, and subsequent execution, of Bundy.[4] Dr. Bill Bass went on to say, bite marks can also be used to place someone at the scene, such as the teeth imprint on a cigarette that may be left behind.

Dental professionals can play a large role in dental forensics indirectly and directly. Dr. Bass has utilized many dental professionals in his career. He does offer this advice, “Take your time when charting. Often, rights and lefts are reversed, and this can cause a problem when reviewing records to ID a victim. Don’t just go from one patient to another but instead, take time and make sure you are charting correctly.”[5] He went on to add, “People should not decline X-rays because radiation from dental X-rays is far less harmful than other things in life such as smoking. We need to do a better job at teaching and educating the public.”[5]

Those with a strong stomach and an itching desire to do more can become directly involved in forensics by either applying to volunteer with their local DMORT or obtain a degree in forensics. After the World Trade Center attacks in 2011, the federal government decided many areas needed more education and more science in the forensic world. Since then, more forensic courses have been offered, one of which is offered at The University of Tennessee where dentists are trained on the latest forensic techniques. Dr. Bass feels we are getting to a stage in science, and in the U.S. collectively, that if you are not board certified in making a positive identification, you will not be allowed to testify as a witness in court. Training in these specific areas will likely increase in the not so distant future.[5]

Whether a dental professional has a desire to become connected to the forensic world or not, they essentially play a vital role just by doing their job daily. Maintaining and accurately documenting records can potentially be the aid forensic professionals need to identify a body and give a grieving family closure. The next time you take a set of dental radiographs or write treatment notes, remember that you are a piece of the forensic puzzle.

SEE ALSO: A Look at Forensic Dentistry & How Teeth Are Used to Identify a Person

DON’T MISS: The Importance of Knowing a Patient’s Health History (And how to simplify the process) 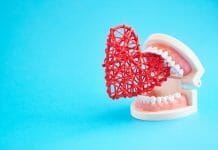 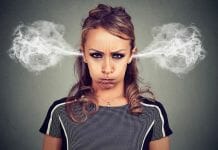 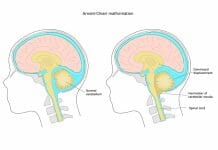 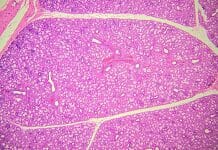