Dentistry does not always have to be boring! Below I have found some fun facts, ancient facts, and interesting facts about dentistry.

Lucy had boarded with a physician while teaching, which sparked her interest in medicine. She was rejected from medical school but was encouraged to pursue dentistry. Jonathan Taft, Dean of the Ohio College of Dental Surgery, welcomed Hobbs in his office until another dentist agreed to teach her. After the Ohio faculty refused to admit her in 1861, Hobbs opened her own office, a common practice at the time as very few dentists had degrees.2

Lucy went on to open her own private practice and was profitable within three years. She was determined “to enter a profession where she could earn her bread not alone by the sweat of her brow, but by the use of her brains also.”2 She later went on to marry and to mentor her husband to become a dentist; they set up a practice together in Kansas. Lucy continued to fight for women’s rights throughout her career.

In 1986, the winner of the National Spelling Bee won by spelling ODONTALGIA.

Since 1925, children across America have participated in school, local, and regional bees with the singular hope of making it to the Scripps National Spelling Bee in Washington, D.C. This year, 11 million students will join in

the experience.3 John Pennington was 14 years old, and in 8th grade, when he won the National Spelling Bee by correctly spelling Odontalgia. Odontalgia defined by Merriam-Websters dictionary is a toothache.

Having kids in between the ages of 5 and12 right now we know all about this tooth fairy money. We like to do a little something different for our kids. We give a dollar gold coin and a book. This is a little different than the going rate, but we like to be unique. We also give $5 for the first lost tooth.

The earliest dentist known by name is Hesi-Re. He lived in Egypt over 5,000 years ago.

Hesi-Re is often called “the first dentist.”4,5 He lived in Egypt and died about 2600 B.C.E. His tomb has an inscription stating, “The greatest of those who deal with teeth, and of physicians.”4,5 A finding dated to about 2750 B.C.E. in Egypt suggests a surgical procedure, with a mandible with two perforations below the root of the first molar suggesting drainage of an abscessed tooth, as well as gold wires found holding two teeth.6

The first toothbrushes were tree twigs: chewing on the tips of the twigs spread out the fibers, which were then used to clean the teeth.

Different types of tree twigs were used for the firmness or softness of the wood to brush teeth in ancient times and even still to this day. Some trees were found to have medicinal properties. These twigs are stripped of the bark at one end, and the middle piece of wood is chewed up until they spread out the fibers. People would get a couple of uses out of one end before they would cut that end and start over. The other end is carved into a toothpick to help remove food from between teeth.

Ancient Greeks, Chinese, and Indians were first thought to use toothpaste around 500 B.C.E. The world’s oldest toothpaste recipe was in found in a collection of papyrus documents at the National Library in Vienna, Austria. In black ink (now faded after 1,500 years) made of soot and gum Arabic mixed with water, an ancient Egyptian scribe has carefully written down a recipe ‘for white and perfect teeth.”7 When mixed with saliva in the mouth, it forms a “clean toothpaste.”7

George Washington never had wooden teeth. His dentures were made from gold, hippopotamus tusk, elephant ivory, and human teeth.

George Washington’s dentures were noted to have human teeth (his own and some of his slaves), gold, tusks, and ivory. There are notations in his ledger that he paid 122 shillings for slaves’ teeth. Notes were also made he saved several of his own teeth that had been extracted to be used in his dentures. President Washington was voted into office with only one remaining natural tooth. Martha Washington also had partial dentures and dentures.

In 1905, Dental Assistant Irene Newman was trained to clean teeth. She became the first Dental Hygienist.

Alfred Fones was born in 1869, and followed in the footsteps of his father and became a dentist. The year Fones graduated dental school, it was discovered that bacteria caused tooth decay.8 Dentists across the country came up with various ideas to combat that, including something called “Odontocure,” in which a woman with an orange wooden stick, pumice, and a flannel rag patrolled the neighborhood cleaning teeth.8 Most gave up, having no time in their busy schedule of yanking and pulling to actually clean the teeth.8 But Dr. Fones had another idea.8 He trained his cousin and chair-side assistant, Irene Newman, to do this delicate work.8 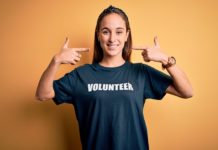 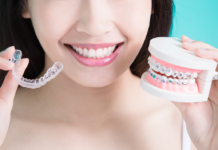 A Life Behind Bars or a Future You Can See: Traditional... 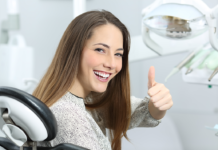 How to Connect with Patients and Get Results