As a sufferer of recurrent herpes labialis (RHL), I have utilized many methods to decrease duration, including acyclovir cream and acyclovir and hydrocortisone cream 5%/1%, laser treatment, docosanol, and valaciclovir.

It had also been suggested to me that applying ice at first tingle reduces the duration and swelling. You name it, and I think I have tried it. Many of these methods work quite well, but I have also found myself without these options when feeling the initial tingling sensation that indicates a new break out.

In fact, I thought to myself often during the past year, “I wonder if there is an essential oil that will work?” Essential Oils – Pocket Reference indicated that tea tree and peppermint oils can be used as well as lemon balm.1

Tea tree, also known as Melaleuca alternifolia, is a bark that is used by the aboriginal people of Australia for roofing their shelters, as well as a substance incorporated into blankets and paintings. They likewise used the oils for medicine. The oil from these leaves has a medicinal use that is considered antibacterial, antifungal, antiviral, antiparasitic, and anti-inflammatory in nature.1 Some of the uses explained can be considered in dentistry − one being the treatment of herpes labialis.

A pilot study in the Journal of Antimicrobial Chemotherapy in September 2001 was conducted by a team of Australian researchers who used 6% tea tree oil in an aqueous gel base or placebo gel. The sample consisted of 20 individuals between the ages of 18-70 years who self-reported RHL. One participant was unable to continue in each group, which brought the final sample to 18.

Participants were to report to the study when the initial symptoms presented. Unfortunately, not all presented in a timely manner to catch the virus at initial stages, which prevented the pilot study from being able to show that tea tree oil had more efficacy than traditional topical treatments. The study did show, however, that tea tree oil did have similar reductions to that of the traditional topical treatments.

It was concluded that tea tree oil may be a potentially cheaper alternative, acceptable to patients, and which poses little threat of inducing resistance to systemic antiviral agents. A larger study was needed to further evaluate tea tree oil as a topical treatment for RHL.2

Another study reported by the University of Maryland examined the effects of using lemon balm.  The German study, which looked at patients in three hospitals and one dermatology clinic, found that when lemon balm was used to treat the initial HSV-1 infection, not a single recurrence was noted. The treatment was begun within 72 hours of the first indication of symptoms and continued for five to 10 days, with the cream being applied two to four times per day. Healing was rated as “very good” by 41% from the lemon balm treatment group, and only by 19% from the placebo group.3

In another double-blind study, 66 patients with a history of oral herpes were similarly assigned to either a treatment group or a placebo group, and given standardized lemon balm or placebo cream, which they applied to the affected area four times daily for five days. On the second day of therapy (when the symptoms were expected to be the most active) the active treatment group reported significantly lower symptom scores with less intensity of discomfort, fewer blisters, and smaller lesions.4

Considering the buzz surrounding essential oils, I felt that I had nothing to lose when attempting my own personal experiment with the two essential oils I had on hand, tea tree and peppermint. According to Essential Oils – Pocket Reference, the route of administration can be done using a single oil or blended and applied topically, keeping in mind that one should test their skin for any sensitivities by first applying the oils to the bottom of the feet.1

Once sensitivities have been tested, the goal was to apply the essential oil(s) to the affected area twice daily, eventually increasing to four times daily. The method would include using one to two undiluted drops, making sure hands have been before and after application. A rule of thumb would be to only blend two oils together when applying oils for the first time. Another way to apply oils is to add to a carrier oil such as the V-6 Vegetable Oil Complex, which is considered to extend the oils and provide more efficient use.1

Personally, I have found the use of the oils undiluted to be most effective for RHL. How has this fared for me, you ask? I was pleasantly surprised! I applied a combination of the two oils (tea tree and peppermint) to the affected area a few times when I felt the tingling sensation on my lip. Within 24 hours, I noticed I did not even go through the vesicle stage!

The area affected was much smaller than I was accustomed to, and it was already exhibiting a dryness. As dental professionals, we know, RHL usually tingles, then appears, and creates a swollen papule that has a multi-bubble-like appearance, papillary in nature. Following this stage, the vesicles usually break open, and the lesion starts to crust over and then dry up to form a scab. Going through all these stages usually takes anywhere from one to two weeks depending upon the severity of the breakout.

Recently, I only applied the tea tree oil a few hours after the tingling began, and by the next day, I noticed the lesion was already drying up. Four days later, I was able to still attend my dental appointment because I only had a small scab. With this kind of turnaround, this can be a game-changer for those of us who experience the series of unfortunate events of RHL, especially when we know that active RHL would be a contraindication to dental treatment.

Having an arsenal of information is always valuable for dental professionals. It ensures that patients have many choices. The use of essential oils for the treatment of RHL is an addition to the list of methods that are often offered to sufferers of this nuisance condition. While medication may be the best treatment recommendation for some and prevention with supplements like lysine may be better for others, unconventional approaches should also be a consideration. 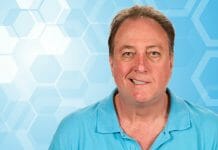 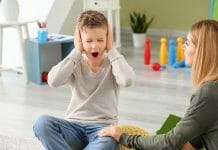 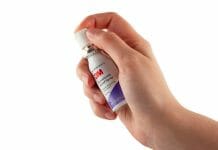 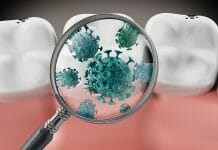 A Peek into the Link between the Oral Cavity and other...