NOTE: This story and associated photos are all used with express, written permission from the patient.

Who among us has had a patient that taking radiographs is a freakish nightmare!? Is it a gag reflex? Ropey, copious saliva? Fear of radiation? Or, the dreaded tori that leave no room for the sensor, let alone the tongue and food!? Recently, I had a patient scheduled for his hygiene treatment which included radiographs. We updated his health history and then prepared to take radiographs. Placing the sensor was a logistical nightmare, as the patient presented with mandibular tori, the size of which, I had never encountered before. The bitewings were virtually impossible to comfortably position and basically only showed the crowns of the mandibular teeth.

When questioning the patient, Matt, about his life experience with eating, speaking, and home care, it was clear his tori were taking over his mouth. The multilobed tori were so large they were able to trap food underneath and in the very slight passage between them. The tongue space was nonexistent, and his tongue at rest remained above the bony outgrowth putting pressure on the anterior teeth. Matt reported his speaking was not overly affected, he was able to eat, but he was aware, the tori was growing.

It was recommended Matt should consider scheduling a consult with an oral surgeon to discuss excision of the tori to allow for full function of his mouth and tongue. The pros and cons were addressed, and Matt revealed a family history of mandibular tori, with his father having had the removal surgery, and his brother having tori that continue to grow.

Matt graciously offered to share his story. Here it is, in his own words:

“Tori… I don’t remember them being a problem, just something that was always there. I don’t even recall when they started becoming noticeable. It was in my 40’s, during my visits to the dentist, that made me realize these are getting to be an issue. The visits which included X-rays were a contortionist act; trying to fit the bitewings in odd positions and “holding” the sensor while the X-rays were taken. A little uncomfortable at times, but doable.

Within the last year or two, I began noticing, during normal eating, random squirts of saliva ejecting from my mouth. Odd. I also began to notice that in daily conversations, sometimes my tongue would just be in the wrong place, affecting the pronunciation of words. I had to wonder, was the tori affecting me now?

My father had tori on his lower jaw and had them removed. My youngest brother, eight years younger than me, is starting to get food stuck under his tongue and is going to have his lower tori removed soon. My son, 17 years old, is starting to grow the bony wedges out as well. I guess this runs in our family.

When my dentist recommended I see an oral surgeon, I didn’t think this would be easy. I ran a lot of “what-if” scenarios in my head. I hadn’t had any type of surgery done to my body in a very long time, so this was not something I was taking lightly. After a visit with the surgeon, he assured me the tools used now are a lot better than the tools from decades ago. Easier to shave the bone, faster healing, etc. Okay, I was in.

I was given an I.V. for the 1.5-hour procedure on a Thursday. Before I knew it, I was coming out of the anesthesia, and they were helping me up. My mouth was packed with gauze. I wasn’t feeling much pain at the time. I wanted to see how bad it looked. I envisioned stitches all over with a lot of swelling. When I looked in the mirror, I was surprised to see those “things” gone. It’s hard to remember what they looked like now. There was swelling under my tongue which I hoped would go down. It wasn’t a pretty site, but it was over.

Recovery, the day of surgery, was taking the normal meds recommended for infection and some pain meds as well. I only took the pain meds to reduce the swelling from what the surgeon told me to do over the next week. I didn’t want to take them if I could tolerate it. I was eating soft food the first day without issue. As the anesthesia was working its way out of my system, the soreness from the procedure was starting to take its place. I knew I had something done in my mouth.

I was back to work on Monday, and the swelling was going down. I would go back to the surgeon after a week for follow up to see how things were progressing. Daily brushing was a slow process with an extra fine toothbrush. The bristles on the healing wound sent zingers through my nerves. Taking it slow was the best course of action. The only thing I did notice during the first week of healing was there were two spots, one on each side by my back molars, that seemed like flat pieces of bone that were not covered by skin. I found this odd. One even had a bone spur that protruded out and was causing an irritation under my tongue. When I went in to see the surgeon after a week, he used a grinding tool to get rid of it quickly. No numbing solution needed. It felt so much better after that. Everything was healing well.

During late in the first week, the dissolvable stitches started coming out. My tongue kept playing with them and eventually they became a nuisance. Most worked their way out naturally, one I had to help because it was so close and I had to have it out. The bony flat pieces by my back molars were still there. At about two or three weeks, my tongue played with the spots so much that they seemed to be “moving.” What I found was that these were just a flake of bone that maybe was caught when the skin was pulled over the removal site. Both worked their way out and healed fine. After about three weeks, I went in for my final checkup and didn’t have to return. Everything was good.

Today everything has healed. I don’t really notice the space left unless I really think about it. Brushing seems easier with my lower jaw and flossing is a lot easier because I can get my fingers in the middle of my lower jaw now. If anyone is having doubts about the procedure, I would recommend having it done if it is causing you issues, especially when eating. I’d do it again if they ever grow back. But like my surgeon said, “Probably not in this lifetime.”

Matt presents back in my chair 12 weeks post-operatively pleased to have completed the surgery and healing phase. The area looks beautiful and the space created is glorious! No radiographs were needed today, but I could easily have placed two digital sensors side by side! Home care is now easier as the toothbrush fits easily on the lingual. Matt’s brother will be scheduling his own tori removal, and hopefully, his son will not need intervention.

As dental professionals, we need to be cognizant of our patient’s anatomy before placing the X-ray sensor, and whenever necessary, alert the patient to the potential for successful surgical intervention. Let’s explore all ways we can enhance our patients’ lives. For Matt, this one was an epic win! 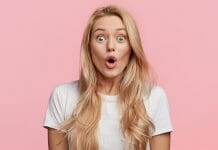 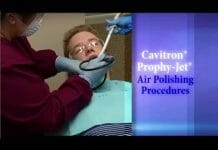 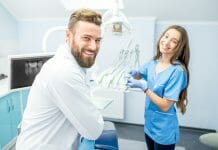 Why the Dentist-Hygienist Partnership is Critical to Oral Health and Office... 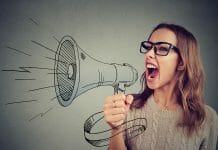