Our office has three hygienists; myself, who has been a hygienist for 35 years, my coworker “Lorna” who has been a hygienist 45 years, and our newest addition “Lucy” who graduated almost three years ago. Lucy gets done with ALL of her patients in 40 minutes. Lorna and I stay on time, but we usually aren’t as fast. The problem is Lorna and I are noticing Lucy is leaving subgingival calculus behind often. Also, Lucy never seems concerned about dull instruments and doesn’t even care about using any Graceys or files. She’s been told at the other office she works at, which she doesn’t like and is leaving for our office, that she goes too fast and is leaving calculus behind.

Yesterday I went over the hour appointment time cleaning up a patient she had six months ago. Because of this, I made up my mind something needs to change, especially after talking to Lorna. But just what to do, I’m not sure about. I don’t necessarily want to tell our doctor; I’d actually like to help her. Maybe check her patients with her, but this probably wouldn’t work since I would have patients too. Further, checking her work would probably be demeaning to her.

I can’t tell if she just can’t feel the calculus, if she’s too worried about getting behind, if she doesn’t care, or is just too timid to get in there and scale. Pretty soon I’m going to go from full-time to part-time, and I thought maybe I could come in on my off day and guide her. I would do this, but that isn’t how I wanted to spend my days off. Also if I did this, the doctor would wonder what’s going on. I need advice!

First, I want to applaud you for wanting to help this hygienist improve and not just demean and bully her. This shows great character on your part!

When it comes to conflict or issues between co-workers, I’m all for addressing the issue directly with the co-worker. However, it becomes tough when the issue is work quality because, as a fellow hygienist, you aren’t her boss. This can make the discussion tricky. The fact that she’s leaving another office, partially due to the constructive criticism they gave her, makes it seem like she’s probably not the best with constructive criticism. This alone, makes me wonder if the discussion on work quality would be best coming from the doctor/boss as to not cause a stressed relationship between you two. However, this is a double-edged sword because if the doctor mentions, “The other two hygienists are finding residual calculus,” it can lead to a stressed relationship between you, the other seasoned hygienist, and her. Also, you need to be very certain the calculus you are finding on patients she has treated isn’t actually a homecare issue on the patients’ part.

I’m really torn on whether you should mention directly to her that you are finding residual calculus. I’m leaning toward both you and the other seasoned hygienist having a chat with the doctor about your concerns regarding this. I know you don’t want to bring it up with the doctor, but the doctor is her boss. If the doctor feels it’s appropriate for you to approach her, offering your help, then there’s your answer. Again, it falls back to the point about not accepting constructive criticism well and if she leaves your office because of you approaching her, and the doctor wasn’t aware of the issue in the first place, this falls on your shoulders, and you’ll have to answer for it.

Overall, keep coming from a positive place of wanting to truly help this hygienist. As long as you don’t demean, embarrass, or bully her because she needs to improve, she should be receptive to your honest willingness to help.

SEE ALSO: Ask Kara RDH: Other Hygienist Criticizing My Work to Patients and in the Chart Notes

DON’T MISS: Ask Kara RDH: How Often Should I Sharpen My Instruments? 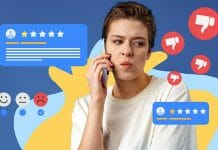 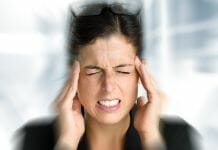 Reducing Tooth Sensitivity and Bacteria with CHX-containing Varnish, Cervitec Plus

Finding Acceptance In and Out of the Dental Operatory 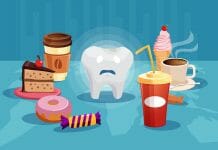 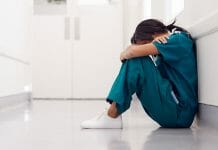