People who have no meaningful interaction and connection with those around them are at more significant risks of developing physical, mental, and emotional issues than their more outgoing counterparts. A recent study shows a connection between social isolation among older adults and losing teeth.

According to a study done by scientific researchers at NYU Rory Meyers College of Nursing on older Chinese adults, there is a solid connection between social isolation and losing teeth. The findings remained constant irrespective of other dental care controlling factors such as smoking and drinking, dental and oral hygiene, and other dental health issues.

“Older adults who were socially isolated had, on average, 2.1 fewer natural teeth and 1.4 times the rate of losing their teeth than those with stronger social ties,” said Xiang Qi, a Ph.D. student at NYU Meyers, and the study’s first author.

For this study, the researchers used the Chinese Longitudinal Healthy Longevity Survey to analyze data from 4,268 adults aged 65 and up. The results were attained after seven years of study (2011-2018) and according to the findings, more than a quarter (27.5%) of the study participants were socially isolated, and 26.5% reported feeling lonely.

The researchers explain that this association between tooth loss and social isolation among older adults results from being less active and less engaged. Social isolation and loneliness prevent older adults from engaging in wellness activities such as healthy routines or physical exercises, leading to poor general health, including oral hygiene.

Consequently, there is a great need to develop policies and effective interventions to lessen social isolation and its consequences, including oral health.

According to WHO, “A wide variety of face-to-face or digital interventions have been developed to reduce social isolation and loneliness among older people. These include social skills training, community and support groups, befriending, and cognitive behavioral therapy. Creating more age-friendly communities, by improving access to transportation, information and communication technologies and the built environment, can also help reduce social isolation and loneliness.”

Additionally, set programs should encourage intergenerational support between the young and the older generation within various families to improve and build an older adult’s peer groups and social connections. This intervention will lead to better connectedness and more health-promoting activities and, as a result, improved oral health. 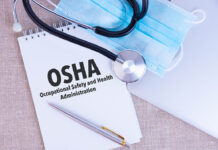 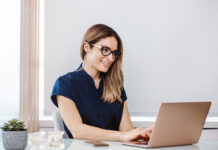