Every so often, a patient will admit to rinsing regularly with undiluted 3% hydrogen peroxide. If you’re anything like me, your mind immediately envisions a thick, black, carpet-like tongue coating in the near future. Thankfully, peroxides have been used safely in dentistry since first introduced in 1913 as a treatment for “pyorrhea.”4 When used in a controlled manner, peroxides have several oral health uses and benefits.

By far, the most popular use of peroxides in dentistry is for teeth whitening. As a weak acid with strong oxidizing properties, hydrogen peroxide oxidizes pigments on teeth to change their color. Oxidizing removes electrons that hold atoms together forcing stain molecules to come apart.6

Whitening may be attained by rinsing with hydrogen peroxide. One study showed that using a mouthwash with a 1.5%-2% concentration of H2O2 for 12-weeks resulted in a similar level of whitening as compared to 2 weeks of a 10% carbamide peroxide gel.5

Gingival irritation and/or increased temporary dentinal sensitivity are the most reported adverse effects after using whitening products.4 Custom-fitted trays that do not fit well may cause post-treatment discomfort from gingival erythema or mucosal sloughing.10 Power or in-office bleaching must always be monitored closely by a dental professional.

If hydrogen peroxide can enter the pulp from restoration leakage, exposed dentin, or enamel fractures, it may cause inflammation of the pulp or loss of tooth vitality when combined with light/heat in as little as four 30-minute sessions with 33% H2O2.4,10

There are two types of mouthwash, according to the American Dental Association − cosmetic and therapeutic. Cosmetic rinses temporarily control bad breath but do not have chemical or biological applications. Therapeutic rinses contain active ingredients like cetylpyridium chloride, essential oils, fluoride, or peroxide. These active ingredients help to control or reduce gingivitis, plaque, halitosis, and tooth decay.5

Please note that adverse reactions such as chemical burns to the oral mucosa have occurred with rinsing for more than two minutes with 3% hydrogen peroxide, and improper use of H2O2 with a concentration >3% can cause epithelial necrosis.9

The FDA has approved the use of hydrogen peroxide as a temporary oral debriding agent. Hydrogen peroxide can break through the slime barrier that protects biofilm and destroys bacterial cell walls. It releases oxygen and creates an environment unfit for anaerobic bacteria to survive.4,8

In a study using 1.5% hydrogen peroxide mouthwash, orthodontic patients in the mouthwash group showed significantly fewer sites of plaque and gingivitis than the placebo group with a lack of any adverse soft tissue effects.10

In another study of special-care needs patients, carbamide peroxide 10% gel was used in a custom-fitted tray worn nightly. Due to the ability of CH6N2O3 to increase salivary and plaque pH and reduce the presence of damaging oral bacteria, this application of carbamide peroxide gel was found to be a highly effective treatment in cases of compromised oral health. This includes those with special-care needs, elderly patients, those undergoing cancer treatment, and those with severe xerostomia.3

Hydrogen peroxide can affect both gram-positive and gram-negative bacteria by damaging cells and delaying cell division but is only helpful in the treatment of periodontal disease with mechanical access to subgingival pockets.4 In a study of 45 patients with mild-moderate chronic periodontal disease, one group rinsed with 0.2% chlorhexidine acetate (CHG) twice a day for 10 days, and a second used 1.5% H2O2 twice a day for 10 days. The CHG ultimately proved better at reducing gingival index, pocket depths, and clinical attachment loss.7

Black hairy tongue (BHT) comes to mind for any dental hygienist when a patient mentions regular oral use of hydrogen peroxide. It is a benign medical condition characterized by elongated filiform lingual papillae with a carpet-like appearance that present on the dorsal surface of the tongue. Despite the name, it can appear black, brown, yellow, green, blue, or colorless.

Regular undiluted rinsing with hydrogen peroxide or overuse of mouthwashes containing sodium perborate, sodium peroxide, or hydrogen peroxide is directly associated with the development of BHT. Conversely, it may be used to treat the condition when diluted with water or baking soda.

Also, gentle debridement with a soft toothbrush or tongue scraper is recommended to promote the desquamation of the hyperkeratotic papillae to promote healing. The most important factor is discontinuing the offending agent which may also include factors like smoking, excessive black tea or coffee, medications, and poor oral hygiene.2

High concentrations of hydrogen peroxide at 30% with prolonged use have been shown to reduce microhardness of enamel and dentin by reducing the ratio of calcium and phosphorus leading to demineralization.10 Enamel etching that allows opportunistic microflora into enamel can occur at 30 hours of use with high-level peroxide and softened enamel can result from 12 hours use of 10% carbamide gel.4 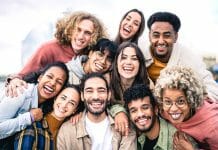 Cultural Competency: A Dental Hygiene Chair that Welcomes All 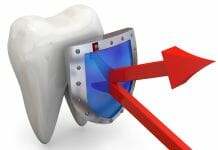 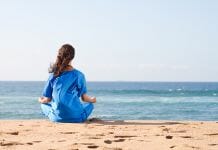 How to Extend Your Hygiene Career with a Few Simple Steps 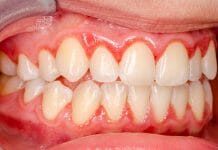