A Closer Look at Pancreatic Cancer

Patients with pancreatic cancer may experience a wide range of symptoms as it spreads throughout their body. The Pancreatic Cancer Action states people with the disease may experience some of the following symptoms: extreme weight loss, jaundice, depression, diabetes, indigestion, loss of appetite, abdominal pain, back pain, nausea, and vomiting. About 1 in 63 men are at risk of being diagnosed with pancreatic cancer. Meanwhile, women have a lifetime risk of about 1 in 65.

Previous Studies Based on the Link Between Periodontitis and Pancreatic Cancer

The Finnish and Swedish scientists decided to utilize several previous studies to serve as a basis for their research. One of the studies was published in the International Journal of Cancer with almost 70,000 Finnish people that spanned a ten year period. The older study focused on the link between periodontitis and the mortality rate of pancreatic cancer. They also used previous research which examined how enzymes can weaken the immune system and activate certain cancer cells to invade healthy tissue in the body.

The British Journal of Cancer Study

The team of researchers wanted to investigate how bacteria related to periodontitis can eventually contribute to patients developing different types of cancer. They also wanted to research the link between oral disease and cancer mortality on a larger scale.

The scientists looked at the original cohort study of Finnish adults after the 10‐year follow‐up. They took into account the patient’s sex, age, oral health, diabetes and other contributing factors when analyzing the study’s data. A total of 797 people died from cancer after the decade-long period. The scientists discovered patients with periodontitis had an increased risk of developing pancreatic cancer (RR 1.69, 95% CI 1.04–2.76) and dying from the disease. The results demonstrated periodontitis can influence the process of carcinogenesis on a molecular level due to Treponema denticola, a common bacteria associated with periodontitis, and the enzyme Td-CTLP proteinase. The researchers believe the results showed that periodontitis could help spread oral bacteria to other parts of the patient’s body due to its viral attributes.

The data gathered from this study demonstrates how dental hygienists must remain vigilant when educating patients on home care and oral health. Thanks to studies like this, patients can also understand how good oral health can play an important part in cancer prevention. Professor Sorsa believes prevention and early diagnosis of periodontitis are very important because it can help patients from developing pancreatic cancer and other types of illnesses. Researchers at the Karolinska Institute and the University of Helsinki plan to continue researching the link between oral bacteria and cancer. 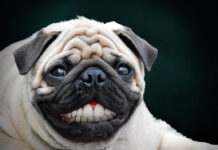 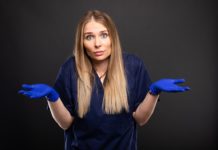 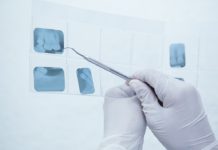 True Confession of a Less Than Ideal Bitewing 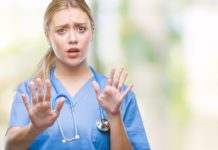 Negativity in Dental Hygiene: Halt Fears and Focus on the Positive