A recent study published by the British Dental Journal points to the deleterious effects that eating and drinking habits may cause in relation to tooth erosion. Lead researcher, Dr. Saoirse O’Toole (from the Department of Tissue Engineering and Biophotonics at the King’s College London Dental Institute), and her team worked to determine which foods and drinks proved to be most devastating in causing dental erosion.

The Power of Sweetness

It should come as no surprise that foods and drinks high in acidic content tend to be the biggest culprits in causing tooth erosion. Many acidic foods and drinks are also sweetly flavored, which leads to higher consumption among individuals with a preference for sweetness.

In their quest to identify which foods and beverages were more likely to cause tooth erosion, everyone expected those items considered to be highly acidic to make the top of the list. But what remained puzzling was the fact that not all individuals were affected equally when consuming foods and drinks with the same high acidic content.

One puzzle that the researchers hoped to solve was why some people tended to suffer more from tooth erosion than others when all of the group consumed sweet drinks and foods equally. The fact that some people were more greatly impacted by the consumption of sodas and fruit juices had to be caused by something more than just the acid content.

The What, When, and How of Drinking and Eating

It turns out that it is not just what you are eating and drinking, but when and how you consume your meals and snacks that can impact tooth erosion.

The team then examined another study which monitored the dietary habits of 600 participants who had similar dietary intakes. Half of the participants experienced noticeable dental erosion, while the other half exhibited normal wear and tear of their teeth.

This study focused on the timing, frequency, and duration of food and beverage intake over an extended period of time. The results of this analysis showed that those individuals who consumed foods and drinks higher in acidic content between meals showed an increased tendency in tooth erosion.

In addition to snacking between meals, how a person consumed those snacks and drinks also affected the end result of dental erosion. In essence, people who tend to sip, swill, or savor their sweet drinks and foods are exposing themselves to higher incidents of tooth erosion.

With a little reflection, it is easy to see how allowing acidic foods and drinks to linger in the mouth can create an ideal bacterial environment for demineralization and erosion to take hold.

Further analysis pointed out that consuming the same sweetened foods and drinks during a meal causes significantly less damage. One of the reasons behind this difference is that we tend to swallow the liquids in our mouth faster when we are eating food. Also, as food is chewed and broken down, it serves as a scrubbing mechanism to loosen and remove acids from tooth enamel.

While the idea of savoring the flavor of a drink by allowing it to remain in the mouth longer than usual may sound appealing, the image of creating a fertile bacterial foundation designed to destroy tooth enamel is horrifying.

What You Can Do

There is no need for drastic changes in your eating and drinking habits. Modest modifications can make a world of difference in reducing tooth erosion.

For instance, if you love to have a soda or fruit juice between meals, include a glass of water. Once you have finished your sweet drink, wash away the sweet residue of that drink with a gulp of fresh water.

Of course, reducing the amount of foods high in acidic content and brushing after meals and snacks (waiting 20-30 minutes after consumption) are both highly recommended habits to form.

Most importantly, always be aware of what you eat or drink, when you do it, and how you consume it. 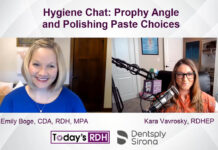 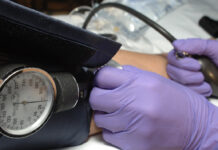 The Importance of Experiencing a Dental Hygiene School Appointment 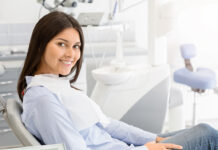