Fluoride is commonly found in nature, like in rocks, as well as in fluoridated water, dietary supplements, mouthwash, and toothpaste. It desirably protects against tooth decay, but too much exposure during childhood may lead to a condition called dental fluorosis. In milder cases, it causes light white lines or spots on the teeth, but it may lead to physical damage in more severe cases.

There is limited evidence of how dental fluorosis changes after tooth eruption. In a recent study, “Clinical Changes in the Severity of Dental Fluorosis: A Longitudinal Evaluation,” researchers looked at children with a high incidence of fluorosed teeth in El Cedro, Colombia.

What is Dental Fluorosis?

Teeth are susceptible to dental fluorosis during the early stages of enamel formation before tooth eruption. During this stage, too much fluoride ingestion causes hypomineralization of the enamel. In very mild cases, faint white lines and spots cover the teeth, but they are usually so light that only a dental professional may notice them. However, due to the porous nature of the resulting enamel, staining and weakening may occur over time, leading to tooth damage in more severe cases.

Since children have poor control over their swallowing reflex, the CDC recommends that parents and guardians of children under two consult with their dental professional before using fluoride products, and children between 2 and 6 use only a pea-sized amount of fluoride toothpaste. Children should also be monitored while brushing their teeth and encouraged to spit the toothpaste or mouthwash out afterward.

Dental fluorosis can be diagnosed during a visual examination and recorded with a grading system like the Deans Index, Developmental Defects of Enamel (DDE) Index, or the Thylstrup and Fejerskov (TF) Index. Teeth whitening helps in minor cases, but patients may elect for enamel microabrasion, composite fillings, veneers, or crowns for moderate to severe cases.

Researchers looked at the rural community of El Cedro in northern Colombia, which has limited healthcare access and uses fluoridated cooking salt as part of a public health initiative. This study evaluated the permanent teeth of children between ages 8 to 12, observing changes in dental fluorosis three years apart, taking into account age, sex, the severity of dental fluorosis, and the type of tooth.

The study began with 187 children, but in the end, it utilized data from 92 children since some were unable to participate in both exams. Also, this study excluded data from two participants that received orthodontic treatment.

During the first visit, the participants received a prophylaxis. After scaling and drying the teeth, examiners evaluated each tooth with the TF Index, which grades dental fluorosis on a scale between 0 to 9. Three years later, the participants underwent the same procedure with the same examiners.

Researchers looked at changes in the TF index scores three years apart. Data were managed and analyzed with Stata 16 statistical software. A total of 1,663 teeth were analyzed, and 1,117 (67.1%) had a TF Index score of 1 or higher. When comparing the fluorosed teeth, results showed that 46.3% of them remained the same, 29.6% had reduced scores, and 24.1% had increased scores. Regarding tooth type, there was an increase in TF Index scores for canines, premolars, and second molars compared to the maxillary incisors.

Lowered TF Index scores may result from daily wear like chewing, exposing healthier enamel underneath. Individual cases vary, and the same participant may experience a spectrum of changes; teeth may increase, decrease, and remain stable, all within the same mouth.

Males showed a higher increase than females, but this finding was not statistically significant. Also, this study did not find links between age and higher dental fluorosis scores, but there was a greater increase between ages 10 and 11 and a declining tendency at age 12.

This study was unique since it focused on a specific community in El Cedro, Colombia. For one, it was able to control treatments like teeth whitening, which none of the children received, unlike similar studies that were unable to control for outside treatments. This study utilized the TF Index, allowing for more precise data when compared to similar studies that used differing grading systems. However, since this study used a small sample size of 92 participants, with that comes limitations. Further studies may better our understanding of dental fluorosis and how it changes over time.

When examining patients afflicted with dental fluorosis, keeping a record provides valuable insight since knowing when and where it increases, decreases, or remains the same is helpful. Guiding your patients along the way may reduce their need for future treatments. 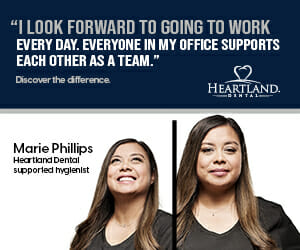 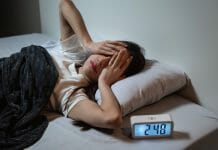 Awakening Too Early? The Solution May ‘Bee’ a Sweet Treat Away 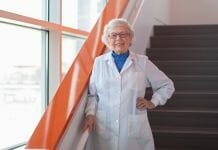 Dr. Esther Wilkins and a Century of Change 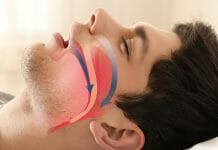 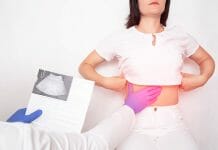