The economic troubles during the Great Recession of 2007-2009 have had a statistical impact on both dentistry and orthodontics in several different ways. The Effect of the Great Recession on the Demand for General Oral Health Care and Orthodontic Care, an article researched and written by Albert H. Guay, DMD, and Andrew Blatz, MS., is a study of how professional oral health practices suffered during such a negative economic time. They hope to educate the dental community about what to expect during another economic downturn so that our community of professionals can prepare ourselves and educate our patients on their options while emphasizing better self-care at home.

The Problem with Money

The state of the economy has a great deal of influence over whether our patients can afford to come in. This study breaks down figures from 2003 to 2015 for their information. The dates were chosen specifically to study before, during, and after-effects of the recession and because every number and statistic for each of those years has been accounted for.

Guay and Blatz isolated the economic downturn’s effects from other motivating factors, as in long-term and usual factors where statistics remained the same, such as in insurance and Medicaid rates. There was a steady decline in ordinary general practitioner (GP) dental visits during the years of the actual recession, 2007-2009. Fewer people could afford to leave work and school to go to the dentist as the downturn increased in severity.

The decline of GP visits wasn’t as sharp a drop like that for orthodontics, but orthodontic treatment can cost much more and is more of an elective option. Insurance plays a role in these numbers, as many orthodontic procedures may not be covered. But, while the percentage of people seeking specialized care has recovered, the percentage of GP visits has not. Orthodontic treatments by specialists and general hygiene practices should go hand in hand. Specifically, during the recession and all the following years, routine preventive care and warning pains are often set aside for something the patient decides is a more important use of their time and money.

Before 2002, there were more patients than dentists. The production of dentists increased to meet this demand, leading to a constant and equal supply until 2012, when the product began losing demand due to the crisis. The decrease in business caused a decrease in a dentists’ pay, thus negatively effecting hygienists’ pay. Patients put off essential restorative and hygiene procedures because they couldn’t afford the news of a cavity or cracked tooth. Fear and apprehension also kept patients away.

We all know, as dental professionals, that even the most thorough brushers and consistent interdental cleaners need their teeth examed every six months or so, as oral health can affect the health of your mind and body. When someone puts off essential self-care, problems can arise later that could have easily been prevented with much less time and money. A cracked tooth can be fixed before a pulsating infection or decay could be remineralized if caught early enough. This hints that hygienists and dentists could see a slight increase in more serious dental problems in their patients’ futures.

The amount of the population that went to the dentist for routine visits were the same in 2003 and 2015, but the population of the country increased by over 25 million. That is a significant amount of people who don’t go to the dentist either enough or at all. The study leaves us with several questions, but the most important one is about how we can monitor our economic system and apply the information to the business and our patients. Practice observing your patients for any signs of future problems and address them before they get out of hand. Your jobs and your patients’ lives and pocketbooks will all be better off that way. 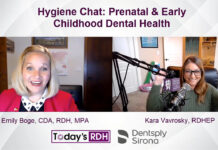 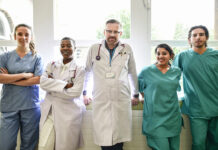 Collaboration with Other Health Care Specialties? Dental Hygienists Can Blaze the... 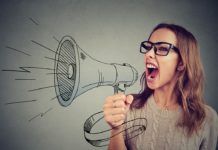 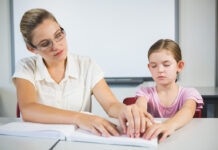