Home Dental Hygiene What is CRISPR and How Could it Change Dentistry?
Facebook
Twitter
Linkedin
Email
Print

I’m sure we can all agree that the 21st century has already yielded extraordinary technological advances. What if I told you that there is something on the horizon that may prove to be the most transformative so far? It could potentially change our lives and society more than even the smartphone. It’s called CRISPR, and, as members of the medical community, we need to take notice.

What is CRISPR? How Does it Work?

CRISPR is an acronym that stands for Clustered Regularly Interspaced Short Palindromic Repeats. The name is a mouthful, but what it comes down to is a programmable protein that can edit, eliminate, and turn on/off genes. That’s right, scientists have developed technology that allows them to manipulate the genetic code, and that includes human DNA.1 This development has so many potential uses, as well as misuses, that it seems we could be standing on the brink of a new age of modern medicine.

It works by utilizing proteins called Cas proteins, which are usually used by bacteria to destroy viral DNA and to seek out DNA in other scenarios. In other words, the Cas proteins act as a DNA locator system that can be programmed by scientists to find whatever bit of DNA they decide to send it to. Once there, the Cas proteins can be enabled with the ability to cut out a particular gene, turn off or on a gene, or replace a gene with something totally different.1

It’s important to understand that this technology is still in its infancy, and debates are raging in the scientific community regarding how and even if CRISPR should be used at all. While it may sound miraculous to be able to manipulate the human genetic code, it is something that could have unknown and unintended consequences for generations to come. The ethical dilemmas that this technology presents are mind-blowing, to say the least.

Even so, scientists all over the world are inching forward in their development and research of this groundbreaking technology. It is highly likely that the medical community is going to be greatly impacted by CRISPR in a profound way, and that will likely include the dental field.

What is CRISPR’s Potential in Medicine?

The possibilities are astounding in CRISPR’s potential to cure and possibly eliminate hereditary diseases.6 In a recent episode of the television show “60 Minutes,” Feng Zhang, a leading CRISPR researcher and professor at MIT, was interviewed. Zhang outlined what he believes are some of the over 6,000 diseases that CRISPR has the potential to treat or cure, including hemophilia, ALS, cystic fibrosis, and Huntington’s, just to name a few.

He went on to explain that even though CRISPR has the potential to change the world as we know it, it must be approached cautiously.2

In addition to the hereditary diseases that CRISPR could treat by rewriting genetic code, several other diseases may not be entirely genetic but could still benefit from CRISPR technology. One of these diseases is cancer.

Cancer is a complex disease with multiple contributing factors and types. Doctors and scientists think that there is potential to treat many forms of cancer through innovative approaches using CRISPR. In fact, in April 2019, doctors began the first clinical trials within the United States to use CRISPR for the treatment of cancer on patients at the University of Pennsylvania.3

As dental professionals, you may be interested to know that CRISPR technology has several potential uses in the dental field, all of which could stand to permanently change dentistry as we know it. The practical application of those uses in the clinical setting may be a long time coming. The controversial nature of CRISPR paired with the fact that it is a brand-new technology, with its potential just beginning to be explored, means that it could take decades to develop and implement CRISPR treatments in the dental field.

However, early signs point to the possibility of treatments for some of the most debilitating dental diseases being made possible due to this technology. Below are some of the possible uses for CRISPR in dentistry that have been identified so far:

Possible new treatment for oral cancer − As mentioned before, researchers at the University of Pennsylvania have begun clinical trials for cancer treatment using CRISPR technology.3 The type of cancer they are attempting to treat is not oral cancer. But the strategy they are using could potentially be used to treat various types of cancer, including oral cancer. The University of Pennsylvania scientists are attempting to alter patients’ cells to make them better at fighting cancer.3

Another study being conducted by researchers in China is specifically targeting oral cancer. Scientists there are attempting to isolate and turn off the genes that lead to some types of oral cancer by using CRISPR.4 As dental hygienists, I think we can agree that oral cancer is one of the most devastating diseases that our patients can face, and the prospect of such innovative new treatments is exciting.

Inhibition of plaque formation − Most clinical dental uses for CRISPR are still in the somewhat distant future due to the ethical dilemmas and time investments involved with human trials. However, some early studies are being performed already on the bacteria that make up the human oral microbiome. These studies could potentially change dentistry as we know it.

As we know well, bacteria in the oral cavity create a biofilm by utilizing saccharides to form an extracellular matrix in which the bacterial colonies live and multiply in. Surprisingly, a study has already been done in which researchers have used CRISPR technology to change the functioning of S. Mutans in a way that disrupts their production of this matrix and essentially inhibits biofilm formation.5

You read that correctly; scientists are trying to create a treatment that could prevent plaque formation in human mouths. These advancements would be truly transformative to the dental profession. It is important to note that, while there are exciting prospects, these studies are in the very preliminary stages, and so much more research would need to be done to bring technology like this to fruition. But the possibility exists now.

If researchers are successful in creating a CRISPR treatment that prevents biofilm formation, the resulting drop in dental caries and periodontal disease development would be unprecedented.

While the possibilities surrounding CRISPRs medical benefits are seemingly endless, it is not without fault. What this technology boils down to is the rewriting of human (not to mention plant/animal) DNA. The decision to change genetic code is not something that can or should be rushed into without careful consideration and oversight.

In addition to the dangers CRISPR could inadvertently present, there is the possibility of misuse in other ways. Many people are concerned that gene modification technology could one day be applied to embryos for the creation of “designer babies,” with parents choosing their children’s traits as they see fit.

This may seem like some kind of science-fiction scenario, but it is actually a realistic possibility depending on how everyone decides to proceed with this powerful new technology.

As of right now, CRISPR’s full potential remains to be seen. Most of what we know about it is speculative. Nevertheless, this fascinating technology might just change the world, and we should all be keeping an eye on its progress. 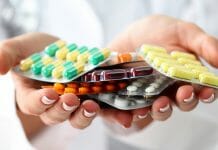 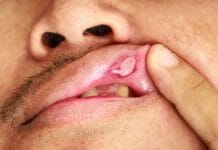 Behcet’s Disease: What Dental Hygienists Should Know & Look For 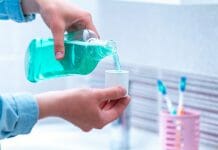 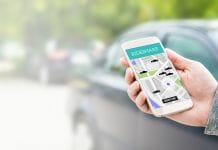 Dental Patient Transportation Issues? There’s an App for That!