Researchers at the West Virginia University in Morgantown, West Virginia have recently discovered a gender disparity among young dental patients. According to their research, female children were more likely to have at least one tooth missing than their male peers. The study was recently published in the April 2019 edition of the Journal of Dental Hygiene under the title, “Hypodontia, Oligodontia and Anodontia in West Virginia Appalachia.”

A Closer Look at Hypodontia, Oligodontia, and Anodontia

Dental professionals may begin to notice these types of disorders early on with the help of an oral exam and radiographs. A quick panoramic radiograph can reveal alveolar bone hypotrophy, delayed teeth eruptions, and other signs that the patient may have hypodontia, oligodontia, or anodontia. Although it may be difficult for patients to manage at first, experienced dentists and hygienists can make it easier for them to manage their oral health with the proper treatment.

The Common Causes of Hypodontia, Oligodontia, and Anodontia

There are many genetic and environmental factors that can lead to hypodontia, oligodontia, and anodontia. For example, common environmental factors include radiation therapy, severe bacterial infections, and toxic chemicals. Pregnant women who are exposed to thalidomide may also increase their chances of delivering a child that may experience hypodontia. Some patients have a genetic defect that prevents them from developing all of their permanent teeth.

About the West Virginia University Study

The researcher’s study, “Hypodontia, Oligodontia and Anodontia in West Virginia Appalachia,” was conducted at the School of Dentistry at West Virginia University. The researchers include R. Constance Wiener, MA, DMD, Ph.D., an associate professor in the Department of Dental Practice and Rural Health at the university and Christopher Waters, MS, Research Labs Director for the School of Dentistry’s Department of Dental Research.

Weiner and Waters wanted to find out why children in the Appalachian Mountains were more likely to have missing permanent teeth when compared to children in other American cities. By the end of the study, they wanted to understand further why it was so prevalent and compare data between the two genders.

Based on these findings, it is important that dental hygienists and other dental professionals recognize and treat patients who are displaying signs of hypodontia, oligodontia, and anodontia as soon as possible. Children and other patients can manage their dental disorders with the right dental care and possible dental implants, orthodontics, and prosthetics. They should also make it a point to visit their dentist to monitor their oral health regularly. 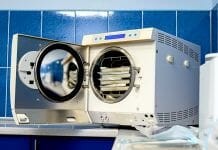 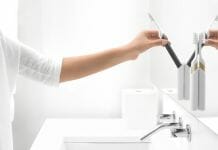 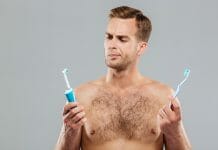 How to Ensure Patients Actually Use Recommended Oral Health Devices