What do you do if you have a patient that’s been coming to the same practice for 15 years as is treated by the same hygienist, but I am now seeing them due to a scheduling conflict, and the patient presents with moderate subgingival calculus and slight bone loss on X-rays?  Because of this, it is recommended to the patient she may need periodontal treatment in the future if this persists. The patient gets upset and asks, “Why hasn’t anyone else told me, has it changed since the last time?” What am I to say or do? The doctor tells me to be careful with what I say.

This is an awkward and tough situation to be in! I would explain to the patient that you are basing your treatment recommendations on what you see clinically today. I would also ask the patient about homecare: do they clean interdentally, how often do they brush, brushing technique, etc.? Also, inquire about any new medical diagnosis and new medications, as some conditions, diseases, and medications can have oral health consequences.

Before you think the other hygienist has been underdiagnosing, take a look at previous radiographs and read through the chart notes. Was bone loss apparent on previous radiographs? Do the chart notes state subgingival calculus present and to what degree? What were the previous probe depths? Any bleeding noted? Is there a hygiene diagnosis noted in the patient’s chart? Without knowing these things, it’s hard to say if the previous hygienist was underdiagnosing, or if it’s a homecare issue on the patient’s part.

It is possible that this patient may have had a lapse in their homecare or could have had a health change (diabetes diagnosis, new medications) leading to a change in oral health. When I mention lapse in home care, I don’t negatively mean that and am not suggesting the patient got lazy. I recall one patient of mine who had a death in the family and her periodontal health since the death was a 180° difference than it had been at her previous appointments. Not only because of her emotional sadness and stress, but because everything she had to take care of as executor of the estate, left any focus on herself and her health, left in the dust. The same thing can be said for a new parent. For instance, they are lucky even to have time for a shower, let alone to brush and clean interdentally properly and consistently. My point is, try to rule out anything on the patient’s behalf, whether it be health diagnosis, medications, life events, etc. that may have led to a decrease in home care and periodontal health before considering your co-worker is underdiagnosing. It’s also worth mentioning that patients don’t always remember what they have been told, however, if it’s not in the chart notes, legally speaking, it didn’t happen.

If there is evidence of previous bone loss and disease, and it’s not mentioned in the chart notes, I believe you did the right thing by going to your doctor and addressing your concerns. You can also ask the other hygienist directly about the history of the patient. However, that can become tricky depending on how you phrase your questions because you don’t want to come off as accusatory, just curious. It’s also a fine line because you aren’t the other hygienist’s boss, but a co-worker and colleague, and it could come off as over-stepping, depending on how the person takes it. Because you were faced with this situation, it might be a good reason to suggest to the doctor that a meeting about getting on the same page regarding periodontal diagnosis would highly benefit both patients and the practice. A meeting would also be a great opportunity to review what should be in chart notes.

The doctor may have told you to be careful with what you say because if the patient realizes, or even thinks, their treatment has been sub-par, the patient can take legal action for neglect. Not to go nuclear with bringing in the point of possible lawsuits, but we live in a litigious society and must cover our bases because of it. Again, this is where chart notes are your best friend; they are legal documents and need to be thorough. If neglect and underdiagnosing is the case, beyond the hygienist, this also falls on the doctor’s shoulders, as they have been doing exams and underdiagnosing too. This is all a big assumption here, and I’m not saying this is what’s actually happening, as it’s hard to tell without more info and seeing the patient, chart notes, and radiographs first hand. It might be a good idea to ask the doctor how they would like you to address situations like this, with specifics. Only saying, “Be careful what you say,” obviously isn’t much help, so getting clarification is probably a good idea.

Again, getting everyone in the office on the same page as far as treatment protocols and chart notes, in addition to keeping the dentist in the loop as to what your concerns may be, can hopefully ward off this situation in the future.

SEE ALSO: How to Stay Positive with Patients and Co-workers 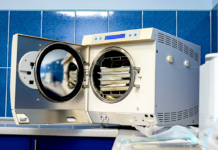 Ask Kara RDH: Do I really need to sterilize slow-speed handpieces after every patient? 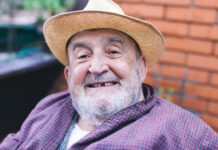 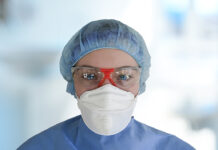 VIDEO: What Hygienists Need to Know About Aerosols 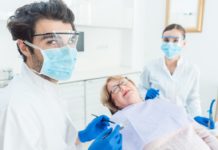