An exciting study from the Queen Mary University of London demonstrates the possibility to create a mineral substance that mimics tooth enamel. The study, which was published in the Nature Communications journal, could help push dental technology to a new height by replacing enamel in human teeth and help decrease dentinal hypersensitivity.

Tooth enamel is the hardest tissue in the human body, surpassing even bones. Unlike other tissues in the body, enamel cannot regenerate, which can lead to dentinal hypersensitivity and tooth loss

Researchers at the Queen Mary University of London recognized the wear and tear on tooth enamel presents issues for many people worldwide. Is there any way to mimic the natural biomineralization processes which form enamel in human beings? Is it possible to create a covering over dentin that performs the same function as lost enamel? That’s what this study set out to discover.

In the study, researchers looked at how specific proteins can help trigger the growth of the apatite crystals. Researchers found a process which guides mineralization with “remarkable control“—that can mimic the specific alignment of tooth enamel. According to the researchers, these materials show “high stiffness, hardness, and acid resistance,” similar to human enamel.

As part of the study, researchers fabricated membranes onto human dentinal tissue. After eight days of mineralization, the study showed the material “adhered and conformed” to the dentin, and integrated naturally into the tissue. Then, researchers did a series of acid attacks. They used regular human enamel as the control and tested the specialized, human-made mineralized substance comparatively. After 15 minutes, both regular enamel and the mineralized substance made by researchers showed comparable levels of acid resistance.

After seven days of exposure to these acid attacks, both the mineralized substance and regular tooth enamel showed a similar amount of erosion.

Researchers also looked into the effect of saliva on enamel and on the mineral substance. They found, though saliva can break down the low-density materials in the membrane, the nanocrystals remained after exposure. This means the substance can fight back against natural processes around them.

According to the study,

“…the simplicity and versatility of the mineralization platform opens up opportunities to tackle regenerative challenges of mineralized tissues.”

What this Means for the Future of Remineralization

The researchers said this mineralization process can possibly help fight against enamel loss by creating a synthetic version of this important tooth structure. Because it could possibly be used as a protective membrane which mimics enamel, it could also help prevent dentinal hypersensitivity by covering exposed dentin.

Although these studies are still in the early stages, researchers at the Queen Mary University of London are hopeful advances in synthetic mineralization materials can help solve some of the problems of human enamel loss. Further, their use could possibly extend beyond enamel, with these processes potentially being able to replace other tissues, like dentin and bone, in the future. 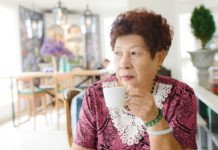 Understanding the Link between Oral Hygiene and Cognitive Function in Geriatric... 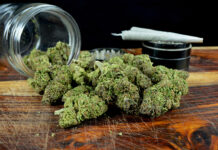