Researchers recently presented a poster titled, “Investigating the Enigmatic Link Between Periodontal Inflammation and Retinal Degeneration,” at the 47th Annual Meeting of the American Association for Dental Research. The results of the study revealed how chronic periodontitis could lead to macular degeneration or irreversible vision loss in elderly patients.

Macular degeneration is an incurable eye disease that affects more than 10 million Americans. The deterioration of the macula causes the disease. The macula is a section of the retina which is in charge of central vision. After the macula records visual images, it sends the images to the brain through the optic nerve. When the cells of the macula deteriorate, the brain can’t receive or interpret images correctly. Damage to the macula can affect someone’s ability to read, drive, see colors, and recognize faces.

Previous years of extensive research discovered a link between older patients with macular degeneration and periodontal disease. A team of researchers from the Dental College of Georgia at Augusta University decided to investigate this correlation further in their study. The researchers hoped their efforts would show the correlation between an oral pathobiont infection and macular degeneration pathogenesis by demonstrating how porphyromonas gingivalis can eventually spread from the oral cavity and invade epithelial cells in the retina. The team chose porphyromonas gingivalis due to strong evidence the gram-negative, anaerobic bacterium is key in the development of chronic periodontitis.

Pachiappan Arjunan PhD, the study’s principal investigator and assistant professor in the Periodontics Department at the Dental College of Georgia at Augusta University noted, “This is the first study to demonstrate the link between oral pathobiont infection and macular degeneration pathogenesis, and that porphyromonas gingivalis can invade human retinal-pigment epithelial cells and elevate macular degeneration-related genes which might be the target molecules for both diseases.”

Hyun Hong, another researcher who’s a predoctoral dental student in the Summer Research Program at the Dental College of Georgia, says their team will publish their findings in the near future. Dr. Arjunan plans to continue his work by studying the specific causal role porphyromonas gingivalis plays in macular degeneration pathogenesis.

SEE ALSO: Geographic Tongue: Is There a Systemic Link?

DON’T MISS: The Scientific Links Between Periodontitis and Maternity Outcomes 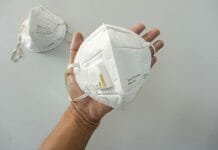 Mask Selection: What the Dental Professional Should Know Post-COVID-19 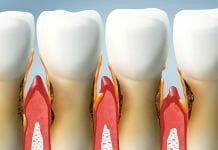 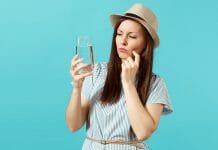 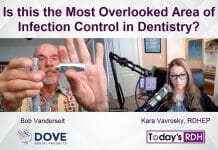 VIDEO: The Most Overlooked Area of Infection Control in Dentistry?