The Journal of Dental Hygiene recently published a study titled “Obstructive Sleep Apnea Knowledge: Attitudes and screening practices of Minnesota dental hygienists.” The article, which was published in the journal’s June edition, examined the current knowledge and attitudes among Minnesota dental hygienists on the subject of obstructive sleep apnea.

Obstructive sleep apnea is a medical term used to describe patients who have difficulty breathing while they are asleep. The serious disorder can cause the person’s throat to relax and eventually block their airway for an extended period of time. Patients may wake up gasping for breath up to 30 times per hour every night. As a result of the constant interruptions, people with obstructive sleep apnea may not feel well-rested the next day.

Below are several signs and symptoms that patients may experience if they are diagnosed with obstructive sleep apnea:

There are several risk factors that can cause someone to experience sleep apnea. Overweight people are at a higher risk of developing the disorder since the extra fat surrounding their airway can get in the way of their trachea. Other risk factors include patients with high blood pressure, nasal congestion, diabetes, and asthma. Men, smokers, and people who have other people in their family with sleep apnea are also more likely to get obstructive sleep apnea.

The research published in the Journal of Dental Hygiene was led by Yvette Reibel, MSDH. Reibel was the 2018 winner of the graduate ADHA/Sigma Phi Alpha Journalism award. The distinguished professional is also an assistant clinical professor in the Division of Dental Hygiene in the Department of Primary Dental Care at the University of Minnesota School of Dentistry. Reibel was assisted by Snigdha Pusalavidyasagar, who is an assistant professor of medicine, Division of Pulmonary, Critical Care, Allergy and Sleep Medicine at the University of Minnesota Medical School. Another researcher named Priscilla Flynn, an associate professor in the Division of Dental Hygiene at the same university also helped with the study.

The main purpose of the research was to determine the current knowledge and attitudes among dental hygienists in Minnesota concerning obstructive sleep apnea. Reibel also wanted to see if the dental professionals knew how to properly screen for the sleeping disorder.

The researchers decided to conduct a cross-sectional study and randomly distribute paper surveys to 750 licensed Minnesota dental hygienists. Besides measuring their knowledge about the sleep disorder, the Obstructive Sleep Apnea Knowledge and Attitude (or OSAKA) survey evaluated whether the dental hygienists conducted the proper screening protocols for obstructive sleep apnea.

Based on their findings, Reibel discovered that only a small number of respondents (9.6%) used a valid way to screen patients for obstructive sleep apnea. However, 89.3% conducted routine medical practices like examining the patient’s head and neck or taking their blood pressure. The mean self-reported score on knowledge about obstructive sleep apnea was 3.5 on a scale that went from zero to 10. Meanwhile, the respondent’s knowledge score ranked at 9.5 on a scale that went up to 17, and the average attitude score was 3.2 on a 5-point Likert scale. Interestingly enough, Reibel and her associates did not discover any differences based on the dental hygienist’s age, type of educational degree, or length of practice.

Overall, dental professionals should educate themselves on the right way to assess a patient’s health so they can determine if they are at risk of developing the sleep disorder in the future. Reibel also believes the state of Minnesota should include more educational material about obstructive sleep apnea in the curriculum for dental hygiene professionals so they can accurately assess and refer patients who are showing signs of the disorder. 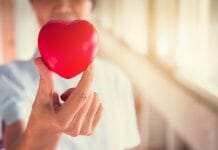 Caring for Yourself as a Dental Hygienist 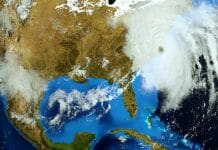 In the Eye of the Storm: Dental Professionals Help with Hurricane... 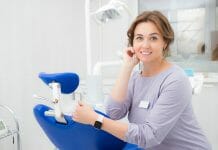 Finding Acceptance In and Out of the Dental Operatory 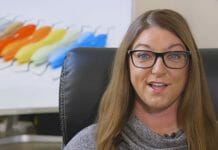 VIDEO: Why Dental Temps Should Consider Investing in their Own Instruments