Periodontitis is a damaging and even dangerous oral disease created by virulent bacteria infecting the gingival tissue and weakening the periodontium which can damage the supporting structures of teeth. Periodontitis can cause an increased chance for tooth infections, loss of teeth, and affect other systems of the body. As in many countries, periodontitis is prevalent in Iranian adults over the age of fifty. Oral Health Status And Associated Lifestyle Behaviors In A Sample Of Iranian Adults: An Exploratory Household Survey, researched and written by Leila Jahangiry, Raziollah Bagheri, et al., is a study discussing the hygiene behaviors in a growing population of older Iranian adults to discover the reason behind their high prevalence of periodontitis. While this research is not U.S. based, one can draw parallels to the aging population we are seeing in the U.S.

Poor oral hygiene is serious. The pain and discomfort that arises from periodontitis aren’t all we have to worry about. Biofilm accumulates and bacteria thrive. Swallowing, chewing, and speaking can become difficult, even impossible, and the quality of your attitude, your work, and your sleep patterns suffer. Cardiovascular disease, diabetes, and myocardial infarctions have been exacerbated by periodontal disease and with the disease, we have a 20% chance of developing the same disorders.

The population of Iranians aged fifty years and older is expecting a significant growth spurt and it has been reported that there is a lack of education given to older adults about their oral hygiene. They may stop routine dental check-ups and only visit during a bout of pain. A growing aging population means an increase in emergency interventions, rather than preventative care. It seems that dental professionals may back off reminding their patients who do come in preventatively due to respect for the individual’s age and the assumption that they are old enough to know what to do. But we all need reminding and support to continue a healthy routine.

This study requested information on individual dental hygiene practices, behaviors, and current dental status to establish a base of information in order to create appropriate intervention programs. A household survey, specifically the World Health Organization’s (WHO) oral health assessment questionnaire, was given in Tabriz, Iran, and 2,310 households responded fully and qualified for the study.

The survey showed researches that 72% of those studied had at least twenty natural teeth but only 50% of those aged 51-65 had more than twenty. Almost 7% had missing teeth. Iranian adults who are currently aged 35-44 have a substantial number of dental caries and serious issues. 8% of the participants were completely edentulous. 20% of Iranian adults have some sort of dental addition, such as dentures and partials. All of this leads to the fact that older Iranians had substantial dental problems. Just over a third of adults aged 51-65 reported very poor oral health practices and routines. 75% of younger adults, aged 18- 35, reported brushing their teeth once a day and only 20% brushed two times or more. Older adults in the study were much less likely to brush their teeth more than once per day. Only 23% of the entire group cleaned interdentally.

It was discovered that the older Iranians had a serious deficit in dental hygiene education and their general culture did not emphasize the healthy practices needed to maintain their oral health. The youngest adults had a greater knowledge of dental practices because they have more access to preventative appointments and their culture emphasizes the subject more. Only 30% of the studied population had visited the dentist within the last six months and most reported that it was due to pain and not checkups and cleanings. The visits were driven by pain. This study also showed that the idea of cleaning interdentally is seriously lacking in the population and education of its importance is vital and should be repetitive, even with the older adults. Reports on diet showed that a third of the adults consumed sugary sweets at least once a day and drank sugared tea once a day.

Though the population involved in the study were from a single city (Tabriz), it should be close to representing the mores of Iranians as a whole. Many of the participants felt that their hygiene practices were sufficient when they were anything but. Emphasis should be placed more on preventative appointments as opposed to emergency visits. Planning strategies should consider the above statistics and findings as a base for their education programs. 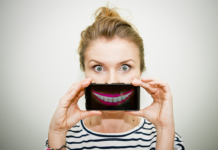 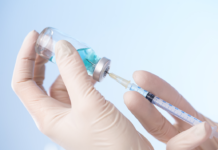 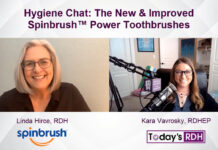 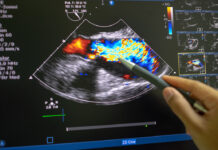