According to a report by WHO, an average of one billion people globally suffer from mental health disorders. Factors such as war, climate crisis, and social and economic problems are the greatest threats to mental health.

Mental health problems become evident when you have signs and symptoms that interfere with your ability to perform everyday activities. Such disorders can negatively affect your work, school, and relationships.

According to research published at JAMA Network Open, there could be a relationship between the growth marks on a child’s primary teeth with their mental health. Erin C. Dunn, ScD, MPH, a professor of psychiatry at the Harvard Medical School, was the senior author of a cohort study to establish if primary teeth could indicate a risk of being susceptible to mental health disorders later in life.

In this study, 70 primary teeth were collected from 70 children and analyzed under a microscope. Three measurements of the neonatal line (NNL) were obtained at three locations along the extension of the tooth crown: within the cuspal third, the middle third in lateral enamel, and the cervical third of the tooth crown, where the line is closest to the enamel dentine junction (EDJ).

The EDJ, often called the dentinoenamel junction (DEJ), is the boundary between the enamel of the crown and underlying tissues and, more specifically, where five different structures meet, which can provide data on development and evolution.

-Any stressful events that occurred during the prenatal period

-Any familial history of mental-related problems

-Social or economic issues in their neighborhood

-Level of support from friends and family during the pregnancy

The researchers noted that the thickness of the neonatal line was associated with the mother’s mental health during and after the pregnancy. Specifically, children whose mothers experienced high levels of physical and mental stress had thicker NNLs. On the other hand, children whose mothers had flourishing mental health during and after pregnancy had thinner NNLs.

-Children born to mothers who self-reported having severe lifetime depression history had wider NNLs by 3.4 μm compared with children whose mothers were unexposed, an estimate close to 1.5 times the SD (standard deviation) of the EDJ measure.

-Children exposed to high maternal depression or anxiety symptoms at 32 weeks gestation (as opposed to lifetime exposure) had a wider measure of 2.3 μm in the EDJ portion of the NNL.

-Being born to mothers with high social support shortly after birth was associated with a 2-μm narrower measure in the NNL width in the EDJ portion.

-A suggestive association between exposure to high social support and NNL widths in the outer enamel cuspal portion also emerged.

Exposure to everyday physical stresses such as disease or poor nutrition can interfere with the proper formation of dental enamel. Children exposed to these stress factors will have thicker neonatal lines or growth lines, often referred to as stress lines.

Insight into the “Why” of this Research

As a social and psychiatric epidemiologist and an investigator at Massachusetts General Hospital (the original teaching and largest teaching hospital for Harvard) in the Psychiatric and Neurodevelopmental Genetics Unit, Dr. Dunn studies the effects of childhood adversity. Research suggests that childhood adversity is responsible for up to one-third of all mental health disorders. Science Daily reported that Dr. Dunn “is particularly interested in the timing of these adverse events and in uncovering whether there are sensitive periods during child development when exposure to adversity is particularly harmful. Yet Dunn notes that she and other scientists lack effective tools for measuring exposure to childhood adversity. Asking people (or their parents) about painful experiences in their early years is one method, but that’s vulnerable to poor recall or reluctance to share difficult memories. ‘That’s a hindrance for this field,’ says Dunn.”

Children begin exfoliating primary teeth at about age six, and more than half of all mental health disorders are diagnosed by early adolescence; intervention around this time is critical and can have lifelong benefits. Because of this, the researchers suggest that collecting exfoliated primary teeth and sending them to specialized laboratories for analysis could help detect adverse exposures of stress that may otherwise be hard to detect. “In turn, the results could help identify children at risk and direct them toward evidence-based intervention programs, long before the onset of mental health symptoms,” state the researchers. 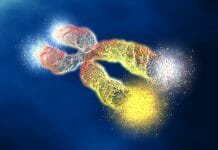 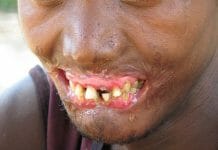 Noma (Cancrum Oris): A Case of a Third World Disease in... 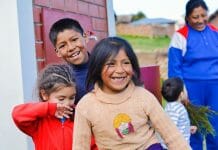 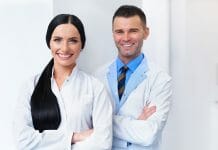