Have you come across a patient with osteosarcoma in your clinical dentistry experience? Pre-teens and young adults have the largest potential of developing this cancer in various places on the body, but it is pretty rare. Only an average of 400 of these kids are diagnosed in the U.S. each year, which means even fewer adults and toddlers happen to develop it. But it is possible.

Osteosarcoma of the jaw accounts for only 6%-7% of osteosarcomas, as it often occurs in long bones of the body. “The mandible is marginally more common site than the maxilla and tends to occur in the body and the ramus, whereas the canine and premolar are more likely sites in the maxilla.”

Researchers interested in early recognition and treatment found that there is a disconnect of information and communication between osteosarcoma when it appears in the mouth rather than in another place on the body. Osteosarcoma of the Jaws: A Case Report calls this a ‘diagnostic dilemma’ as our patients may be confused about where to go for help, and dental clinicians may misdiagnose it.

To be fair, osteosarcoma can mimic an ordinary lesion or blister if you don’t know what you are looking for. If it is ignored or swept to the side, cancer can spread into the heart and lungs, taking the survival rate from 70% for early diagnoses down to 30%. Those are terrible odds that could be avoided.

At the same time, as mentioned above, even if a patient keeps regular dental visits, one can get misdiagnosed, which delays the proper treatment. It is estimated that dental clinicians are the first to diagnose osteosarcoma lesions (45% of diagnoses) in the mouth. However, according to researchers, “The diagnosis is often wrong leading to treatment of the lesion in 2/3 of cases with tooth extraction and half with antibiotics.” The misdiagnosis is often of a periapical lesion or odontogenic lesion. Other differential diagnoses include fibrous dysplasia, ossifying fibroma, and chondromyxoid fibroma.

Osteosarcoma of the jaw accounts for only 6%-7% of osteosarcomas, as it often occurs in long bones of the body. “The mandible is marginally more common site than the maxilla and tends to occur in the body and the ramus, whereas the canine and premolar are more likely sites in the maxilla.” The cause of osteosarcoma is unknown; however, environmental factors such as ionizing radiation and chromium oxide, a radioactive scanning agent, have been postulated.

Symptoms of osteosarcoma include:

These symptoms are considered ‘nonspecific’ and, again, can easily be confused with the more probable periapical or odontogenic lesions. Radiographics are also nonspecific, and osteosarcoma could present as lytic, sclerotic, or a mixed lesion.

If the tumor has forced its way into the periosteum, spicules of bone may grow off it and push outward through the gingival tissue. The surface of the lesion has been compared to a ‘sunray.’ Periodontal ligaments may stretch, especially near the lamina dura.

Treatment for this type of cancer takes a multidisciplinary approach. Chemotherapy, radiotherapy, and deep histopathological research are common approaches, though radiotherapy is usually reserved for the most serious cases. A hemimandibulectomy, or excision of the hemimandibule, may even be necessary.

As dental clinicians, our ability to recognize these symptoms in our patients could lead to early detection and treatment. An early diagnosis is a patient’s best bet for a full recovery. If we detect a lesion, it’s best to be safer than sorry and refer the patient for a biopsy and histological report. Our keen eyes could save a patient’s life. 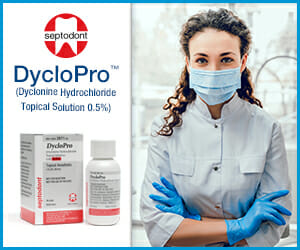 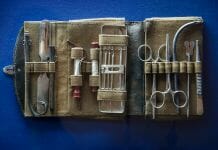 The History of Dental Hygiene: Development through the Years 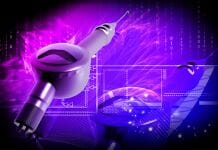 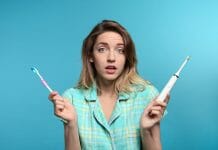 Electric Brush Vs. Manual Brush: Which is right for you? 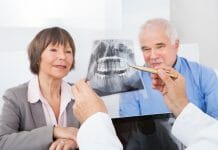